Bernie Sanders curses out Donald Trump demagoguery: "That kind of crap is not going to work in the United States of America"

"I think what the American people understand is that given the problems that we face, we’ve got to stand together" 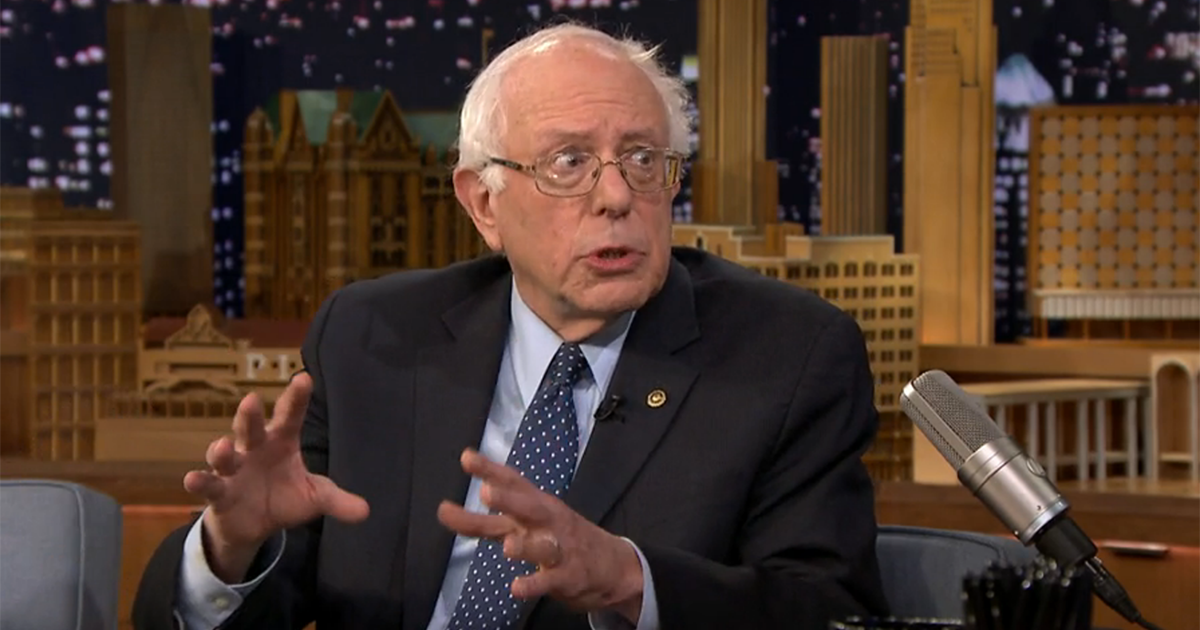 "The Tonight Show with Jimmy Fallon" isn't known for being all that political, but slowly presidential candidates have started to appear. Since September Fallon has had Donald Trump, Carly Fiorina and Hillary Clinton. Tuesday night was Bernie Sanders' chance to charm America and crack some jokes.

Sanders is known for staying on his message about the economic inequality in America and he did not disappoint, saying that he looks to leaders like FDR as previous presidents who lead with solid policies that helped build the middle class. "That is a model to follow," Sanders said. "He was a great president."

But then it was time to get down and dirty about the latest round of Donald Trump nonsense. "Throughout history, you’ve had demagogues trying to divert attention away from the real issues," Sanders said. "And what someone like Trump is trying to do is divide us up. A few months ago, we were supposed to hate Mexicans that he thinks are all criminals and rapists. Now, we are supposed to hate Muslims. And that kind of crap is not going to work in the United States of America."

The crowd cheered louder than the right-wingers at a Trump rally.

"I think what the American people understand is that given the problems that we face, we’ve got to stand together, come together, and create a decent life for all of our people and stop this scapegoating of one group or another," Sanders continued.

Finally in true Fallon style, he got Sanders to play a game he called the "Whisper Challenge" but didn't include spreading rumors about GOP opponents. While Sanders wore headphones blasting music, Fallon tried to whisper things to get Sanders to understand him. It took a while for Fallon to figure out "Iowa caucus." Caucus can be a very dangerous word to try and guess on network television.

Sanders connecting with the youth of America