Larry Wilmore & Co. really went for it after the Donald vowed to ban all Muslims from entering the U.S. 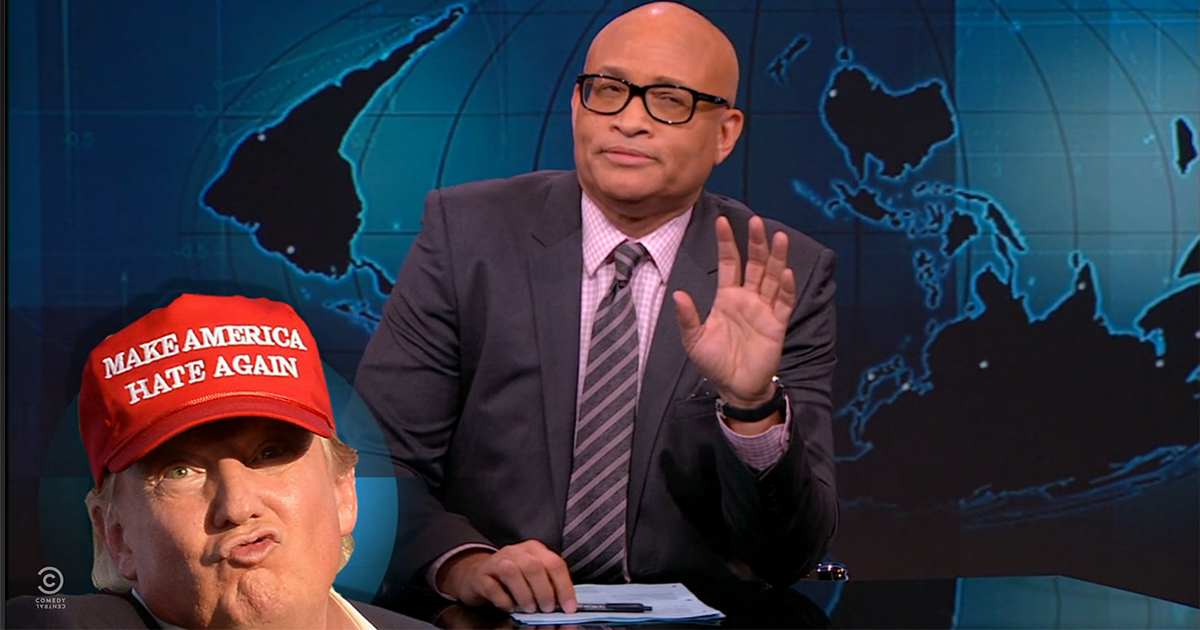 "Nightly Show" host Larry Wilmore isn't sure which is worse: Donald Trump for wanting to ban all Muslims or the massive crowd of tea party members who cheered after he said it. He settled on the people cheering but for comedy's sake, "Donald J. Asshole" is the easier target for Tuesday night's show.

Wilmore was curious how this whole "banning Muslims" thing would work and rolled a clip of Trump saying a Customs Agent would simply ask someone "are you a Muslim" before they enter the country. The person would say no and move right through. High security there, Trump. "Everyone knows ISIS's one weakness is they can't tell a lie," Wilmore joked.

But shock of all shocks, "former human being and current Frankenstein's monster's attempt at a Frankenstein monster, Dick Cheney must have put in his reasonable heart today, you guys. That's the only explanation for why he would criticize Trump and take a break from his busy schedule of strategizing with Pol Pot's ghost and stealing children's dreams."

Wilmore then solicited the assistance of someone who might actually know what's going on in Trump's head: Donald Trump's hair (a wig with eyes on a sock talking from comedian Mike Yard.) But it wasn't long before Yard said that he couldn't take the bullshit any longer. "It's just not funny anymore, Larry. I mean, this man is an abomination of a human being," Yard said. "Trump can suck a rotten rat head infected with rabies. Fuck Trump," the wig still talking next to him.

Given that "Harry Potter" author J.K Rowling agreed that Donald Trump is worse than Voldemort they went to discuss the Donald with Voldemort himself. Comedian Ricky Velez tried to pretend, but he couldn't take it either, ripping off his mask and saying Trump has his anxiety up. "Trump is a cancer eating away at our national dignity. Fuck Trump," Velez said.

Even the Trump Troll couldn't handle anymore and flew in on the drone helicopter to announced his resignation. "I'm an inanimate object. I don't get paid enough to be the mouthpiece for every racist thing that man says. Hey, Trump, fuck you!" Trump Troll exclaimed.

Basically the entire staff sad fuck-all to Trump. Check this out: