Is America ready to use the term "fascist" in our political discourse? Rachel Maddow explores how Donald Trump has mainstreamed extremism

America is slowly coming to grips with Trump's flirtation with fascism 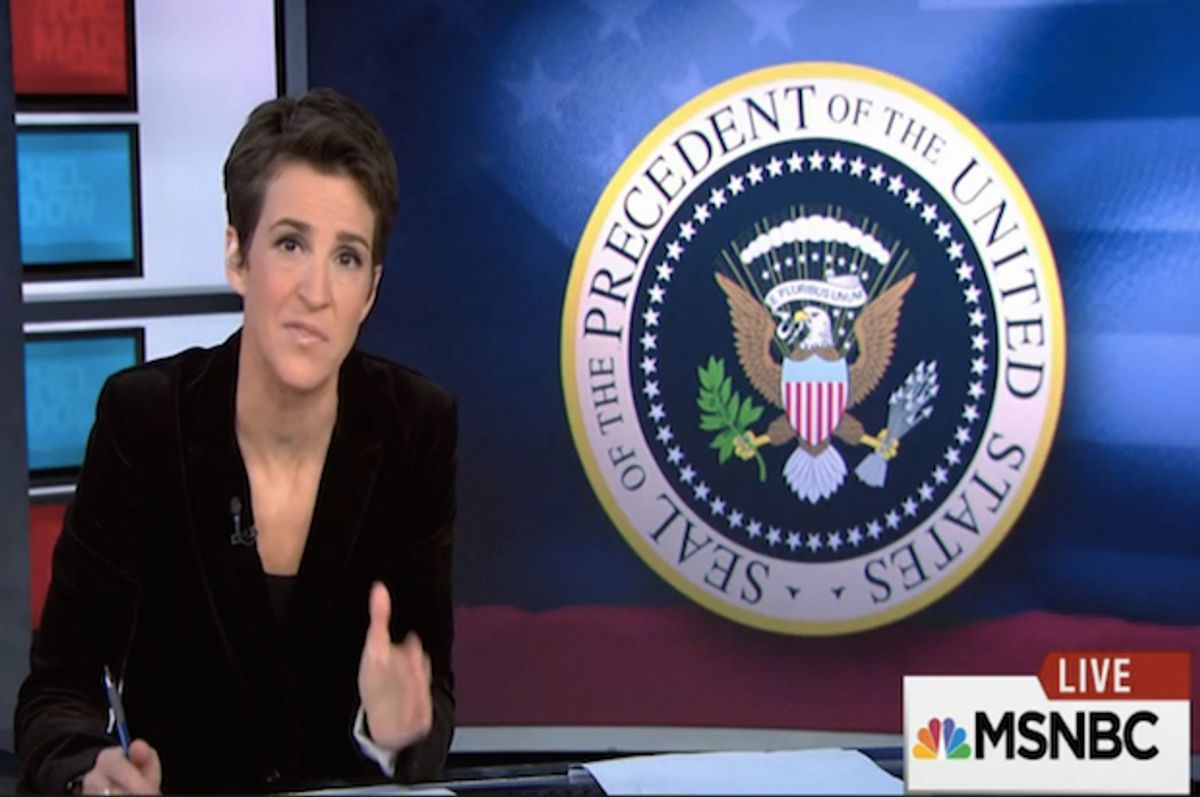 On her MSNBC show Tuesday evening, Rachel Maddow tackled the aftermath of Donald Trump's controversial proposal to ban all Muslims from entering the United States, indefinitely, by turning to the recent history of fascist movements in Europe to help explain Trump's seemingly popular, xenophobic policy proposals.

"Here in the United States," Maddow began, "when the term 'fascist' gets used, it's either talking about other countries, ancient history or it's used as a sort of insult, right, a sort of generic right wing epithet that people use to criticize politicians who are at most on the edge of mainstream American political thought."

Fascist political gatherings tend to encourage or at least expect a little violence around the edges, particularly against counter protesters. Fascistic leaders are aggressively macho and chauvinistic. They are xenophobic about people who they portray as outsiders or some sort of threat to the nation or as weaklings they can denounce. They broke no dissent. They are completely intolerant of criticism and when it comes to policy proposals and governing philosophy, they're not known for nuance. The great leader just gets it done because the great leader is great, and great men do great things. Trust in the great leader.

"We never had an effect well-organized national fascist party in this country," Maddow observed. "But now, with the Republican Party's presidential front-runner proposing that all Muslims should be banned from entering the United States, that perhaps there ought to be a national registry of Muslims, that we ought to looking into Muslims having to carry government ID cards that state their religion, now, the word fascist is being used to describe this ascending and leading Republican politician," Maddow said of Trump.

"What's new is using not some figure of the fringe, not some higher vanguard of crusaders to do this on purpose," Maddow noted of Trump's fascistic turn in the Republican Party. "What's new is having this done by your party's prohibitive presidential front-runner."

Finally, Maddow pondered this question of Trump's American-style fascism: Is Trump "setting himself up to be potentially expelled from the party?":

Whether he's trying to get himself kicked out or whether they're going to keep him within the party and thereby normalize these kinds of ideas ... We all now have to decide whether we're comfortable using this word, whether fascism is too over the top to use in this context of our politics right now in our country or whether it helps because it's accurate, to basically describe this as America's Sir Oswald Mosley moment.