Patricia Arquette urges action on the gender pay gap with an inclusive call-to-arms: "It was never about only actresses or white women to me"

In a guest column for The Hollywood Reporter, Arquette reaffirms and corrects her Oscar speech 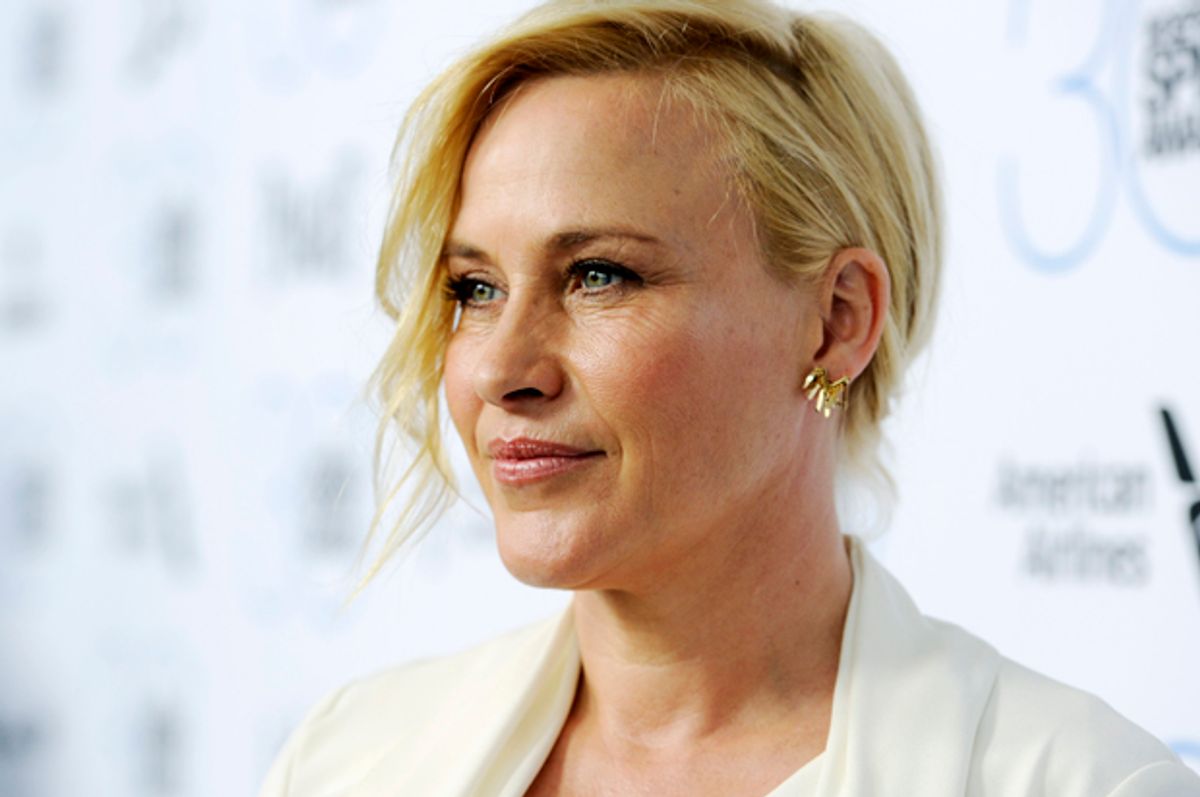 Unless you've lived under a rock in the past months, you have no reason to not know about Patricia Arquette's passionate speech on the wage gap at the Oscars this year. She received an Oscar for her performance in "Boyhood" and used the time for her thank you speech to demand wage equality for women. However, the content of her speech, mixed in with some of her comments backstage received praise and backlash, as she failed to include all women in her crusade. Her lack of talking about intersectional feminism brought criticism and commentary, and Patricia responds in a new guest column at the Hollywood Reporter.

The Hollywood actress and Oscar winner summarizes how she's absorbed more knowledge on the subject and has evolved: "Since the speech, I have learned a lot more about the feminist movement and how women of color have been left out of the process. I understand that more now. I am really sad that I may have added to their feeling of being excluded."

Arquette uses the column to apologize for her mistakes as she advocates for women rights, and clears the air with statements she things may have been misunderstood.

"I blame myself for my stupid wording that night when I was calling for male activists to have our backs and remember women, to support the women's movement and to include women in the conversation. I was talking about the really devastating consequences of the women's movement stalling out. It was my own lack of clarity backstage that made some women feel left out or slighted. This of all things makes me sad, because they are my heroes."

Arquette continues: "When I brought it up, I was talking about all women. I meant Native American women, Asian women, Latino women, African-American women, trans women, lesbian women, white women." Arquette backs up her claims with statistics ("Wage disparity costs the average woman $400,000 and robs women with higher education of $2 million over their lifetime"), and states, "It was never about only actresses or white women to me."

And unlike her speech at the Oscars, Arquette acknowledges members of the LGBT community in the column, saying, "We also need to hear more about our lesbian sisters and our trans sisters. Our trans sisters are the most likely women to be living in deep poverty, with 15 percent of them making less than $10,000 a year. That's crazy and needs to change."

And Lena Dunham, long time advocate for woman's rights and one of Hollywood Reporter's Power Top 100 for the second consecutive year, appreciated the conversation on women's rights in her speech at the Hollywood Reporter's 2015 Women in Entertainment Breakfast. The 29 year old "Girls" creator and star says, "I want to thank all of you for brilliantly and stylishly cleaning up the mess that Hollywood has made of equality and diversity."

Dunham continues to talk about this "mess" by referring to her mentor, the late Nora Ephron. Ephron's letter with a list of things she wouldn't miss when she died included talking about women in film. Dunham says she, too, is sick of talking about it. But it has to be done, according to Ephron and Dunham. Dunham says that the conversation on gender equality has reached a "fever pitch," in part due to Patricia Arquette's outspoken speech, and consequent activism on the subject like Jennifer Lawrence's viral essay Dunham published in her Lenny newsletter this fall. But some could say that Arquette is a single voice, as are Dunham and Lawrence and the other women in Hollywood calling for change. And Dunham has a solution for this. She pushes her peers and mentors to work together instead. "I am advocating for all of us here to make it our mission to use our resources and turn this around as a team … It’s the right thing to do and it’s the only thing to do."