S.E. Cupp and Trump spokeswoman brawl over Muslim immigration ban: "So what? They're Muslim!" 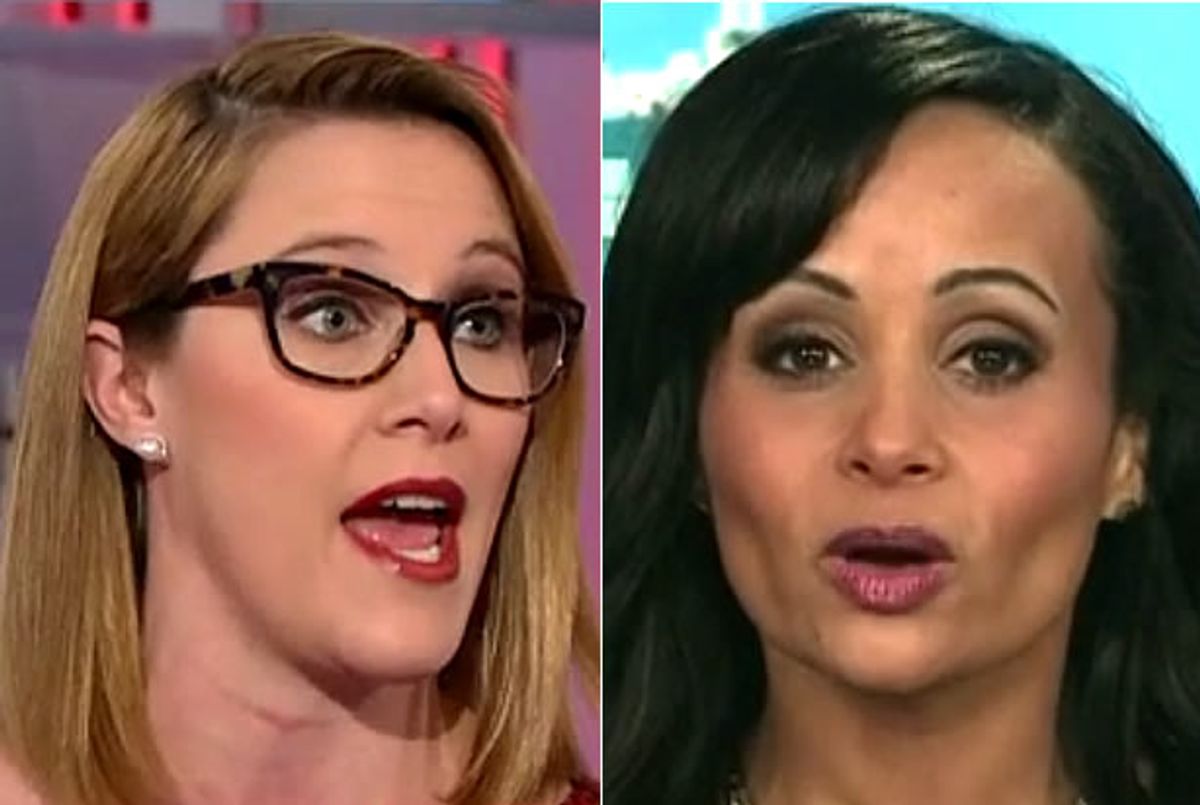 Donald Trump's campaign spokeswoman, Katrina Pierson, appeared on CNN's "The Lead" yesterday to insist that her candidate's plan to bar all Muslims from immigrating to the United States is "really nothing new," and even if it were, it wouldn't matter because "So what? They're Muslim!"

Cupp began by noting that Trump's plan is "pretty dumb, as there's really no way to ensure that people coming to the United States are telling you the truth about their religion." Moreover, not only does it "give ISIS what it wants," it's "morally repulsive, unconstitutional, and un-American."

Unless Congress "goes bananas," she added, Trump will never be able to enforce this policy, so "I think he's going to be a very disappointing president, if he ever gets elected."

Pierson replied that "there's no constitutional requirement to allow anyone to immigrate to the United States, and there [are] already laws on the books giving Congress the authority to ban immigration from nations that are hostile to us."

While Cupp laughed in the split-screen, Pierson continued, saying "Trump really doesn't care what ISIS thinks or wants, all he cares about is the American public."

"It's not that simple," Cupp replied, "that's why so many people on both sides of the aisle have denounced this. It's not 'nothing new,' as you say, there really is something new about banning an entire religious group from the country."

Pierson shot back that "never in American history have we allowed insurgents to come across these borders!"

"Yes," Pierson said, "from Arab nations. But you know what? So what? They're Muslims!"