"Freedom of speech is as imperishable as the Flame of Anor," Colbert said 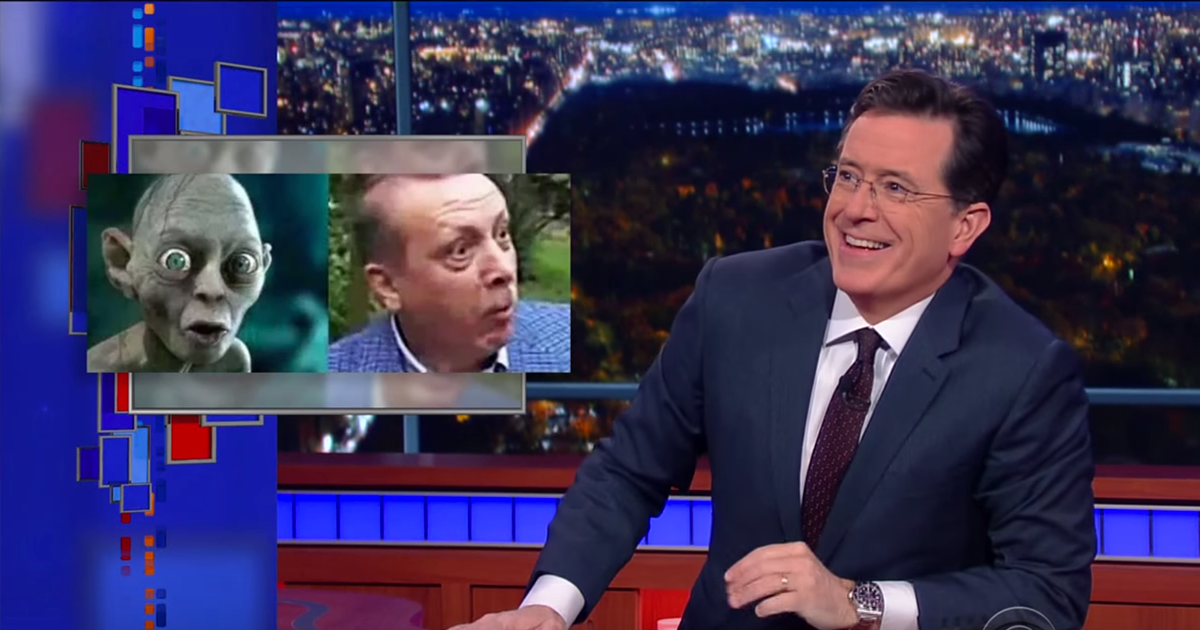 A man's life is at stake in Turkey all because President Recep Tayyip Erdogan (not a Lord of the Rings character) was insulted. Imagine a world where you couldn't insult political leaders.

But in the land that freedom of speech forgot, physician Bilgin Ciftci (not a Lord of the Rings character) has already lost his job and faces up to two years in prison for a meme comparing his country's president to what the courts say is Gollum, an actual "Lord of The Rings" character. Now, the judge in the case is seeking a "Gollum expert" to help refute or defend the charges.

Peter Jackson, director of the films, has jumped to the man's defense saying the images used were not insulting as they captured Smeagol, Gollum’s friendly alter-ego. But Jackson also said that he has never before found a bigger Tolkien nerd than "Late Show" host Stephen Colbert, who spent his teens absorbed in the novels that assigned him to a lifetime of nerding.

Colbert used his American free speech to insult President Erdogan's mustache by saying it looked like his nose was a teepee for a caterpillar. He then pulled out his fandom expertise to "explain to the Turkish court why this man is innocent of a crime that shouldn't be illegal anyway."

Dressed in a white suit and with his hair styled exactly like Gregory Peck in "To Kill A Mocking Bird," Colbert recreated a trial scene using what he knows best. It's a thing of beauty: