"He's self-financed, recruits through social media, attracts his followers with a radical ideology..." 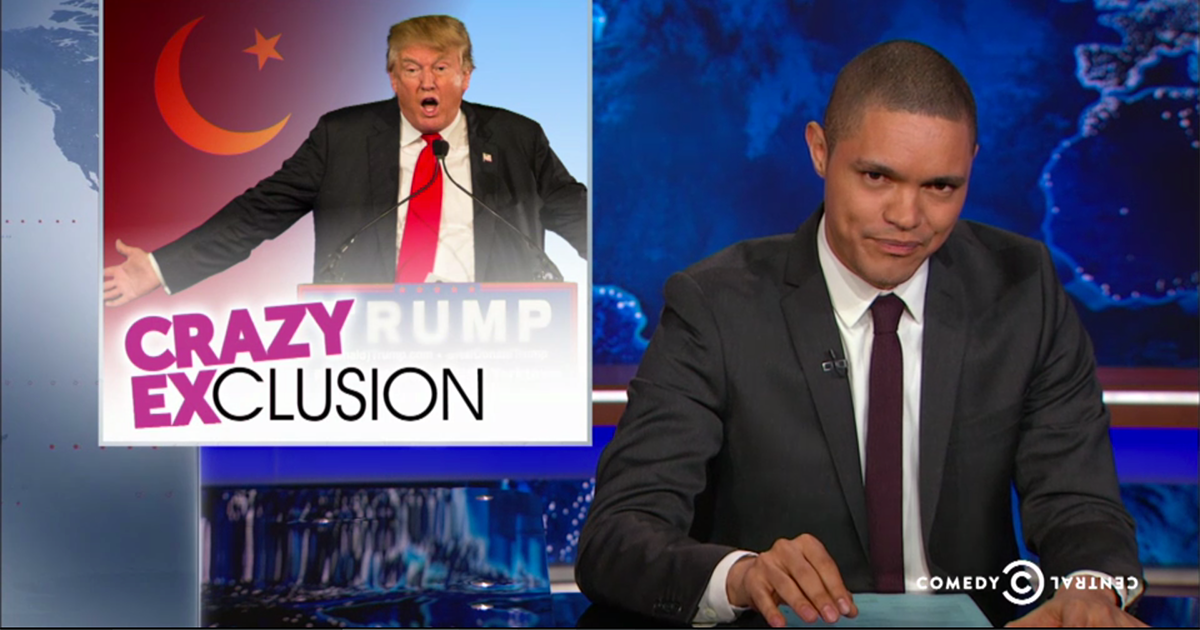 In the late-night political comedy war that is mocking Donald Trump, "The Daily Show" threw down one hell of a gauntlet Tuesday evening. T

rump has spent the aftermath of the San Bernardino shooting spreading his Islamophobia and Muslim bigotry. But more, he's fulfilled the label that ISIS likes to place on the West, by fueling assumptions that all Americans ascribe to the "radical ideology" of Trumpism. Imagine an entire population of people being lumped into being just like Donald Trump.... that'd be like saying all Muslims are like ISIS!

That's why Trevor Noah says that all conservatives must be banned from entering the White House. These people meet all of the criteria for being radical Christian terrorists capable of anything. "White ISIS" or WhISIS could attack at any time.

"Daily Show" correspondent Hasan Minhaj, a peace-loving American Muslim, said Trump is absolutely right to keep Muslims out, not because they’re a danger, but rather there’s a "racist maniac" on the loose in America and his name is Donald Trump. He's "an extremist leader who came out of nowhere" is "self-financed, recruits through social media, attracts his followers with a radical ideology to take over the world and is actively trying to promote a war between Islam and the West."

And "where are all the moderate white conservatives?" Minhaj asked mocking the similar question asked about the Middle East. "I mean, come on! They've got a responsibility to step up and speak out against WhISIS is because I'm sick of this!"

Noah tried to show him moderates did exist by playing the clips denouncing Trump's statements, but Minhaj was unconvinced. "I don't know, Trevor, I don't buy it," he said. "I still don't feel safe. So, look, I know there is a lot of nuance to the situation and every conservative is not the same, I know. But it's just easier on my brain to be irrationally afraid of an entire group of people! So, until we can figure out what's going on here, I, Hasan J. Minhaj, say we should not allow any conservatives into the White House!"

It seems the Daily Show is really stepping things up since Thanksgiving. Check out the video below: