You don't have to like Farrah Abraham to believe her: Backlash against the reality star accusing James Deen of rape suggests we still want a "perfect" victim 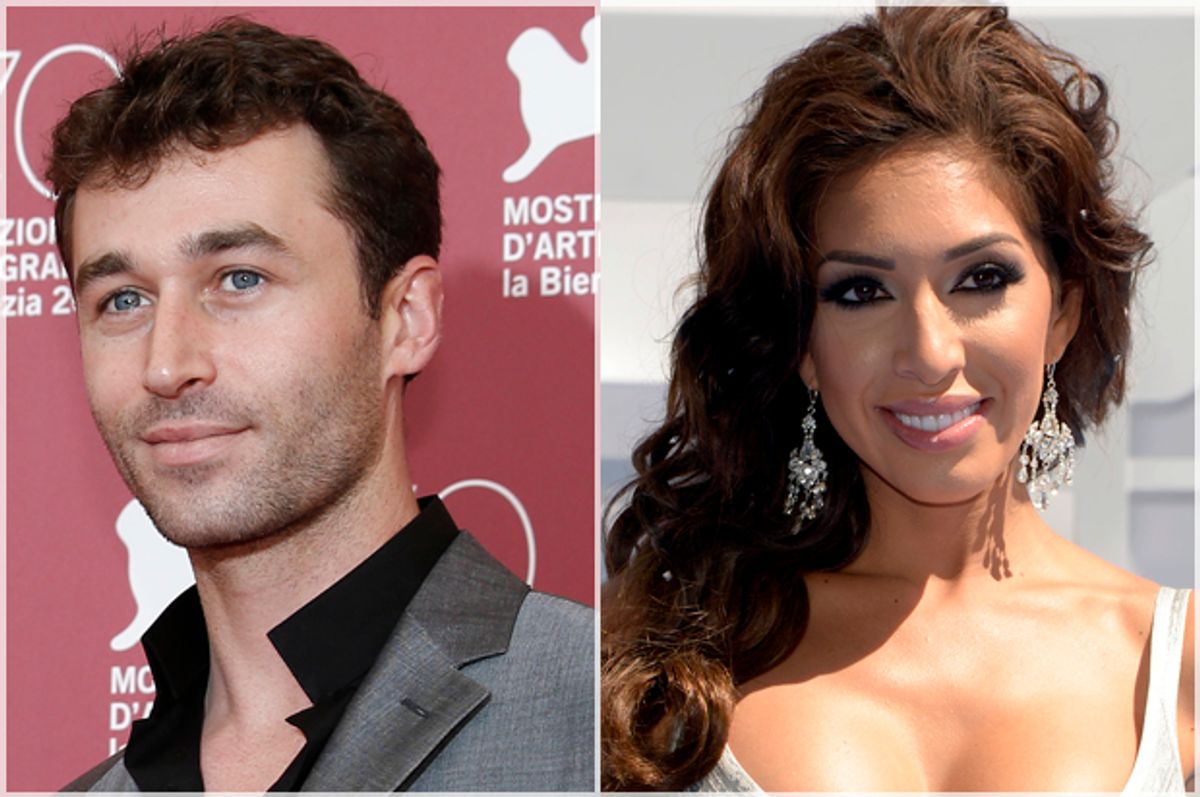 This week, reality TV star Farrah Abraham became the ninth person to accuse porn star James Deen of assault. Abraham, known for her stints on MTV’s "16 and Pregnant" and "Teen Mom," alleged in an interview with the Daily Mail that Deen sexually assaulted her after filming a sex tape together in 2013; this was a time in which she claims the two were in a relationship. “James Deen raped me for his benefit of fame,” she said. “He conspired against me with others that I thought were my friends at the time, and that was very hurtful.” Farrah Abraham called Deen “abusive, pushy, and manipulative.”

Reports later surfaced that the video in question was, in fact, not a “leaked” sex tape but a film that Farrah Abraham paid Deen to co-star in, which has led many to dismiss Abraham’s sexual assault claims. James Deen Truthers (yes, that’s a thing) tweeted: “#FarrahAbraham has a long history of lying about @JamesDeen for publicity.” (A Daily Beast interview with Deen, in which he addressed specific allegations, was conducted before Abraham's story came out. The Daily Beast requested a statement from Deen, and the story has not yet been updated.)

In fact, accusations that the reality star is lying about being sexually assaulted have been widespread since early 2014—when she first alleged a history of abuse (without naming the perpetrator) during an episode of MTV’s "Couples Therapy."

Here’s a take from celebrity gossip blog The Superficial on those claims:

“For starters, she conveniently revealed this on a reality show she lied about being in a relationship to get on. From there, she lied about her sex tape, so is it really that big of a stretch that she would make up shocking details about her life to maximize her screen time? … [T]his is probably the worst shit Farrah Abraham has ever done because there’s nothing that hurts the cause of actual rape victims more than attention whores like her who make up false claims and treat sexual assault like it’s a goddamn prop. I don’t even have a snarky ending for this. Just fuck you. That’s all I have. Fuck you.”

This criticism seems to stem from something that should be obvious by now: It’s likely you don’t have a high opinion of Farrah Abraham. She probably won’t win Mother of the Year or earn a Congressional Medal of Honor at any point. But just because Abraham doesn’t fit our societal expectations of who a rape victim is or how they are supposed to behave doesn’t mean she—or any other survivor—is lying about being raped. Cases like Abraham’s alleged assault are why feminist writers Julie Zeilinger and Wagatwe Wanjuki started the #ThereIsNoPerfectRapeVictim hashtag in February: Sexual assault survivors shouldn’t have to be pure, chaste, or even likable to be believed.

In the case of Farrah Abraham, critics suggest that if she’s been caught lying in the past, she must be lying again. She would do or say anything! Earlier this year, Janice Dickinson was similarly alleged to be an unreliable narrator of her own allegations of rape against Bill Cosby because of her outlandish public persona. In addition to being a former supermodel, Dickinson is a reality TV staple: She’s appeared on “America’s Next Top Model,” as well as hosting her own “ANTM”-style show, Oxygen’s “The Janice Dickinson Modeling Agency.” She’s also been featured in (deep breath!) “The Surreal Life,” “I’m a Celebrity Get Me Out of Here,” “Celebrity Big Brother,” “E! True Hollywood Story,” and Celebrity Rehab.”

In a Guardian profile, Emma Brockes said that the image Janice Dickinson has cultivated through decades in the spotlight—“raucous, sarcastic, and camply melodramatic”—has made her “an easy target for derision.” Many accused her of using the Bill Cosby scandal—in which numerous women accused the former sitcom star of assault—as just another PR stunt. Cosby’s lawyers clearly took note, stating: “[I]n her quest to remain in the public eye, Ms. Dickinson has actively cultivated a reputation for outrageous behavior that includes substance abuse, mental lapses, and lying.”

Who Janice Dickinson is doesn’t make the pain she reported any less real, and continuing to insist otherwise only makes it easier to dismiss other victims for being imperfect humans and not afterschool special characters. Take Emma Sulkowicz, the Columbia University student who made headlines after she began carrying a mattress around campus to protest the school’s handling of her sexual assault. Sulkowicz was widely criticized for contacting the man she accused of rape and for staying in touch with him, suggesting that no “real victim” would ever do such a thing. That led the university to throw out her case.

But real victims do lots of things. After getting sexually assaulted at 18, the first thing I did was send my rapist a Facebook friend request. I was still processing what had happened and the full gravity of the event had yet to sink in. When I got home, I told my boyfriend what happened, and he didn’t believe me; he accused me of cheating on him. After all, I met my rapist at a party. We were drinking and having fun and listening to music. I cried but I didn’t stop him. Thus, I must have wanted it. But all I wanted was for someone to tell me that it was OK and that it wasn’t my fault.

I don’t know what happened to Farrah Abraham—and I never will—but I know how critical it is to support every kind of rape victim, even ones that challenge our solidarity. After all, Abraham is almost a cartoon version of the “imperfect rape victim,” someone critics will find no shortage of ammunition to discredit; all they have to go is Google it. But believing her proves why every rape victim should be believed: No survivor is perfect. And in a culture that finds any reason to blame victims or ignore their stories, everyone is Janice Dickinson or Farrah Abraham. I was.