Aziz Ansari's best actor nod: What the Golden Globes tell us about biology, popularity and its rewards

Golden Globe nods went out today, and Netflix beat out HBO this year, including Ansari's for "Master of None" 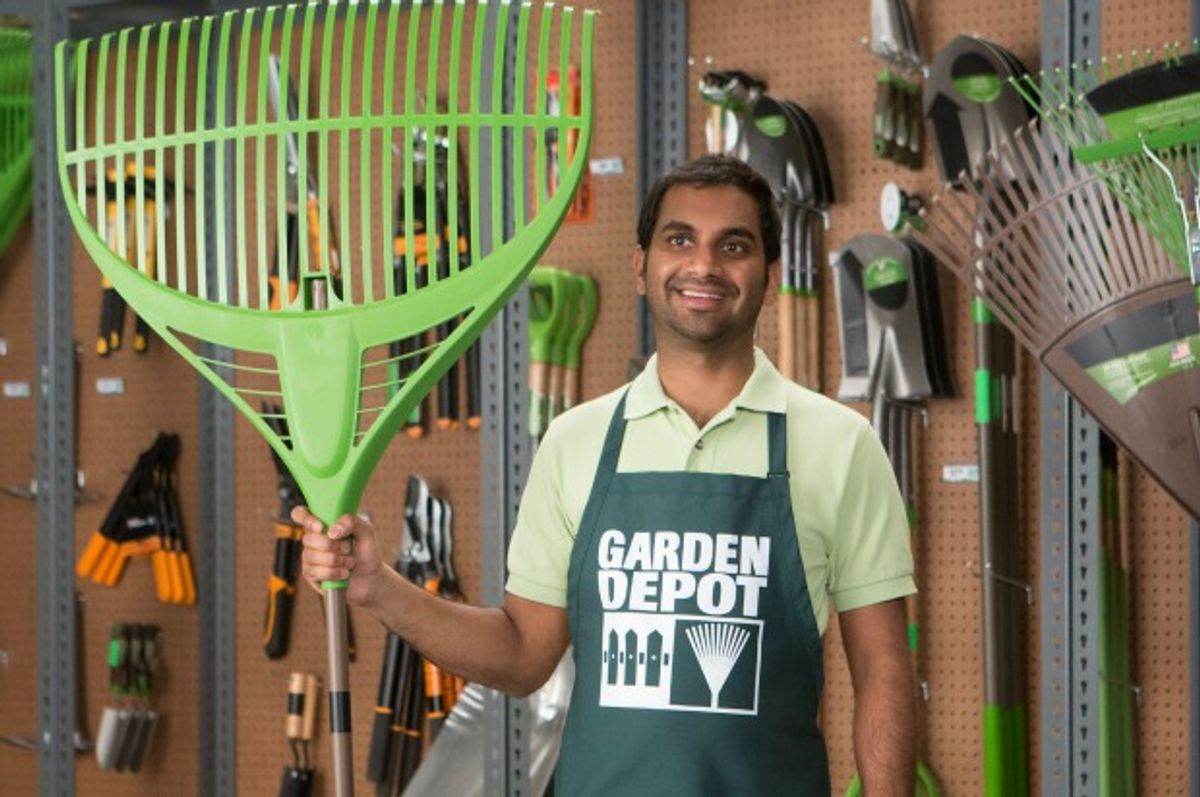 The Hollywood Foreign Press Association announced this year’s Golden Globe nominations this morning, officially kicking awards season buzz into high gear. Let’s get ready for red carpet moments, surprise upsets and drunken speeches by some of the most talented and beautiful actors movies and television had to offer over the last year.

Netflix beat out HBO in terms of total nominations with seven that include nods for actors like Robin Wright in “House of Cards,” Uzo Aduba in “Orange is the New Black” and… Aziz Ansari for “Master of None?” The show is great, and has earned both critical acclaim and a dedicated fan base. Ansari absolutely deserves recognition for his writing on the show. But the acting nomination seems a little misplaced, because Ansari pretty much plays a version of himself. Then again, Ansari himself is insanely likable — which we're now rewarding him for. It’s a perfect example of how awards shows reinforce our social hierarchies by rewarding figures already in public favor. In many ways they serve as a parade of the popular kids in high school, despite the Golden Globes' pointed apathy towards “Mad Men.” (Maybe “Mad Men” is more like the understatedly stylish kid, cooly smoking in the bathroom and far too busy to be in the homecoming court.)

Our interests in the actors nominated for awards has as much to do with recognizing award-worthy performances in the arts as it does our biology. We’re social animals who are naturally inclined to focus on alpha males and females, which often includes Hollywood celebrities. These actors are people we pay attention to both on and off the screen, and heavily influence our culture. Nominations for awards shows like the Golden Globes reinforces who’s important and influential, raising our collective consciousness on contemporary popularity. We’re automatically interested in the lives of the winners; we want to know who they are, where they came from, and exactly how they found themselves at a top tier in the social hierarchy.

A recent study published in Proceedings of the National Academy of Sciences examines popularity, and shows that popular people’s brains all seem to be attuned to the popularity of others. One reason might be because they care about achieving an elevated social status, which makes them more sensitive to interpreting methods to reach it and ways to gauge it. Those who don’t meet this social status receive a neural sense of reward just by looking at popular people, hence our obsessions with red carpet looks and celebrities in general.

Researchers sought to quantify popularity using sophisticated brain imaging to see how our minds track and categorize popularity. Two groups were established of already-existing clubs, and the research team first asked each member to evaluate how much they liked other members of their group. This gave the research team a baseline as to which members of the groups were the most popular. Later, each member was shown an image of every member while functional MRI images were collected as they saw their peers’ faces.

When looking at the data collected from the fMRIs, participants demonstrated elevated activity in reward and motivation networks of the brain -- the same networks that are activated when receiving money or other positive incentives. These systems were activated even if the subject reported earlier that they didn’t necessarily like the person in the picture. This finding indicated humans assess popularity by how well someone is already liked by our peers, meaning that we consider certain people popular simply because they already are.

Interestingly, a person’s degree of neuronal sensitivity when it comes to determining popularity is influenced by how popular they are socially. The more popular subjects of the study were more accurately able to assess how well they’re liked by others, termed “enhanced social attunement.”

When participants viewed a particularly popular face, social cognition areas of the brain were activated, which involve determining other’s understandings of ourselves. This system works in conjunction with the reward and motivation systems, and suggest the more value we put on a person’s popularity, the more we care what they’re thinking. Essentially, people gain influence by already being influential, creating a feedback loop of sorts.

Awards shows like the Golden Globes serve to reinforce social structures by acknowledging and rewarding those already at elevated social tiers. Once an actor, movie or television show wins, the status is further elevated. We care who the winners are wearing, what they’re doing, and what they’re thinking. It sets the tone for professional accolades to come, in addition to social relevance. Oftentimes actors who are already well-liked receive those prestige nominations, which perpetuates the influence they have on our broader culture. The Golden Globes air in early January. Let the games begin.