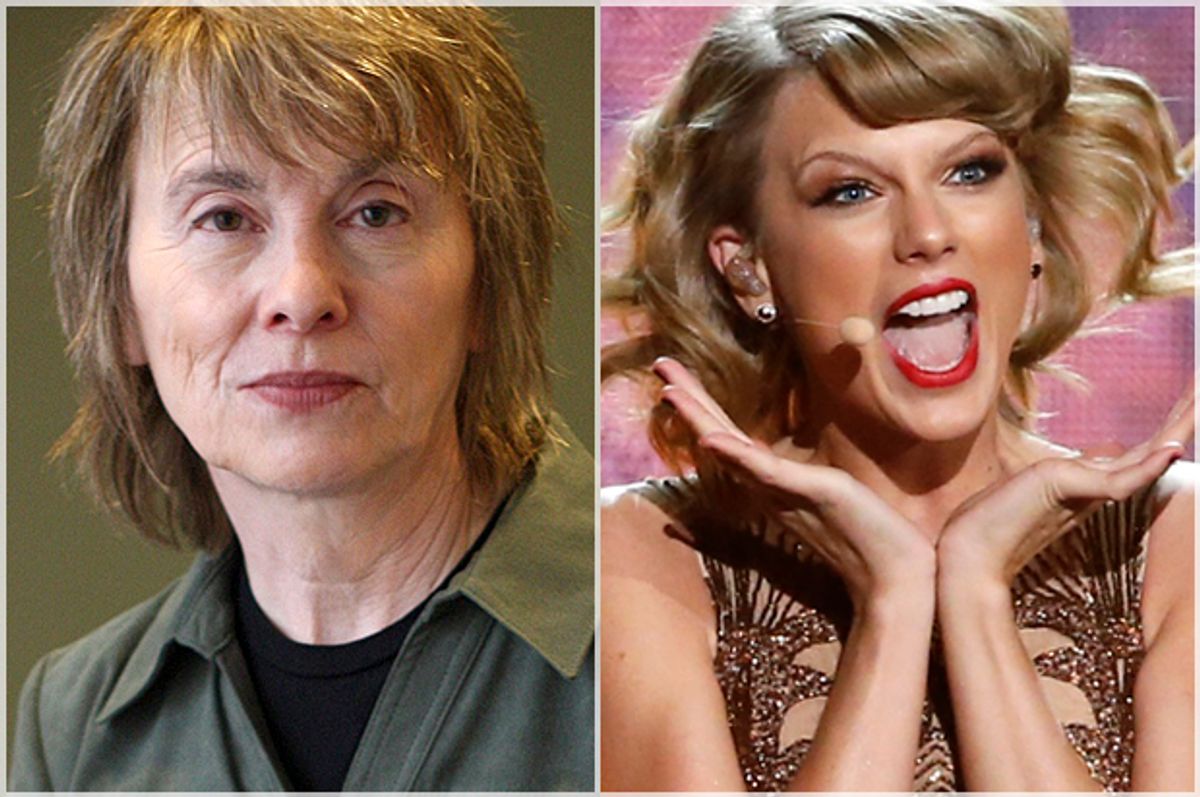 In a new essay for The Hollywood Reporter, renowned academic and cultural critic Camille Paglia carpet bombed the “girly and a bit bourgeois” #GirlSquad trend, recently made popular by celebs like T-Swift, J-Law, and Lena Dunham (L-Dun?).

“Swift herself should retire that obnoxious Nazi Barbie routine of wheeling out friends and celebrities as performance props,” Paglia argues.

“Girl squads ought to be about mentoring, exchanging advice and experience and launching exciting and innovative joint projects,” she continues. “Women need to study the immensely productive dynamic of male bonding in history.”

Paglia suggests instead that girl squads are only a “learning stage,” and that “[f]or women to leave a lasting mark on culture, they need to cut down on the socializing and focus like a laser on their own creative gifts.”