Harrison Ford mocks Donald Trump's presidential fantasies: "Air Force One" was just "a movie, it's not like this in real life, but how would you know?"

Ford, a lifelong Democrat, struck back at the GOP front-runner this week 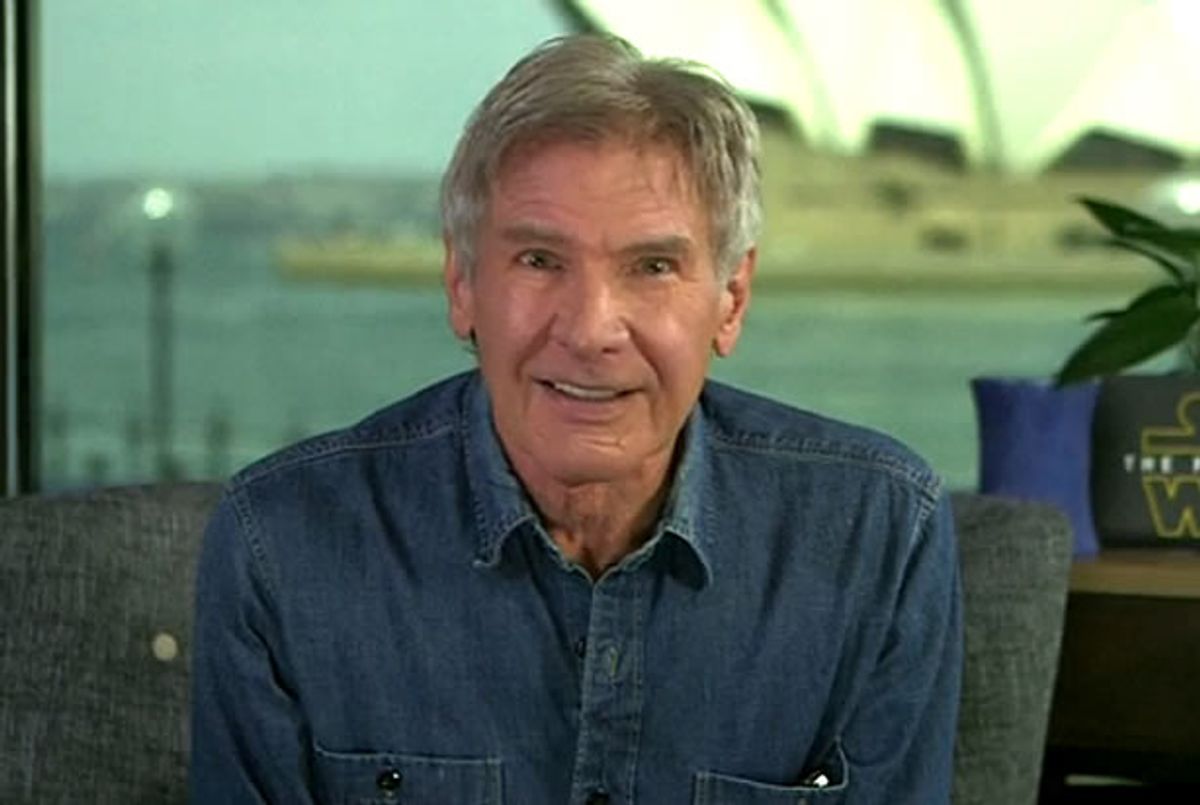 On December 2nd, GOP presidential front-runner Donald Trump gave an interview to the New York Times in which he said that the next president needs to project toughness, and that Harrison Ford's performance in "Air Force One" was a model of such projection.

"My favorite was Harrison Ford on the plane," Trump said. "I love Harrison Ford -- and not just because he rents my properties. He stood up for America."

At the time of the interview's publication, lifelong Democrat Ford declined to comment, but on the press junket for "Star Wars: The Force Awakens" Tuesday, he offered some choice words for the real estate magnate. "It's a movie, Donald, it was a movie," he said leaning in to make direct eye contact with the camera. "It's not like this in real life, but how would you know?"

Watch the entire video below via NBC News.