Maybe if Rubio would show up for work every once in a while he'd see the examples of Islamophobia. Just sayin' 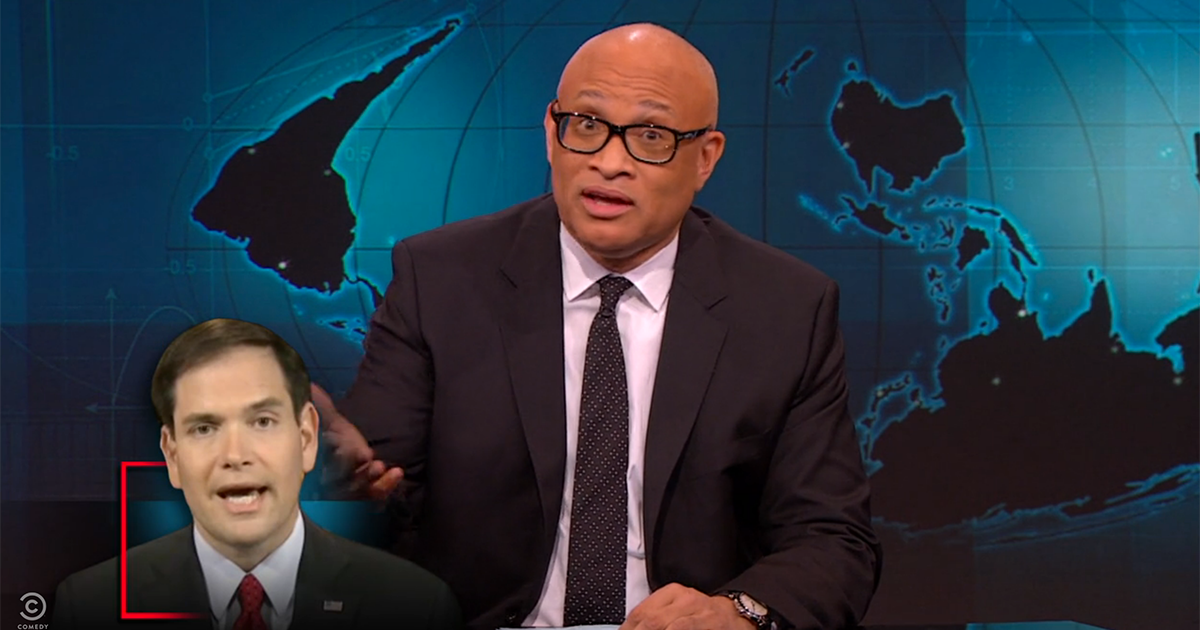 Marco Rubio had the temerity to say on Fox News that there is no evidence of Muslim hate or bigotry in America and he didn't get why President Obama brought it up in his Sunday evening address. Larry Wilmore took issue with that on Wednesday's "Nightly Show" flashing a headline about Trump wanting to ban all Muslims as a major example. Maybe if Rubio would show up for work every once in a while he'd see the examples of Islamophobia and anti-Muslim bigotry.

Wilmore ran a clip of some examples of hate, vandalism, assault and violence against Muslims in the last few weeks but said there were over 6,010,000 results when the staff went to search for discrimination against Muslims in America.

Outside a mosque in Philadelphia, a red pickup truck was seen driving by and hurled a roasted pig's head at the door of the building. Did Rubio think that was just an innocent mistake by a driver? If that isn't enough, armed members of an anti-Islam group protested Syrian refugees outside of a Mosque in Irving, Texas, just before Thanksgiving by pacing around with their semi-automatic weapons. "See something, say something," Wilmore whispered uncomfortably.

Maybe Rubio is dismissive of these specific events as examples of "crackpots" Wilmore said, "but what about this elected representative?"

Enter Nevada Assemblywoman Michele Fiore who recently said she would rather "put them down" than let Syrian refugees into the United States. She then went on to describe just what she'd do by putting "brass" in their "nocular" cavities. "Syrian refugees are displaced because of terrorists!" Wilmore exclaimed horrified by the ignorant bigotry. He was confused what a "nocular" cavity was thinking she probably meant ocular cavity.

Fiore doesn't just pontificate like Rubio does, she's heavily armed while doing it according to the calendar you can buy that features photos of her with guns. In fact, check out her family Christmas card this year: "Christmas is about peace on Earth, not packing a piece!" Wilmore said highlighting the sad photo of the little boy in the middle.

"So, Marco Rubio, next time you wonder why you don't see Islamophobia in America, open your 'nocular' cavity and take a look around. It's right in front of you," Wilmore closed.