"Serial" season 2: The Bowe Bergdahl saga is off to a powerful and strange start

The celebrated podcast digs into Bergdahl's story, riddled with mysteries and political debate 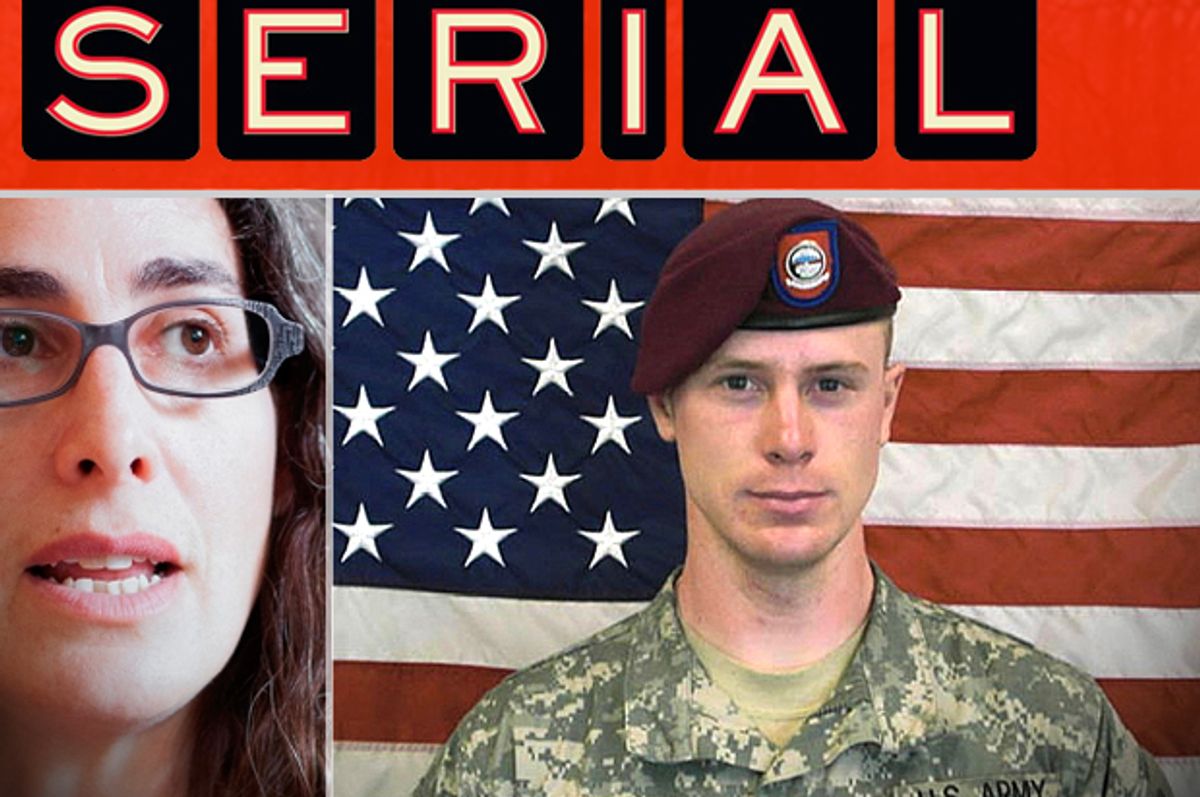 The bizarre story of Bowe Bergdahl, the army sergeant who left his post in Afghanistan and spent almost five years in Taliban captivity, drew plenty of press and media attention when it unspooled in Spring of 2014. After he was traded for Taliban prisoners, a hero’s welcome at the White House Rose Garden quickly turned fraught: Instead of being welcomed home after a terrible ordeal, he was accused of being a deserter, maybe even a Taliban collaborator.

An army investigation led to two charges against Bergdahl: "In the old days,” Donald Trump barked, “deserters were shot.” Was the trade of Taliban prisoners from Guantanamo Bay worth it to get Bergdahl back? Was it illegal?

But despite the flood of fact and opinion, it’s been hard to know how to read the whole thing or make sober moral sense of it. This ends up making the soldier’s story an ideal subject for Season 2 of the podcast Serial, which launched Thursday morning. Though the case is far better known than the Baltimore-area murder that drove the first season, there’s still plenty of enigma left. For one thing, how did the whole thing look to the prisoner himself, a man now so hated among fellow soldiers that he needs a bodyguard when he leaves his base? What motivated him? And what was it like be a Taliban prisoner year after year?

"Through all of this, Bowe Bergdahl himself was a like a ghost, a blank,” Serial narrator Sarah Koenig says in the first episode (which is called “DUSTWUN,” for Duty Status Whereabouts Unknown.) “We never heard from him. He wasn't talking on TV, he wasn't quoted in the newspaper… His story was only going to live in that upstairs realm of pissed-off politicians and military experts and cable TV commentators.” So, at least, it seemed.

But the heart of episode one is made of Bergdahl’s own words. These recordings come from phone interviews done by Mark Boal of “Zero Dark Thirty” and “The Hurt Locker,” who interviewed him over many hours for a film that’s not yet been made. They’re rough, with background that includes the barks of Boal’s dog; as ragged as they are, they add an eerie, almost stomach-turning quality to the first episode.

In the first words we hear from Bergdahl, he describes his “pretty large sense of humor.” He’s not terribly funny, but comes across as cooperative and open with Boal. Many of Bergdahl’s descriptions -- of a solitary confinement in which he did not speak the same language as his captors, for instance -- are frightening, but delivered in a matter-of-fact tone. At times there’s an Everyman quality to him.

At times, it’s chilling. “How do I explain to a person that just standing in an empty dark room hurts?” he says. “I would wake up not even remembering what I was. You know how you get that feeling when that word is on the tip of your tongue? That happened to me, only it was like, What am I? I couldn’t see my hands, I couldn’t do anything. The only thing I could do was, like, touch my face… I can’t scream, I can’t risk that – so you’re standing there screaming in your mind.”

He also talks about a world of freedom just outside a flimsy door. Some of this, needless to say, is difficult to listen to. “Any one piece of this story could keep a person’s mind churning,” the ice-cool Koenig points out.

So why did he leave his base? Bergdahl’s plan, he says, was to trip a kind of alarm (a “DUSTWUN”) to draw attention to what he considered a “leadership failure” in his outfit. Is he a brave whistle-blower? Is he making this up? Is he crazy? (At times, he sounds a bit cracked, like when he compares himself to Jason Bourne.)

Koenig defers all of these questions, for now, in order to dig into his point of view. (“DUSTWUN” includes interviews with other soldiers from Bergdahl’s company, Blackfoot, who help sketch the bleakness of the setting and describe in detail their search for him the day he disappeared. One wonders if Bergdahl is “a complete lunatic,” or a CIA agent. “This has gotta be a drill,” another mused at the time.)

By the end of the first episode, we get a somewhat human sense of Bergdahl – he loves boats, nearly always carried his camera – but listeners will finish the episode still scratching their heads about the guy and his decisions. There’s plenty of mystery to be resolved as the season continues, and in "Serial" style, the episode ends with a little cliffhanger — a truly shocking phone call which sets up the second episode.

The first season of Serial drew so much critical and popular acclaim that the new season’s strong launch is not entirely surprising. Still, given that celebrated programs can stumble (“True Detective,” anyone?), it’s still impressive. This opening episode comes on like a weird mix of “Homeland,” "This American Life," and one of Boal’s films -- and almost every minute of it is heartbreaking and strange.