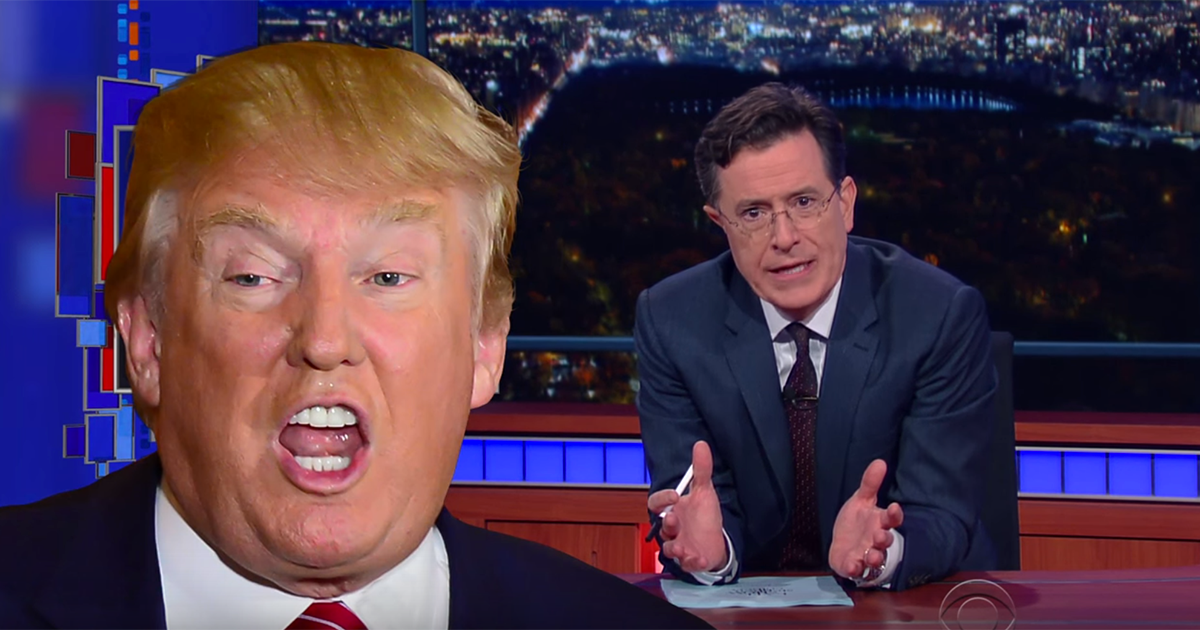 Donald Trump is so obscene and horrific even Republican candidates for president are going out of their way to criticize him. Stephen Colbert announced on Wednesday night's "Late Show" that he stands with Lindsey Graham who said that "Trump can go to hell."

Just practically speaking, Colbert doesn't know how the TSA could even test Muslims for their religion when entering the country. "Though I will say their pat-downs are thorough enough to tell if you're Jewish," he joked. "Maybe we could casually ask them, 'Hey I'm trying to recalibrate my compass, do you know which direction Mecca is?" and then flashed a wide-eyed serious-face. Trump is insulting every major group of Americans except one: white people. "And, frankly, I feel left out," Colbert said.

So, Colbert pledged to talk about someone else for once, like Hillary Clinton -- who Colbert said has been in hiding. "She's harder to find than her emails," he joked. "Just look at the Democrats' debate schedule. So far they've had one primetime, weeknight debate, and their next debate is on CNN December 19th, the Saturday before Christmas, otherwise known as the TV scheduling phantom zone. The only ones watching will be people stranded at the airport weeping into their Panda Express."

Colbert agrees with the GOP that this isn't an accident and Clinton is avoiding large audiences to prevent gaffes. That's why Colbert is suggesting she start speaking at Martin O'Malley events.

Since Clinton is MIA, it makes it even easier to juice up on what Colbert calls the Orange Pony aka Donald Trump. But he avoids it once more to address "former neurosurgeon and eyelid advertising opportunity, Ben Carson" and his recent appearance at the Republican Jewish Coalition where he kept pronouncing Hamas as hummus. "It's true, hummus does rule the Gaza Strip. And frankly, we all falafel about it and the efforts to fix it have been pita-ful. No wonder they dominate the baba ga-news cycle. So if I can just offer a tahini bit of perspective here, I believe American cannot take our security for pomegranate, because terrorism is a greater threat than global shawarmaing and if you think this situation is just going to go away, you're couscous."

Colbert then tried to show he could talk about Jeb Bush but he fell asleep. So maybe Trump really is the only one to talk about.