The novelist and podcaster thinks he's the guy to defend James Deen. It predictably goes poorly for him 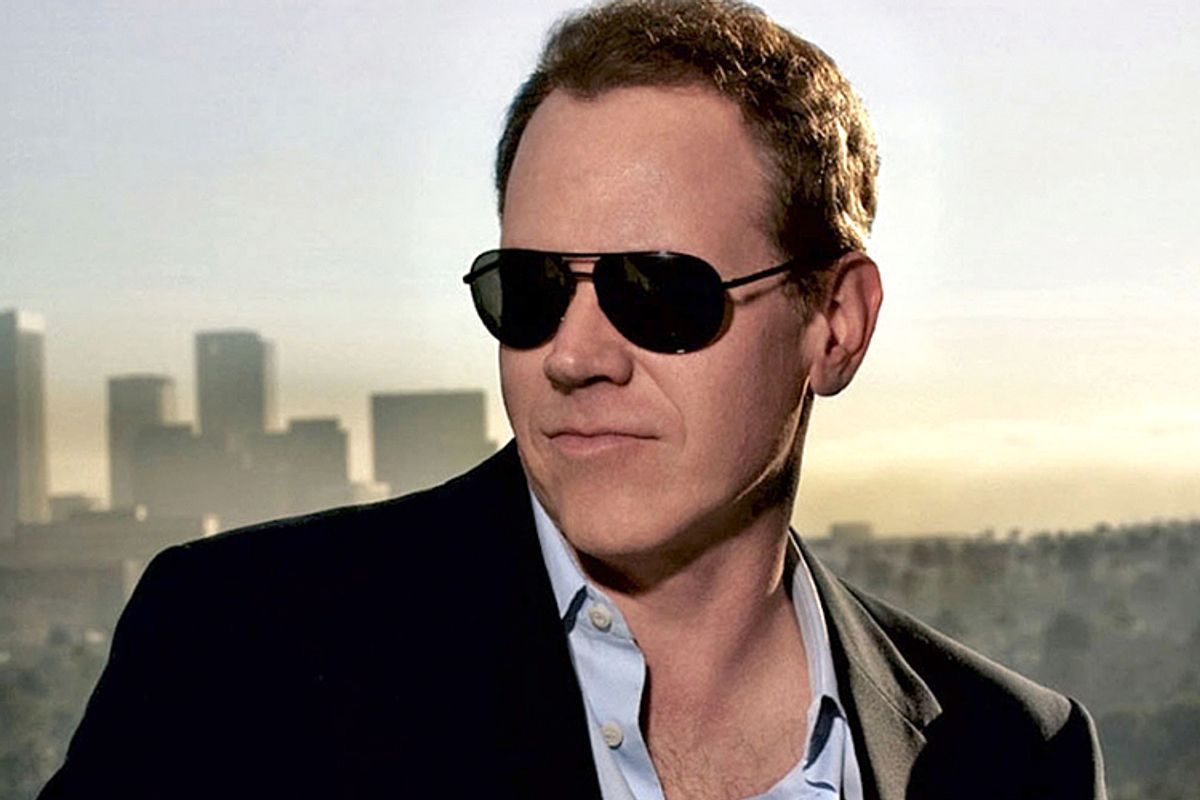 Ellis may be overrated as a novelist and thinker, but as a rape denialist, he's a master at the form. In this interview, he expresses two logically incompatible opinions. On one hand he advances the theory that the accusations are mere figments of the hysterical female imagination. But he's also a fan of the contradictory theory that the accusations are true in a material sense, but should be blown off on the grounds that the accusers had no right to refuse consent.

Or take this exchange:

But then [Stoya, Deen's ex-girlfriend, accusing him of rape] did open the floodgates to other accusations, if not of rape, of some dangerously abusive behavior.

Hard to believe that in 2015 someone still has the nerve to trot out the myth of the unrapeable woman---the myth that some women's right to refuse has been revoked because they have had sex before, do sex work, or simply because they are low status women---and yet, here we are.

That really was the shocking thing. “I can no longer work with James Deen because of this accusation.” That is scary. Like I tweeted. Let that sink in. Let’s live in a society and let that sink in. That’s a problem. You know?

A humbler man might stop at simply castigating women for thinking they get to set boundaries in the first place, but Ellis, a man who is confident in his contradictions, endorses an alternate theory to make sure all bases are covered: That these accusations are all just lies anyway.

To this end, he refers to a classic in the annals of misogynist stereotypes : The Crazy Bitch. Referring to Stoya, Deen's ex-girlfriend who was the first to publicly allege that Deen had raped her, Ellis says,"this is a very unstable person" and alludes to mysterious "texts and emails that James has" that will supposedly exonerate him by exposing the Crazy Bitch-ness of Stoya.

Ellis's devotion to this stereotype is truly astounding. While admitting he doesn't know Joanna Angel, he nonetheless says, "But I think there was a similar problem going on with him and Joanna as well." And really, does one need actual evidence to convict a woman of Crazy Bitchitude? The mere fact that she is a woman is all you really need.

But it's okay for Ellis to wallow in one of the most tedious misogynist stereotypes of all time, because he has a poet's heart about it. "I mean, have you ever been in love with someone and you’re so angry that they don’t love you back and that the relationship has ended — and there’s this kind of rage that’s inherent to that?" he ponders. "I mean, to me, that doesn’t seem all that far-fetched."

Of course, the idea that a man who has been accused by 10 separate women, many of whom never dated him and only met him through work, might be a rapist---now that's far-fetched. Women are capable, perhaps born to perform, of all manner of evil, but a man? Preposterous! Especially if that man is a friend of Ellis. I mean, clearly those women are lying. Or if they aren't, they are making mountains out of molehills. Or they deserved what happened. No matter what, Deen has to be the good guy here, right?

It's unclear if Deen knew beforehand that Ellis was going to bat for him, but if so, he would have been wise to stop him. Ellis's work has been long derided for its misogyny, and any hope that it's just some kind of ironic hipster misogyny evaporated when Ellis threw a hissy fit because the Oscars actually allowed a woman to win an Oscar for directing, a field he has argued that "requires the male gaze," because women aren't capable of understanding visual language "because of how they're built." He's always been a man who tends to see women as objects, existing for being acted upon but not really as subjective human beings.

Under the circumstances, it was entirely predictable that Ellis would come across more as someone who cannot believe they are allowing the women to talk more than someone who is genuinely skeptical of the accusations based on evidence. That this man is a friend of Deen's isn't really doing a lot to discredit the accusations that Deen has no real respect for women.