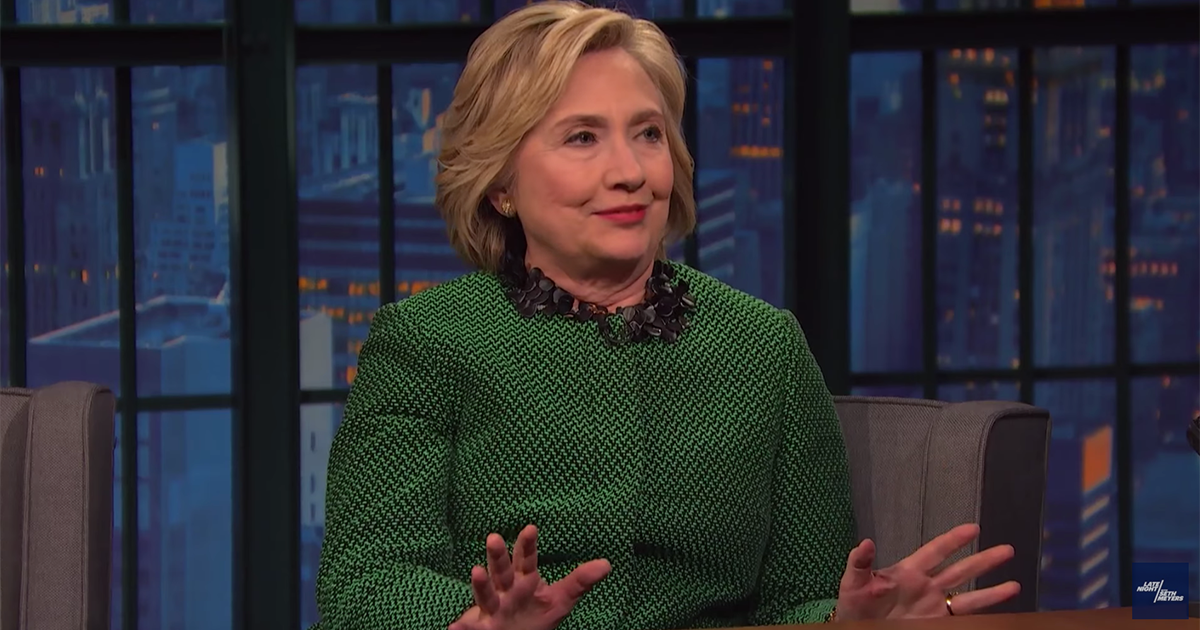 Hillary Clinton is done. She told "Late Night" host Seth Meyers "I no longer think he is funny," on Thursday evening's show when asked about Trump's plan to ban Muslims from entering the United States.

"I think for weeks you, and everybody else, were just bringing folks to hysterical laughter, but now he has gone way over the line," she said. "And what he is saying now is not only shameful and wrong, it is dangerous."

But Clinton didn't stop there: "I don’t say that lightly, but it does. He is giving them a great propaganda tool, a way to recruit more folks from Europe and the United States. And because it’s kind of crossed that line, I think everybody and especially other Republicans need to stand up and say 'Enough, you’ve gone too far.'"

When Meyers opened the show he made the joke about Trump's latest BS comment about postponing a trip to Israel. "Following criticism about his comments on Muslims, Donald Trump said this morning he’s postponing a trip to meet Israeli officials until after he becomes president,” Meyers said, adding, "Oh! Do you hear that? It’s the sound of Hillary laughing all the way from her dressing room!"

That wasn't the only thing the two discussed. When Meyers brought up gun control. Clinton thought that since this was the most deadly shooting since Sandy Hook that it might motivate people to take a stand.

"I'm not saying any of this is easy because they are incredibly powerful, they intimidate people, they really try to make anybody who bucks them pay a political price," Clinton said. She said that she knows there is a way to uphold the Constitution while also making sure "felons and fugitives and stalkers and people with serious mental illness and now potential terrorists" can't get semi-automatic rocket launchers and whatnot.

She also explained just how powerful the NRA lobby is and how they manage to keep going after all of this nonsense. "If you are trying to keep people paying dues and supporting your organization, you want to keep them upset," Clinton said. "And so, the NRA 30, 40 years ago, is not the NRA of today."

She continued saying the NRA actually wants "people to feel like the black helicopter is going to land in your backyard and your guns are going to be taken."

Check out the clips below:

HRC on Bill Clinton's behind the scene mission to North Korea: