"Fox & Friends": Interest in season two of "Serial" just as salacious as wondering why "Jeffery Dahmer killed and ate somebody" 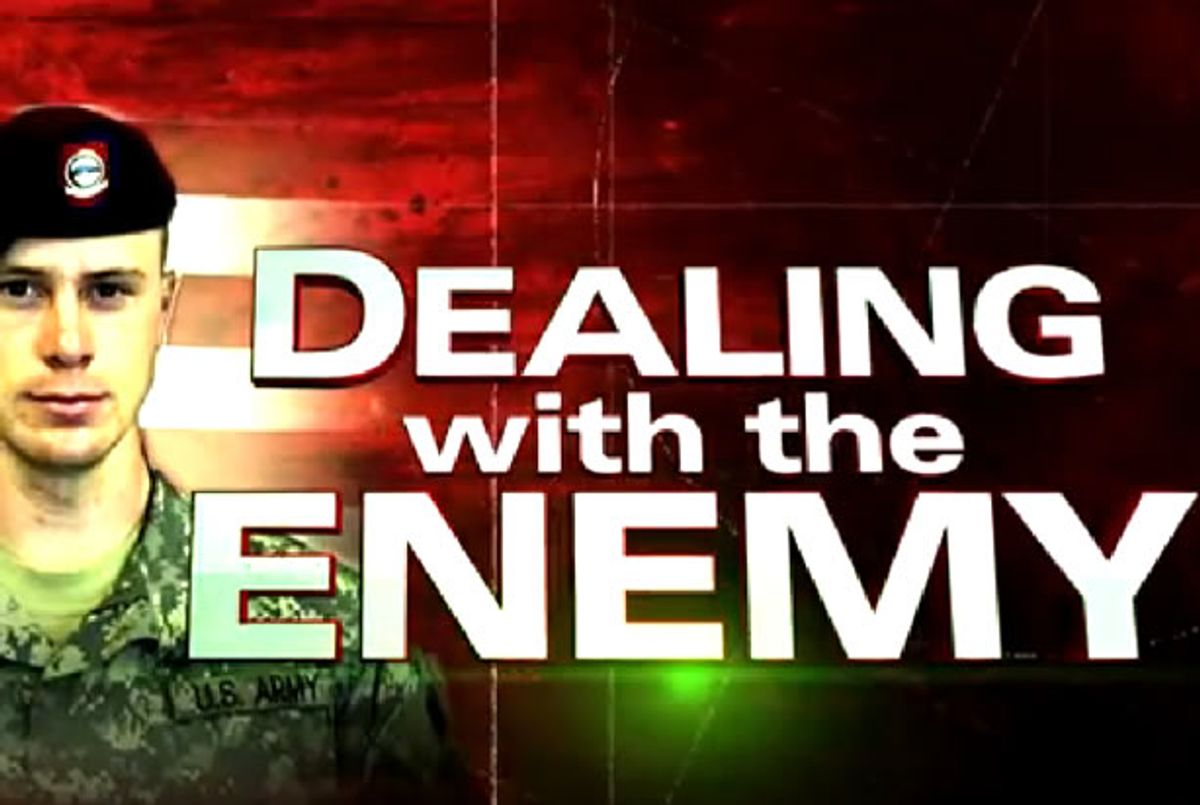 The good folks at "Fox & Friends" aren't happy with the "Serial" podcast's decision to focus its second season on the story of Sgt. Bowe Bergdahl, the man who abandoned his post in Afghanistan in order to point out what he believed to be "leadership failures" in American operations.

Co-host Brian Kilmeade opened the segment by reminding viewers that the Obama administration orchestrated Bergdahl's release by agreeing to exchange him for "five elite, killer terrorists." It's not that one should expect a recognition of moral complexity from a Fox News host, but Kilmeade and former Navy SEAL Thom Shea are particularly unattuned to the story the "Serial" producers are trying to tell.

As Salon's own Scott Timberg noted on Thursday, "Serial" is painting a picture of Bergdahl that isn't exactly flattering, veering as he does between Everyman complaints about the tolls of war and delusions of grandeur. "Doing what I did was me saying I am like Jason Bourne," Bergdahl said. "I had this fantastic idea that I was going to prove to the world I was the real thing."

But Kilmeade and Shea -- especially Shea -- aren't interested in stories about the moral complexity of war, what with their being the representatives of those who love "Full Metal Jacket" for the early, "funny" scenes. Kilmeade plays a clip of Bergdahl saying that he left because what he "was seeing was basically leadership failure to the point that the lives of the guys standing next to me were literally, from what I could see, in danger of something seriously going wrong, and somebody being killed."

Kilmeade responded by saying, "So it was out of benevolence that he left," then introduced Shea, who "thinks it's funny that we're even talking about it, because this is not an American story, because it's not even relevant what his point of view is, he actually abandoned his position, he didn't keep his word to his unit, and I still thinks it's funny that we're talking about it."

"I think American wants to know why we gave up these elite terrorists, these commanders, these higher-ups, for this one person," Kilmeade responded, not laying it on the least bit thick.

Shea added that Bergdahl's had "five years to come up with the wordage to draw us into the drama of disobeying a direct order," a statement whose wordage is itself quite alliteratively lovely. "It's fun to be excited about this dramatic story," Shea continued, "but I equate it to us all trying to figure out why and where and what was the cause of Jeffrey Dahmer killing and eating somebody."