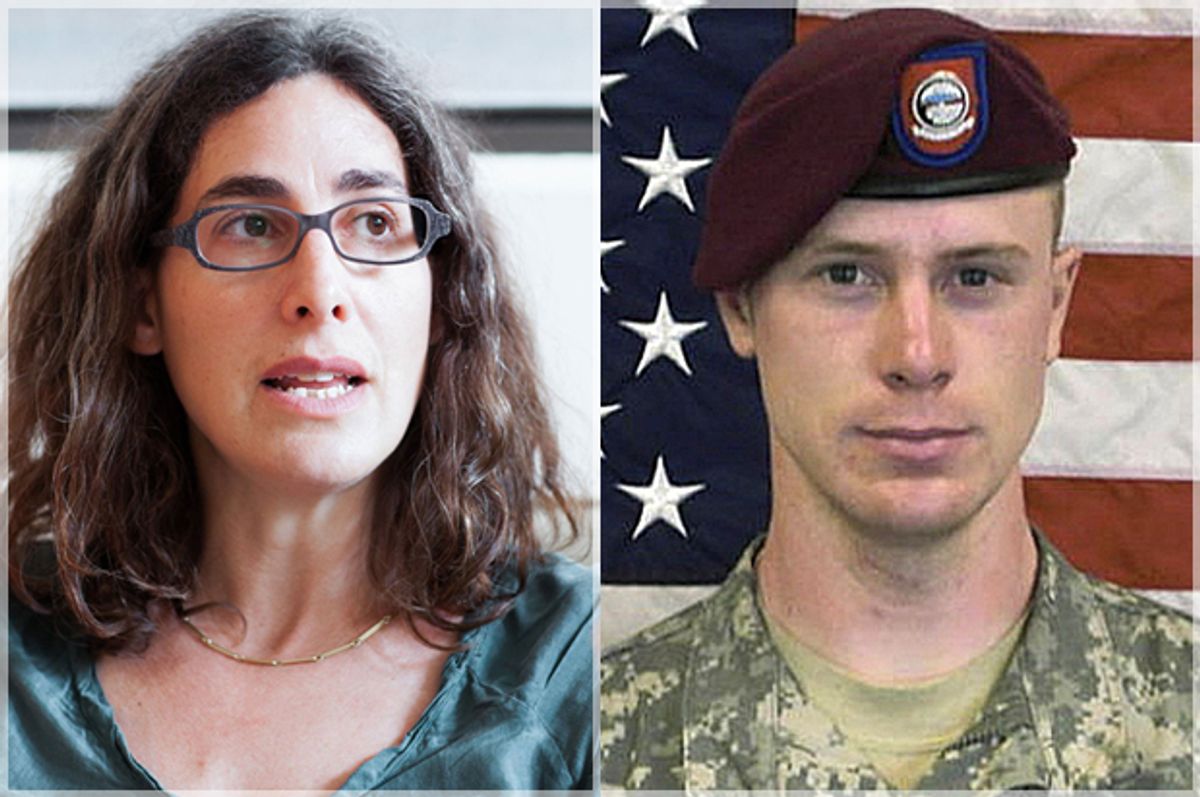 The second season of the wildly popular podcast "Serial" dropped Thursday with little fanfare, but it's already raising the volume on a fascinating case that's poised to raise the ire of right-wingers.

Like the first season, in which Sarah Koenig and her crew investigated whether or not a man named Adnan Syed was guilty of the murder he's doing time for, this season is taking an in-depth look at a situation with many conflicting stories on it, a story whose ultimate truth may also end up being impossible to know. The question at hand: What happened to Sgt. Bowe Bergdahl, a soldier who walked off his base in Afghanistan in 2009, was captured by the Taliban and held captive for five years before the Obama administration bargained for his release. He's now in legal hot water for deserting his post, which he doesn't deny doing.

It's easy to see why "Serial" would be interested in the Bergdahl story. Like Adnan Syed, Bergdahl is a man whose testimony you can never be quite sure of, and the first episode already sucks the listener in with the confounding question of whether he's lying, telling the truth, or something in between. And, as with Syed's case, there are a lot of other people involved, many with contradictory ideas about what happened and their own agendas that might make their testimony suspect.

But there is one major difference these two stories. While the Syed season riffed on issues of racism and criminal justice, ultimately the story was still a small, personal one. The question of whether Syed killed his girlfriend in a jealous rage doesn't have a larger political impact.

But Bergdahl's story is already a major culture war touchstone, especially for conservatives. What "Serial" turns up in their investigation could have major political ramifications, especially in a time of heightened sensitivity about the "war on terror" and an already contentious presidential race that's only now beginning to head into the primary season.

The first round of pieces pegged to "Serial" at various media oulets has come out, and they are surprisingly light on politics, mostly focusing on explainer-type articles laying out the known facts about the Bergdahl case. There's an acknowledgement of partisan controversy around his case,  but that's being downplayed over excitement over digging deeper into what is, by any measure, a downright weird story.

This all makes a certain amount of sense. The NPR-listening, liberal-leaning audience for "Serial" probably only has a vague awareness of the Bergdahl case and the controversy around it. To anyone outside the right-wing bubble, Bergdahl's story is little more than an intriguing mystery. But within conservative circles, Bergdahl is second only to ¡Bënghazi! in generating right-wing hysteria and conspiracy theories about the Obama administration's handling of the "war on terror" and foreign policy in Muslim-dominated countries generally.

To understand the right-wing obsession with Bergdahl, it's important to understand how much the Obama administration has disturbed the conservative conviction that Democrats are inherently "weak" and "soft," as well as their belief that the only people who can keep us safe from foreign threats are Daddy Republicans. This belief has never had much evidence going for it, but all the way through the 2004 election, this knee-jerk assumption that Republicans will do a better job of protecting Americans because they puff their chests out bigger was an immoveable myth, believed not just by diehard conservatives, but a lot of centrists and low information voters, as well.

But then the country endured the Bush administration's multiple failures, including getting the U.S. into an unnecessary and unwinnable war in Iraq. After Bush came Obama, who hasn't de-escalated tensions as much as most liberals would like, but is absolutely a lot better than his predecessor. In no small part, this is because the Obama administration actually takes terrorism seriously, instead of seeing it mostly for its propaganda value in justifying cowboy antics and adventure wars. That's why it was Obama's administration that finally got Osama Bin Laden, not Bush's, a victory that still stings on the right.

Enter Bowe Bergdahl. The Obama administration was able to secure Bergdahl's release in exchange for the release of five Taliban prisoners, who are currently being held under government surveillance in Qatar. Initially, Bergdahl's release was treated like a good thing among those who love to fly the POW/MIA flag, but the unwillingness to allow the Obama administration yet another victory quickly kicked in. Accusations began to fly that the Obama administration erred in exchanging five prisoners for just one. Then suspicions set in that Bergdahl himself had some shady reason for wandering off base where he could be captured.

The entire thing developed a life of its own and now many on the right are calling for Bergdahl's execution and regularly insinuating that Bergdahl's reason for deserting his post was that he turned traitor.

As Koenig makes clear in the first episode of "Serial," the facts of the case are pretty thin on the ground right now. Bergdahl admits he left of his own accord, but it doesn't necessarily follow that he's a traitor or evil or working for the Taliban. It's entirely possible that Bergdhal is just an idiot who did an idiot thing. (The first episode of "Serial" already suggests this reading, albeit lightly, but who knows where this is headed.)

But it's easy to see why so many conservatives need to believe the worst about Bergdahl. He has become, like "Benghazi," a symbol for them of their unwavering faith in the idea that Obama is a failure on the foreign policy front. Their faith has been sorely tested, over and over again, strengthening their need for some evidence of Obama's secret incompetence. Deep in their souls, they need to believe that Obama failed in some irredeemable way by getting Bergdahl back home.

That's why conservatives need Bergdahl to be a bad guy. Getting all worked up because the president negotiated for the release of a man whose main crime is being stupid makes you look petty. But getting mad at the president for securing the release of a traitor? Now you're talking! Suggesting that Obama got a guy released who is a secret Taliban sympathizer? Why now you're getting into Obama-is-a-secret-Muslim territory.

All of which is why it is wise for "Serial" fans to gird their loins now. While it may not matter much to liberals whether this guy is evil or just someone who made a bad decision, for conservatives, the answer to that question matters a whole lot. Their paranoia towards Obama hinges largely on the answer, after all, and they won't be too happy if the evidence starts to stack up against the "evil" theory. And we all know how conservatives tend to react in the face of evidence undermining their world view: Tantrums, lies, conspiracy theories, you name it.

Right now, things are relatively quiet. The first episode is pleasantly vague about where all this is going. Hell, it might turn out that the conservative masses are right and Bergdahl has some dark secret he's not sharing. But then again, Bergdahl might end up coming across less as a traitorous mastermind and more like a doofus who made a bad decision one night. If it's the latter, don't be surprised if what started off as a pleasant little mystery podcast explodes into a massive political battle in the coming weeks.