Muslims are combating radicals too: I'm an American Muslim who served as a Marine in Iraq -- and now it's overwhelmingly Muslims who are battling ISIS 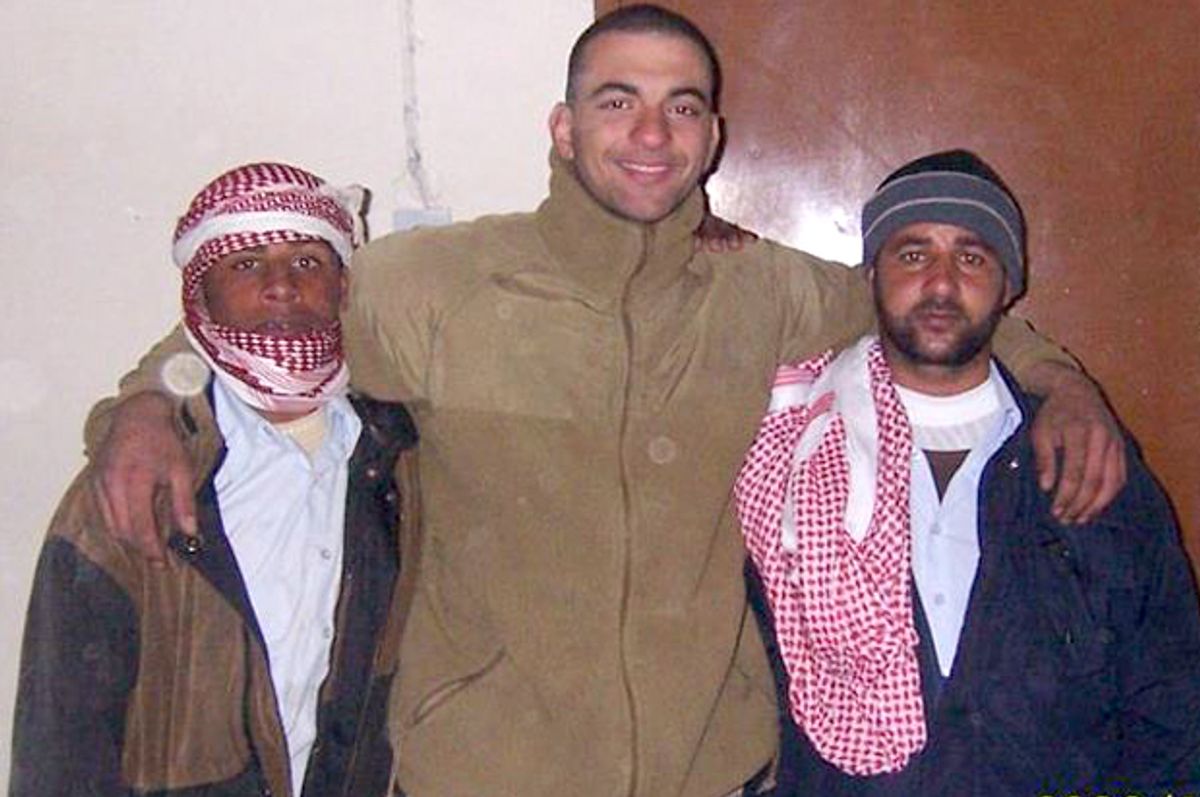 In the aftermath of the attacks in Paris, Beirut and San Bernardino, California, inspired or conducted by a self-labeled Islamic extremist group, a heated debate on Islam has ensued. Common questions touch on the role of Islam and the Muslim identity of the perpetrators, while the religious identity of the vast majority of ISIS’s victims and of those who combat ISIS is absent from media talking points.

The simple answer is yes; ISIS fighters are Muslim, and the fact that they follow a radical and twisted interpretation of Islam does not strip them of their Muslim identity. But individuals like Adel Termos, the Lebanese police officer who sacrificed his life tackling a suicide bomber in the Beirut attack, are also Muslim.

To highlight the supposed piety of Islamic radicals while simultaneously omitting Islam from the biographies of the heroes who die combating groups like ISIS only contributes to the false argument that Islam and terrorism are synonymous, while undermining the positive role the majority of Muslims play in the struggle against radicalism. The fact is that Muslims are combating radicals—we just never discuss it.

I first become aware of the positive role Muslims play in countering radicalism while serving as a U.S. Marine in Ramadi, Iraq, in 2006. Stationed in what was then the self-declared capital of al-Qaida in Iraq, which later became ISIS, I, an American Muslim, was embedded as a translator in a makeshift police station composed of former insurgents who had decided to side with coalition forces against al-Qaida.

One day, a fellow Marine with minimal Arabic language skills jokingly pointed on a map and asked a young Iraqi police officer, “Ali, where are the mujahedin?” Confused, Ali turned to me and asked, “Why do they call al-Qaida "mujahedin"?  We are the real mujahedin here. We are fighting to save Muslims.” In Arabic “mujahedin” translates to holy warriors, or those engaged in “jihad” or a holy war. Yet in the West, the term has come to be widely used as synonymous with “terrorist.” Two weeks later, Ali was killed while removing an IED from an al-Qaida safe house. A devout Muslim, Ali sacrificed his life in the war against al-Qaida.

What Ali revealed then remains true today: The sweeping discourse of terrorism in the West fails to recognize not only the nuances within Islam, but the Muslim identity of those who combat extremism on a daily basis. All too often, we excise heroes like Termos in Beirut, and Ali in Ramadi, from the narrative of Muslim piety, ignoring those who combat extremism in the name of Islam while overemphasizing the faith of those who kill according to their own interpretations of the religion.

Today, presidential candidates and political pundits alike are quick to point to the religious affiliation of ISIS members, even when they purchase “Islam for Dummies” prior to traveling to Syria, but omit the Muslim identity of the coalition forces countering ISIS.  Jordanian pilot Moath al-Kasasbeh, who was brutally burned alive in a cage by ISIS, was repeatedly identified by his nationality, but not his Muslim faith. In truth, Moath was a devout Muslim who had memorized the entire Quran. Most likely, had he chosen to join ISIS and not the Jordanian Air Force, the same media personalities who chose to omit Moath’s piety would have eagerly highlighted it.

Ali, Adel Termos and Moath al-Kasasbeh are not anomalies—they are the norm. Just as Muslims have made up the vast majority of casualties at the hands of extremist groups since 9/11, Muslims also constitute the bulk of the coalition forces leading the battle on the ground. Kurdish militias; the Free Syrian Army; Iraq Sunni militias; the Iraqi army as well as the large number of military forces from Arab States—all Muslims who continue to play a significant role in the battle against ISIS and their extremist interpretation of Islam.

These underreported Muslim forces go beyond the battlefield. On Sept. 24, 2014, more than 120 Muslim scholars from around the world published an open letter to ISIS, denouncing it as un-Islamic by picking apart its ideology using Islamic texts. These Muslim scholars are the very people who have the subject-matter expertise and legitimacy to counter ISIS’s assertions by contextualizing a rebuttal based on Islamic law and customs. Media pundits, like Bill Maher, would do well to invite such scholars onto their programs rather than the cacophony of guests who share in his abhorrence of Islam.

As the world recovers from the devastating attacks in Lebanon, Paris and San Bernardino many Muslims find themselves stuck in the middle, battling both the extremists who wish to kill them and the pundits who accuse them of complicity. In a war of ideas and identity, it is essential that mainstream Muslims are allowed to counter extremist narratives and define their own religion. Continuing to battle extremists in the war zones of the Middle East, the streets of Paris or on college campuses is fruitless if we overlook the Muslim identity of those fighting extremism.

Ahmed Shama was raised in Queens, New York, and holds a bachelor's degree in international relations from SUNY New Paltz and a master's degree in international relations and security from Georgetown University. Before entering university, Ahmed served as an enlisted U.S. Marine, reaching the rank of sergeant and serving in Ramadi, Iraq, in 2006-2007. Ahmed currently serves as a U.S. Foreign Service Officer for the Department of State. The views and opinions expressed in this article are those of the author and do not necessarily reflect the official policy or position of any agency of the U.S. government.