They never mention the name of the woman assaulted, nor the fact that 2 other tenants complained about the pastor 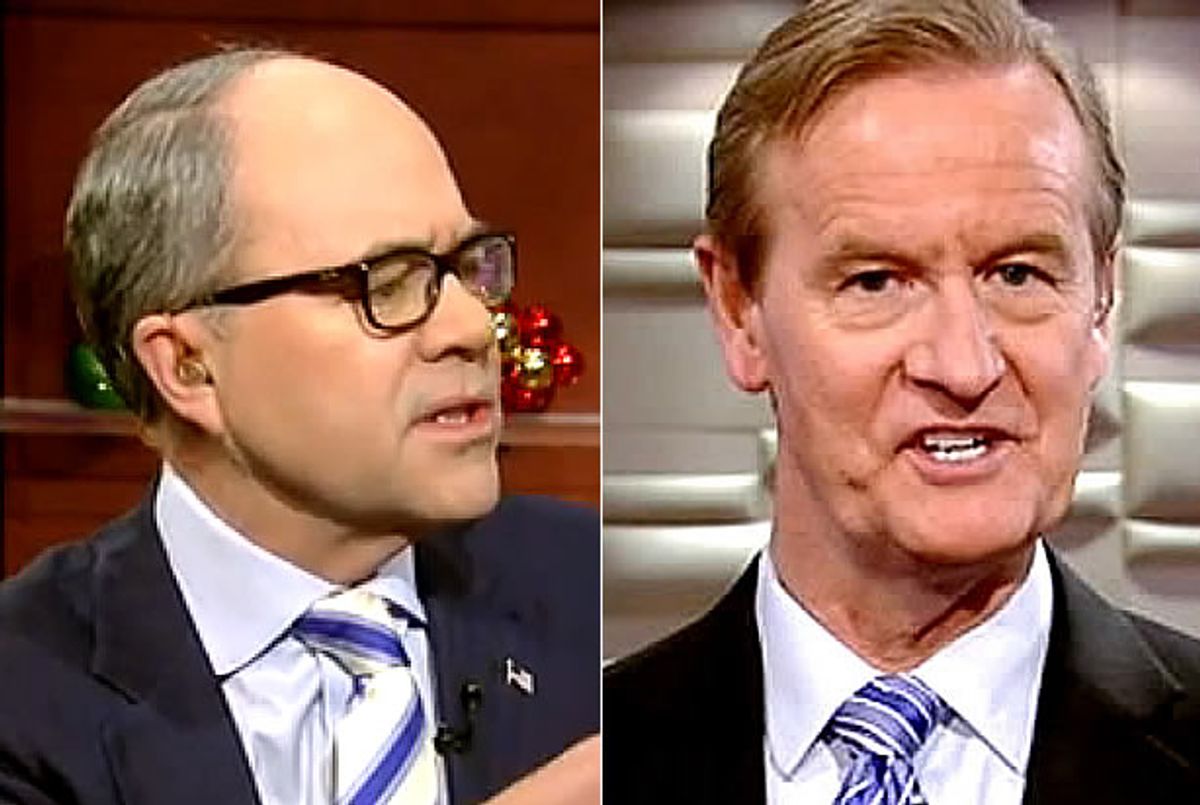 In a particularly manipulative discussion on "Fox & Friends" Monday morning, co-host Steve Doocy and Fox News legal analyst Peter Johnson, Jr. expressed their disgust at Massachusetts Judge Paul Yee Jr. for requiring Pastor Daisy Obi to learn about Islam as a condition of her parole for assault and battery against a Muslim woman.

According to a CBS News report that actually names Gihan Suliman as the woman who was assaulted -- unlike Fox News, which never named her -- Obi repeatedly berated her for her beliefs before accusing her of ringing her doorbell and pushing her down a flight of stairs.

The fall caused a contusion on her face, cuts to her lip, and tore a ligament in her shoulder. Judge Yee called Obi "the landlord from hell," and noted that Obi had two harassment prevention orders issued against her by other tenants. He sentenced her to two years in jail for the assault, but said that 18 months of the sentence could be suspended if she agreed to take a course about Islam.

Obi insisted that she never berated nor beat Suliman, and that Suliman hated her because she was a Christian -- which was all the folks at "Fox & Friends" needed to hear.

"This is more than a head-scratcher," Johnson said, "this is a constitutional outrage. Minister Daisy Obi, a 73-year-old woman from Nigeria, who went to Princeton, who's an Episcopalian minister, who runs a ministry in Massachusetts, was sent to jail for two years by Judge Yee, but a year and a half of that was suspended if she did a certain probation -- and here was her sentence: "Even you, wanting to be a person of God, have to respect all people... The first condition imposed states: You have to respect the rights of the people of the Muslim faith."

Johnson continued, saying that Obi's lawyers were so outraged they're going to try to have the conviction overturned on January 8th by arguing that it violates Obi's First Amendment right to exercise her faith, because "this minister should [not] be forced to go to the Islamic Society of Boston and learn about the Muslim faith in an introductory course."

"Wouldn't a more appropriate approach be, if she's angry about something, shouldn't she take an anger management course?" Doocy asked.

Johnson replied that because Obi wasn't charged with a hate-crime, she shouldn't be forced to learn about Islam. He claimed that Judge Yee sentenced her "for making anti-Islam statements for which she wasn't charged or convicted. Finally, if the minister isn't respectful of Muslims in the future, she can be sent back to prison."

"Peter, you have studied law for years," Doocy later asked, "have you ever heard of anything like this?"

"This is unprecedented," he replied. "I understand hate crimes, and I understand the need to engage people who engage in that kind of conduct. But she wasn't charged with that, this is a Christian minister who's being sentence to learn Islam -- and I respect Islam, as does all America, but sentenced in a criminal proceeding? Come on!"