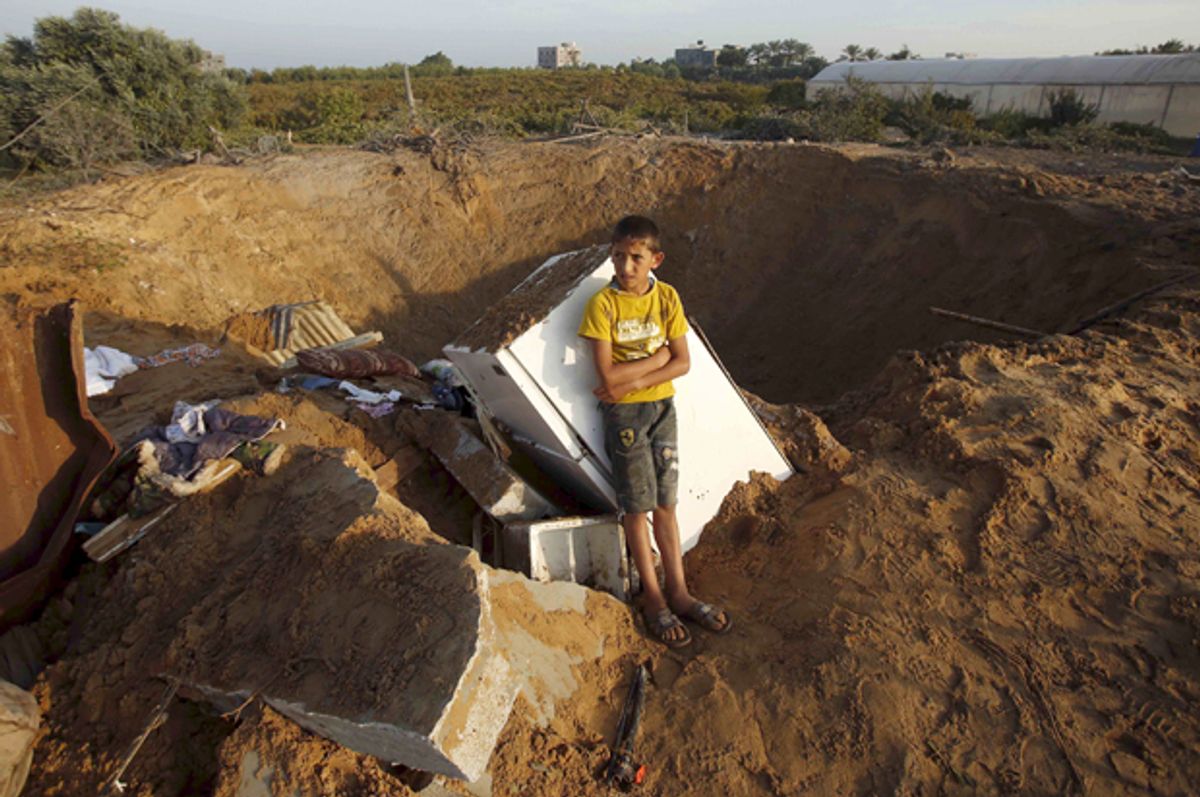 An Israeli military officer was detained in the U.K. a few weeks ago on war crimes charges, according to reports in the Israeli media. The officer, who was not identified but fought in Israel's 2014 war in Gaza, was only briefly held before the Israeli government helped secure his release and procured an apology from British authorities.

Pro-Palestinian organizations have submitted lists of Israeli military officers and soldiers to numerous countries worldwide, noting these fighters have been allegedly involved in war crimes against Palestinians.

The detainment comes on the heels of a controversy earlier this year, in which more than 100,000 people signed a petition calling on the British government to arrest Israeli Prime Minister Benjamin Netanyahu upon arrival in the country for war crimes. The U.K. Petitions Committee officially responded to the request, which it denied, stating that it was not within its authority to do so.

Israeli media reports and the Israeli government have consistently downplayed the accusations of war crimes made against the Israel Defense Forces. Such denials contradict the vast majority of independent international investigations into the war.

"Israeli forces committed war crimes and human rights violations during a 50-day military offensive in the Gaza Strip that killed over 1,500 civilians, including 539 children, wounded thousands more civilians, and caused massive civilian displacement and destruction of property and vital services," Amnesty wrote in its most recent Israel and Occupied Palestinian Territories report.

Human Rights Watch investigations into Israel's bombing of U.N.-run schools housing displaced Palestinians and other civilian areas concluded that such attacks were "indiscriminate" and that the Israeli military committed war crimes.

More than 2,250 Palestinians, including at least 550 children, were killed in the Israeli offensive, according to U.N. figures. On the other side, 66 Israeli soldiers and seven civilians were killed.

The Palestinian health ministry reported that 145 families in Gaza lost three or more members in a single strike. Scores of families were removed from Palestinian civil records, meaning all of the members were killed.

In August 2014, in response to preliminary investigations by independent rights groups, the Israeli government barred Amnesty International and Human Rights Watch from entering the Gaza Strip, over which it maintains effective political control, in contravention of international law

Even in times when no official war is being waged, Amnesty stresses that Israel continues to maintain "its air, sea, and land blockade of Gaza, imposing collective punishment on its approximately 1.8 million inhabitants and stoking the humanitarian crisis." The U.N. has for years insisted that Israel's blockade of Gaza is illegal.

Numerous other reports on Operation Protective Edge corroborated the findings of Amnesty and Human Rights Watch.

An independent investigation by Physicians for Human Rights-Israel, in conjunction with several other human rights and medical organizations, found that the Israeli military deliberately targeted civilians in Gaza. It also found that the IDF used civilians as human shields, shot civilians dead at close range, left mortally wounded children on the ground to die, conducted "double tap" consecutive strikes on locations in order to kill injured survivors and those attempting to rescue them, attacked civilians who were fleeing areas on under fire, and "deliberately" shelled hospitals, ambulances, and medical workers.

An August Amnesty report detailed how Israel carried out war crimes and "possible crimes against humanity" in retaliation for the capture of one of its soldiers in Rafah, Gaza, a city reduced to rubble by Israeli shelling in what local residents call "Black Friday."

"Israeli forces appear to have thrown out the rule book, employing a 'gloves off' policy with devastating consequences for civilians," Director of Amnesty’s Middle East and North Africa Program Philip Luther said. "The obligation to take precautions to avoid the loss of civilian lives was completely neglected. Entire districts of Rafah, including heavily populated residential areas, were bombarded without distinction between civilians and military targets."

A report by Israeli veterans group Breaking the Silence found that soldiers were ordered to "fire at every person you see" in Gaza, including civilians.

The U.N. released a report on the detailed findings of its independent commission of inquiry into the Gaza war. In the report, it said dozens of times that the Israeli military's targeting of civilian areas in its bombings of homes, hospitals, shelters, and places of worship "may amount to war crimes." It reported that "the massive destruction executed by the IDF in" Gazan cities like Khuza'a may amount to war crimes, and that "there are strong indications that these attacks could be disproportionate, and therefore amount to a war crime."

Palestinian armed groups also committed war crimes by launching rockets against Israeli cities, the U.N. added in its report. Other rights organizations like Amnesty and Human Rights Watch also accused Palestinian militants of violating the laws of war. Most of the rockets used by armed groups like Hamas are rather primitive and do not have advanced guiding technologies.

The U.N. and other international legal bodies have made it clear that individual officers involved in this conflict, and others, can face such war crimes charges.

"Individuals are criminally responsible if they commit, attempt to commit, plan, order, or instigate war crimes. Persons are also liable for a crime if they aid, abet or otherwise assist or facilitate the commission of a crime," the U.N. wrote in its report on the Gaza war.

"A military commander or another superior is not only individually responsible for crimes he may have ordered or instigated, but also for those crimes committed by forces under his command or effective control, when he knew or should have known that such acts were being or were about to be committed and failed to take all necessary measures to prevent, punish or report the perpetrators of these acts."