Ted Koppel: Donald Trump is now "the Recruiter-in-Chief for ISIS" 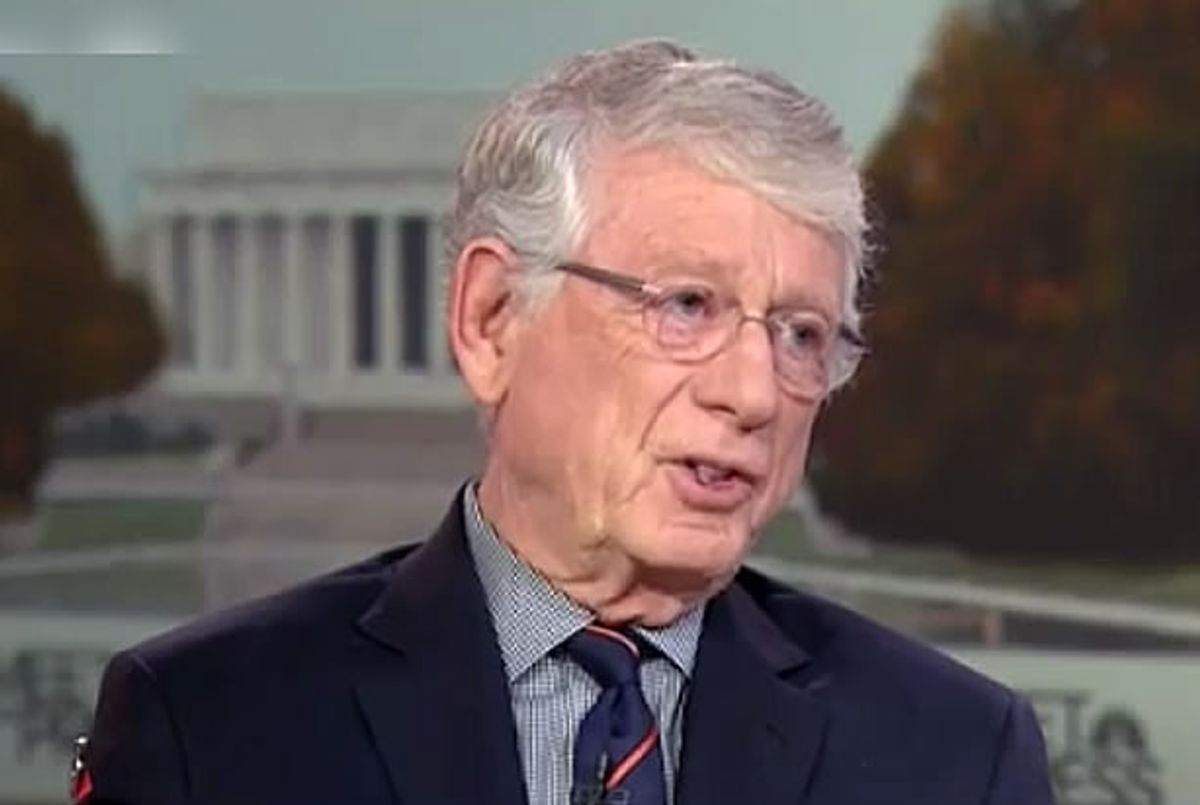 Veteran journalist Ted Koppel appeared on NBC's "Meet the Press" Sunday to excoriate the networks and pollsters for giving Donald Trump "the oxygen that [his] campaign requires," which is dangerous because the real estate magnate is currently acting as "the Recruiter-in-Chief for ISIS."

"Your polls are what's giving them the material that they need," Koppel told Chuck Todd. "It's the oxygen that the Trump campaign requires, a poll every three or four days showing him where he is."

The problem is that "Trump thinks he's being tough on ISIS", he continued. "Senator [Marco] Rubio, in his interview with you touched on it very, very lightly -- Donald Trump is, in effect, the Recruiter-in-Chief for ISIS."

"ISIS wants nothing more right now than to have the world divided into Judeo-Christian on one side and the Islamic world on the other," Koppel said. "That's exactly what Trump is doing for them, [and] I think it's time we start with thinking about what ISIS wants and then not doing it."

Koppel upbraided Todd and pollster Jerry Seib for the attention they're paying to Trump, saying that they "are essentially drooling on your shirt at the prospect" of a contentious Republican National Convention, before reminding them that he walked away from convention coverage "because there was no news."