The GOP's deluded Trump denial: Why conservatives have convinced themselves they don't have a problem

Donald Trump has revealed the ugly underside of the conservative movement. Just don't tell that to them 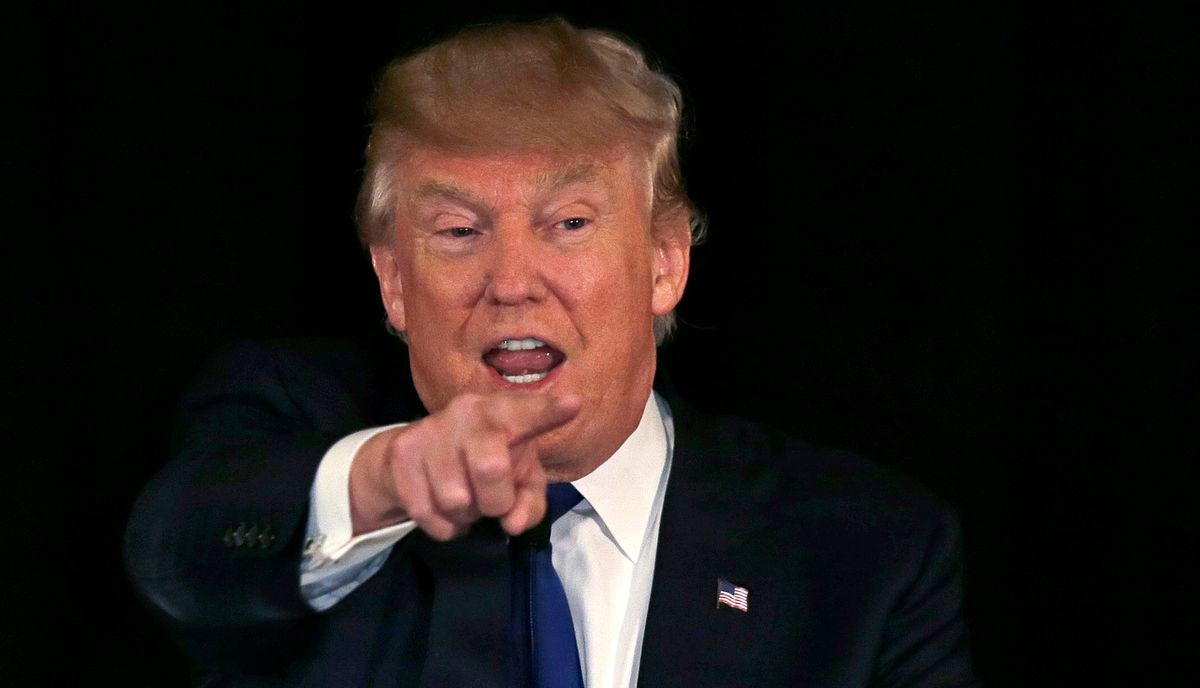 On Friday, the Washington Examiner published an opinion column by Philip Klein that becomes more and more astounding as you read it. Anyone looking for an example of the panic overtaking the Republican Party as Donald Trump’s presidential campaign continues to steamroll all comers could hardly do better than Klein’s piece. It is a window into the schism in the GOP that no one in the party seems to have any idea how to fix.

Here’s how the column opens:

For decades, liberals have created a caricature of Republicans as being more about bombast and white resentment than substance and principles. Should Donald Trump win the GOP presidential nomination, it would help validate this cartoonish portrait.

For example, there is ample evidence that conservative attempts at ending the “welfare state” succeed in attracting white votes so long as the voters think of the welfare state as being benefits that go to poor black folks in the ghetto and not the Medicare and Social Security that keeps the Republican base of mostly older white voters alive and voting for the GOP.

Put another way, Ronald Reagan did not exactly suffer conservative opprobrium for his famous comments about a “Cadillac-driving welfare queen” and “the strapping young buck” using welfare money to buy T-bone steaks. Nor, to my knowledge, did he ever have to admit that the welfare queen was an exceptional case, a fraudster in Chicago who ran a years-long scam to collect benefits, and whom he used to smear black women on welfare in general. Meanwhile, his efforts to rein in Social Security and Medicare spending were done in part by congressional Republicans.

Ironic, then, that Klein later cites Reagan in positive terms and complains about liberals holding him up as an example of a “personality rather than substantive leader.” Oh, he was substantive all right. And that substance often took the form of dog-whistles to racial resentment. And he’s still the heroic president Republicans hold up as an example to be emulated by today’s candidates. Which they do in a variety of ways such as talking about how Democrats attract minority votes by promising “free stuff” and “goodies.” They do this while promising to protect Medicare benefits, which a majority of elderly white people rely on, while promising to cut food stamps, which are disproportionately used by poor blacks.

To Republicans and conservatives who got involved in politics to advance a set of ideas — the type of people who get their kicks debating the finer points of tax policy, national security, and Commerce Clause jurisprudence — this liberal caricature has seemed utterly bizarre and intentionally dishonest.

Conservatives involved in politics, sure, but that is a subset of Republicans. Liberals are talking about the voters who are supporting Trump, of whom there are a lot more.

These Republicans and conservatives dread the idea of liberals, for years, being able to throw Trump back in their faces every time they explain that conservatism is really about reforming and shrinking the federal government so its size and scope is closer to its constitutionally limited role.

This completely elides the appeals to race and white supremacy that conservatives have used to maintain their grip on power so they could try and achieve this goal of shrinking the federal government. Maybe Klein has never heard the entire famous Lee Atwater “n***er” quote in context. Maybe he has forgotten the famous Jesse Helms “Hands” ad or Willie Horton. Maybe he has forgotten all those Tea Party rallies that were ostensibly protests of Obamacare, where people waved pictures of our black president dressed as a witch doctor with a bone through his nose.

Now, there are quite a few reasons why Republicans have used such racial appeals to white resentment to win elections. The major one? It works. If it didn’t, Bill Clinton would not have spent time in the 1990s attacking Sister Souljah and Louis Farrakhan, and “triangulating” to pass welfare reform and a major crime bill, both of which disproportionately hurt minority voters. It was a low moment, and one of the reasons why some liberals will possibly not vote for Hillary Clinton next year. It does not speak well of some of the Democrats who voted for Bill in the 1990s. But with the decline of conservative Democrats as the party has become more diverse and multicultural and (as conservatives never tire of telling us) farther left, it is not an appeal that will likely fly in the future. But Donald Trump can call for keeping all Muslims out of the country and see his poll numbers in the Republican primary go up.

Klein refuses to admit this, writing:

The idea of Trump as the nominee will overpower polling evidence that his support is not coming from ideological conservatives.

But it is coming mostly from voters who identify as conservative Republicans. Unless Klein thinks the majority of these poll results are coming from liberal plants. Which is a somewhat-popular theory Republicans pull out for anything that makes them look bad.

Donald Trump is not a liberal media-created phenomenon destroying the GOP. Even if his entire campaign turns out to be the most devious ratfucking ever devised by any politician, there is no doubt his actual rhetoric and policy positions are appealing to Republican voters. His support is a manifestation of the coded racial politics Republicans have been courting since Barry Goldwater won the nomination in 1964. Whether ideological conservatives are actual racists or were simply playing the part to attract white voters is a distinction that is long without a difference. It’s an issue that Republicans like Klein do not seem to want to admit and face up to. But until they do, good luck shedding that racist label.