6 classic movies in which cocaine is the driving force 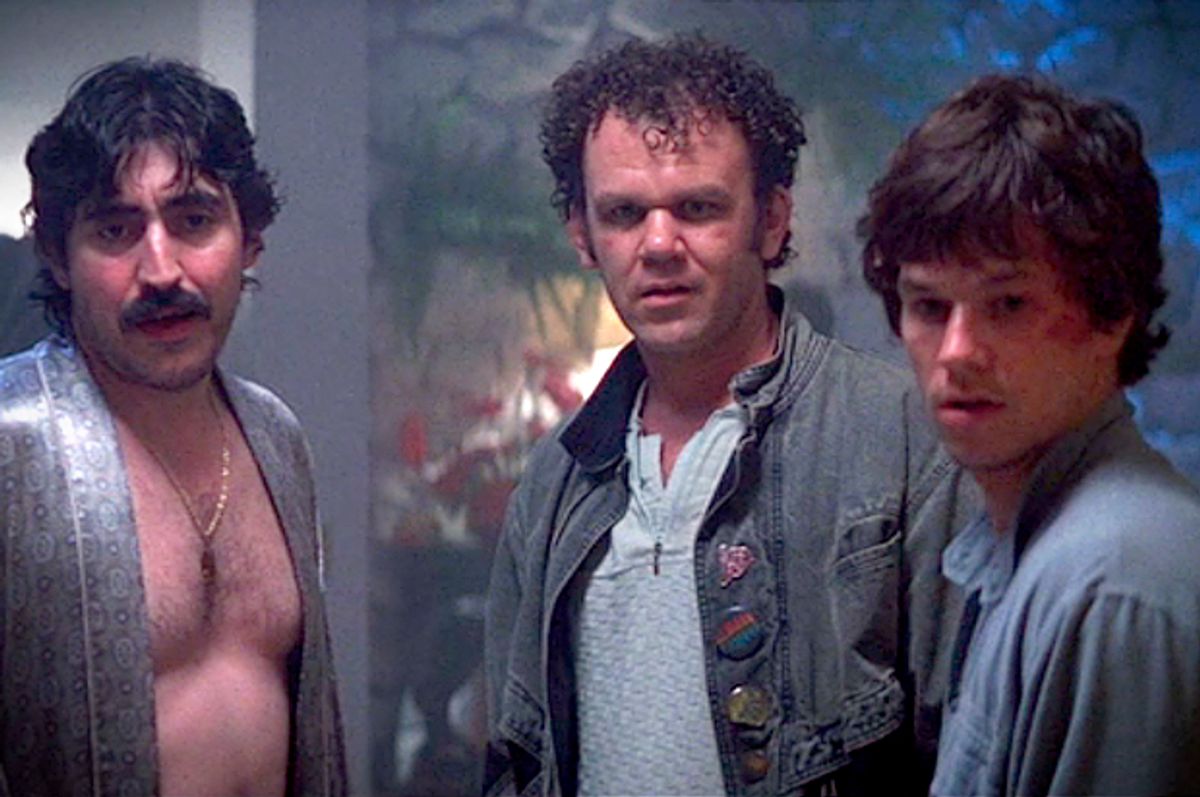 Cocaine doesn't seem particularly hip these days, but the South American marching powder has a long, if not exactly glorious history in American culture. It's been the stuff of folk songs, blues moans and rock anthems, it's been used to demonize black people (again and again) and it's been a staple of American cinema from the very beginning.

Here are six films from genres ranging from silent slapstick to the gangster/mobster movie and beyond that really got into cocaine.

1. The Mystery of the Leaping Fish (1916). This silent short starred Douglas Fairbanks as "scientific" detective Coke Ennyday, who certainly lived up to his name. With bandoliers full of syringes wrapped around his chest and a hatbox-sized container of white powder marked "Cocaine" on his desk, Ennyday was maniacal yet methodical. In between injections and mustache-twirls, he manages to catch a gang of opium smugglers, but only after smoking most of their opium. This lighthearted lampoon of Sherlock Holmes was directed by Tod Browning, who later went on to direct the classic bizarro flick Freaks.

2. Superfly (1972). "He's got a plan to stick it to the man, he's super hood, super high, super dude, Superfly." This classic Blaxploitation flick featured Ron O'Neal as Youngblood Priest, a cocaine dealer on the rise who battles junkies, cops, mafiosos, and black activists as he goes about his gritty but glamorous snow-slinging business in search of the million-dollar deal that'll keep him from having to settle for "a jive job." Directed by Gordon Parks Sr., who did Shaft the year before, the film also boasts an awesome and hugely popular soundtrack by Curtis Mayfield ("Superfly," "Pusherman," "Freddie's Dead"), as well as the cinematic progenitor of the Pimpmobile, Priest's tricked-out 1971 Cadillac Eldorado. Did it glorify '70s thug life or was it a veiled critique of the American class and racial caste system? Yes.

3. Scarface (1983). In this intense remake of the 1932 Scarface starring Edward G. Robinson, Tony Montana (Al Pacino) comes to Miami as part of the Mariel boatlift of 1980, when Castro dumped thousands of criminals and misfits on American shores. As Scarface, "he loved the American dream…with a vengeance." The film is graphic, glitzy, ultraviolent, and eminently quotable as it portrays Tony's rise and inevitable fall (it is, after all, a gangster film). It's considered a classic of the mob genre. Written by Oliver Stone and directed by Brian De Palma, the movie also introduced Michelle Pfeiffer as Elvira Hancock, Tony's alluring and coke-addicted trophy wife.

5. Blow (2001). George Jung walked out of federal prison last year after serving nearly two decades behind bars for cocaine smuggling. This movie is his life story, and quite a story it is: Jung, portrayed in a sizzling performance by Johnny Depp, starts off poor, becomes a college pot dealer, gets busted, meets new friends in prison, and waltzes his way into the middle of the burgeoning 1970s Colombian cocaine trade. As seems inevitable in cocaine movies, his downfall is nearly as rapid and dramatic as his ascent, though not nearly as fun. The film features Ray Liotta as Jung's father, Penelope Cruz as Jung's wife and Paul Reubens (!) as a pot dealer, plus a smoking '70s soundtrack.

6. Maria Full of Grace (2004). This movie depicts the Colombian cocaine trade from the vantage point of a young woman named Maria, brilliantly played by Catalina Sandino Moreno, who won an Academy Award nomination and best actress at the Berlin Film Festival for her efforts. A story of hope and horror, the film follows poverty-stricken Maria as she takes a job as a drug mule, swallowing 62 pellets of cocaine and flying to New York with her friend Blanca. One of their fellow mules dies when a balloon ruptures as they await the traffickers in a motel room, and Maria and Blanca decide to flee with the dope. But their trials and tribulations are only beginning.