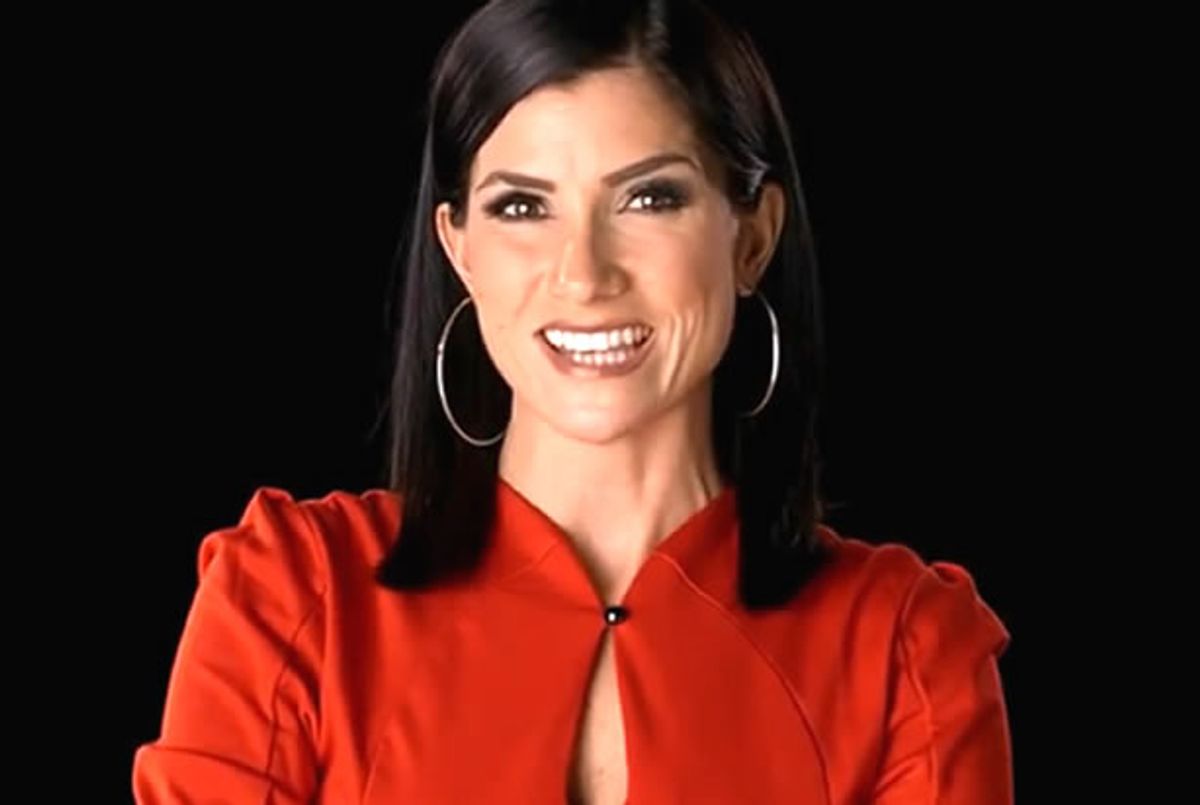 The National Rifle Association and one of its most prominent henchwoman, Dana Loesch, aren't the least bit happy with the New York Daily News' recent covers:

So they teamed up and produced a video, the awfulness of which is somehow both utterly predictable and unimaginable:

If you lack the stomach to watch Loesch connect-the-dots between Hillary Clinton, the mainstream media, Obamacare, the ostensible demonization of Christianity, the War on Christmas, the "weaponizing of the IRS," the Fort Hood attacks, the Boston Marathon bombing and, of course, Benghazi, that's most likely because you belong to the "the global alliance of elitists, media activists, Hollywood celebrities, campus radicals and political power-mongers who have openly attacked sacred American values and the people who cherish them with ruthlessness, contempt and downright hatred."

You most likely, according to Loesch, share "the same fanatical fervor to tear apart the foundations of America as the terrorists who threaten our very survival." That's why you applauded as "the New York Daily News became the loudest, vilest, most condescending voice for what many people call the Godless Left."

What you didn't know, however, is that "these false prophets at this failing excuse for a newspaper claimed to enjoy special knowledge of God’s plans somehow -- even as they mocked the entire concept of religion, but they weren’t alone."

"As a horrific act of terror unfolded in real time, the majority of Americans," Loesch said, speaking for this imagined majority, "turned to earnest prayer for the dead, the wounded, their families and the world — while political and media elites joined forces to insult and mock and disparage them, and in so doing, laid bare the utter moral depravity of the Godless Left."

The video was sponsored by Kimber, which according to its website is "America’s leading manufacturer of premium production firearms."