Larry Wilmore mocks Ted Cruz's endowment: "Do you know how small your d*ck has to be for you to do something like that?"

"You can't say facts and evidence matter in your climate denial speech," he tells the GOP presidential candidate 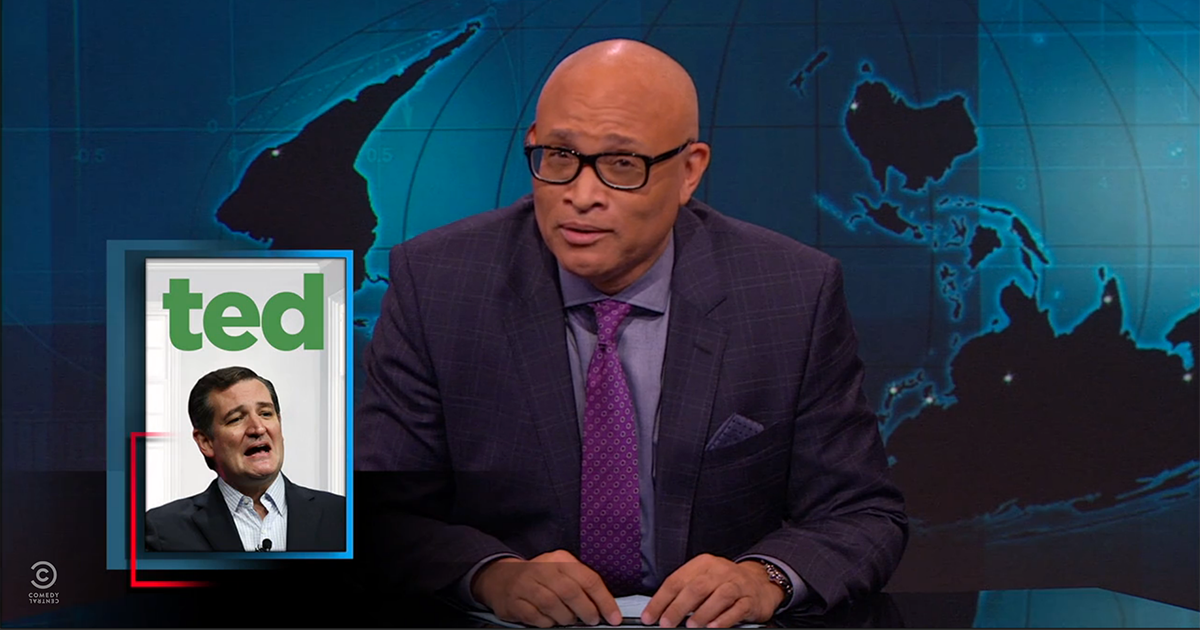 Ted Cruz is surging in the polls in Iowa. In another of Larry Wilmore's epic "Nightly Show" takedowns, the host crushed Cruz on, well, everything.

"Stop it!" was Wilmore's response to Ted Cruz's cherry-picked date in a global-warming speech in which he detailed a random 18-year slice of weather patterns that he said showed no significant warming. If only all life on the Earth operated in those 18 years, we'd be awesome. "You can't say facts and evidence matter in your climate denial speech. That's like having an affair with the babysitter and in the middle of having sex you whisper to her 'monogamy is very important,'" Wilmore joked.

When it comes to dealing with Donald Trump and Ben Carson, Cruz has used a faux care tactic of hugging them both on camera and "smothering them with love." Ew. "Smother them with love?!" Wilmore said confused and disgusted. "Are you talking about affection or murder?" With Cruz, you really never know. What's next, strangling them with respect and mutilating their corpses with good will?

If that's not bad enough, when Cruz tries to use humor things get even worse. Remember the creepy evil laugh he cackled after cooking bacon wrapped around his machine gun? "Do you know how small your dick has to be for you to do something like that?" Wilmore asked.

But the Cruz talk didn't stop at the top of the show, the "Nightly Show" panel discussed him as well. Correspondent Mike Yard said the whole thing is like an episode of "Punk'd." "I'm waiting for Ashton Kutcher to just pop out and be like 'America, you've been fuckin' punk'd!'"

"The people supporting Ted Cruz are the people who say shit like 'If Jesus had a gun the Crucifixion woulda went differently,'" Yard said.

Check out the whole thing below, the panel is absolutely worth the watch:
Part 1: