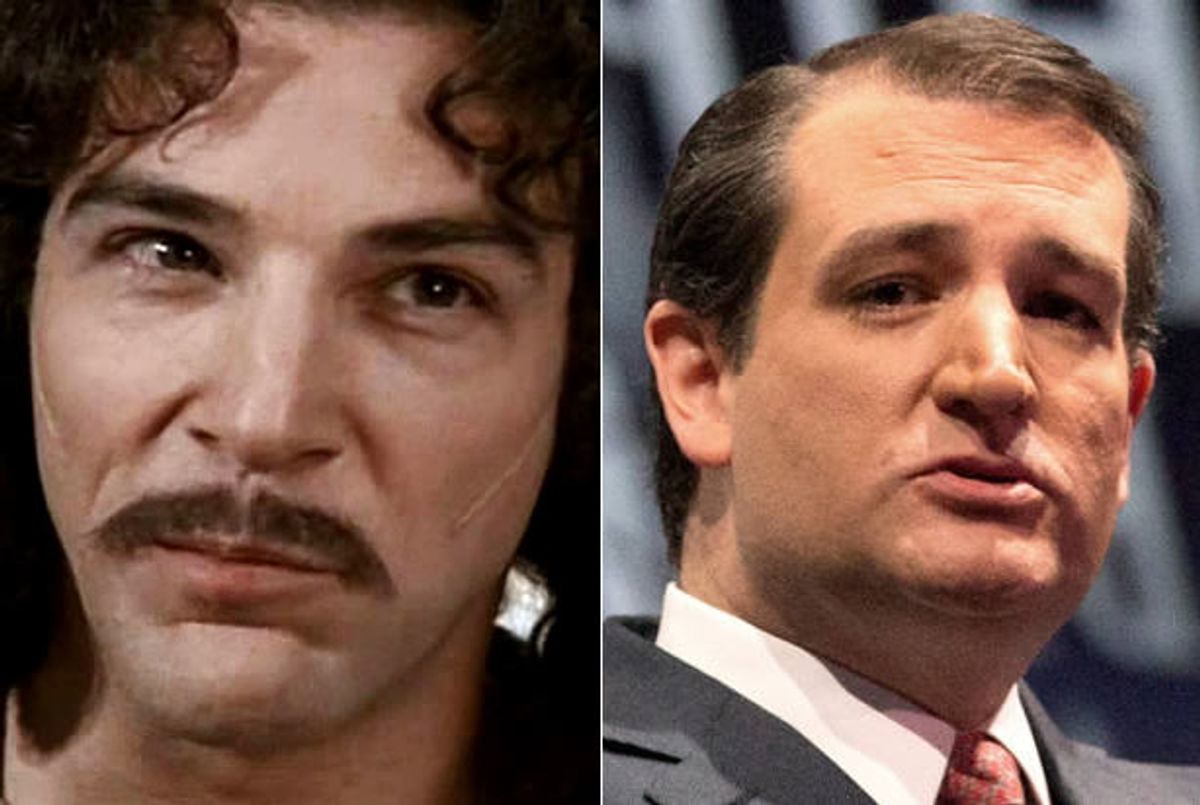 Texas Senator and current Iowa contender Ted Cruz has a penchant for quoting his favorite film, 1987's "The Princess Bride," but apparently the man whose lines he quotes most often isn't entirely happy about having his work associated with a Republican campaign.

"They Photoshopped his face right over my face!" Mandy Patinkin, who played "Inigo Montoya" in the film, told the New York Times' Jason Horowitz. "I said, ‘How can I stop this?’"

"I would like to be with Senator Cruz for a moment and I would like to respectfully ask him, since he quotes all the lines from ‘The Princess Bride’ and certainly all of my character, Inigo Montoya’s, lines, I would like to know why he doesn’t quote my favorite line?"

"Senator Cruz," Patinkin said, "if you’re going to say those lines, you’ve got to say the other line, too." That "other line" occurs after Montoya has fulfilled his self-imposed destiny to exact revenge on the six-fingered man who killed his father. "I have been in the revenge business so long," Montyoa said, "now that it’s over, I don’t know what to do with the rest of my life."

For his part, Patinkin told Horowitz that Cruz "is not putting forth ideas that are at the heart of what that movie is all about. I would love for Senator Cruz, and everyone creating fear mongering and hatred, to consider creating hope, optimism and love. Open your arms to these people, these refugees trying to get into our country, and open your hearts."

A spokeswoman for Cruz, Catherine Frazier, disagreed, saying that films like "The Princess Bride" are fundamentally apolitical. "Having some fun with a cult classic like ‘The Princess Bride’ should be something we can all get behind, politics aside," she argued.

Watch Cruz astound the crowd with his ability to recite lines from a film at Iowa Central Community College below.