Megyn Kelly and Brad Thor: Potential terrorists want "special privileges" that groups with "Tea Party" or "patriot" in their name don't get

The duo were upset that the Feds don't check applicants' social media accounts -- even the secret, private ones 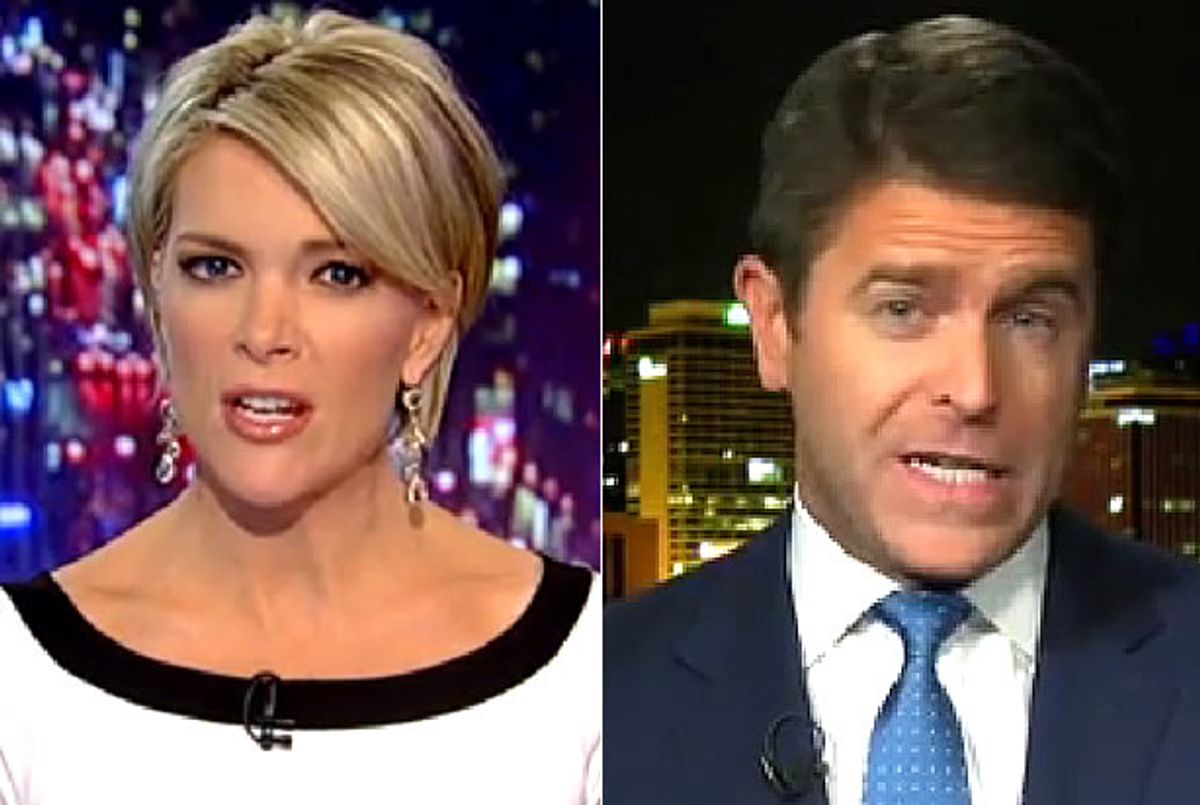 On "The Kelly File" Monday evening, host Megyn Kelly lambasted the Obama administration for deciding that the "optics" of investigating the social media accounts of people attempting to enter the United States outweighed any desire to keep Americans safe from people like Tashfeen Malik, the San Bernardino woman who posted about her anti-American beliefs on social media long before she took part in a mass-shooting that left 14 people dead.

Of course, Kelly immediately undercut her own argument, noting that Malik posted on social media under a pseudonym, and had adjusted her privacy settings such that only a small group of friends could access her profile. Meaning that even if the United States had examined her social media presence, it would not have been able to discover her intentions -- but that doesn't matter, because as Kelly asked, "How many others have slipped through the cracks [when] their online behavior might have kept them out of this country if only we had bothered to look?"

Kelly played a clip of Frank Cilluffo, the associate vice president and director of the Center for Cyber and Homeland Security at George Washington University, saying that "we have the ability and capability to monitor [social media] to one extent or another. In a way, it's like in the '80s saying that the government can't watch TV. That's the equivalent of social media for ISIS and how it spreads its narrative and its message."

She then welcomed a member of the Department of Homeland Security's Red Cell program, Brad Thor, who said that "there's no constitutional right to a visa, and there are no social liberties issues with this. When you post on social media, it's public, even if you throw up these privacy walls." Which of course is patently untrue, unless one believes that anything one posts online is inherently public, but Thor wasn't about to let that stop him.

"It is easier for a terrorist to get a visa than for a group with 'Tea Party' or 'patriot' in their name to get a 501(c)(3) classification from the IRS," he continued. "It's ridiculous!"

"They're worried about two things," Kelly replied, "bad PR, and civil rights and civil liberties organizations giving them push-back. The question is, are they worried about Americans who are going to get killed by extremists who want to murder us?"

"That's exactly the issue," Thor replied. "We have a president, not a publicist, and he needs to act like one. As far as civil liberties groups or civil rights groups, they can all jump right in a lake, because they don't have any leg to stand on here," as people applying for visas don't have the civil rights protections of citizens.

"They're asking for a privilege," Kelly said, "a special privilege!"

"This is a bunch of malarkey," Thor replied. "Why is [Obama] so much more concerned over people applying for visas than protecting American citizens?"

(UPDATE: This post was updated to reflect that Thor was talking about people applying for visas, not for people who already them, even though he was correct on both counts.)