The rapper and the Vermont senator talk guns, weed, God and a whole lot more in this much anticipated interview 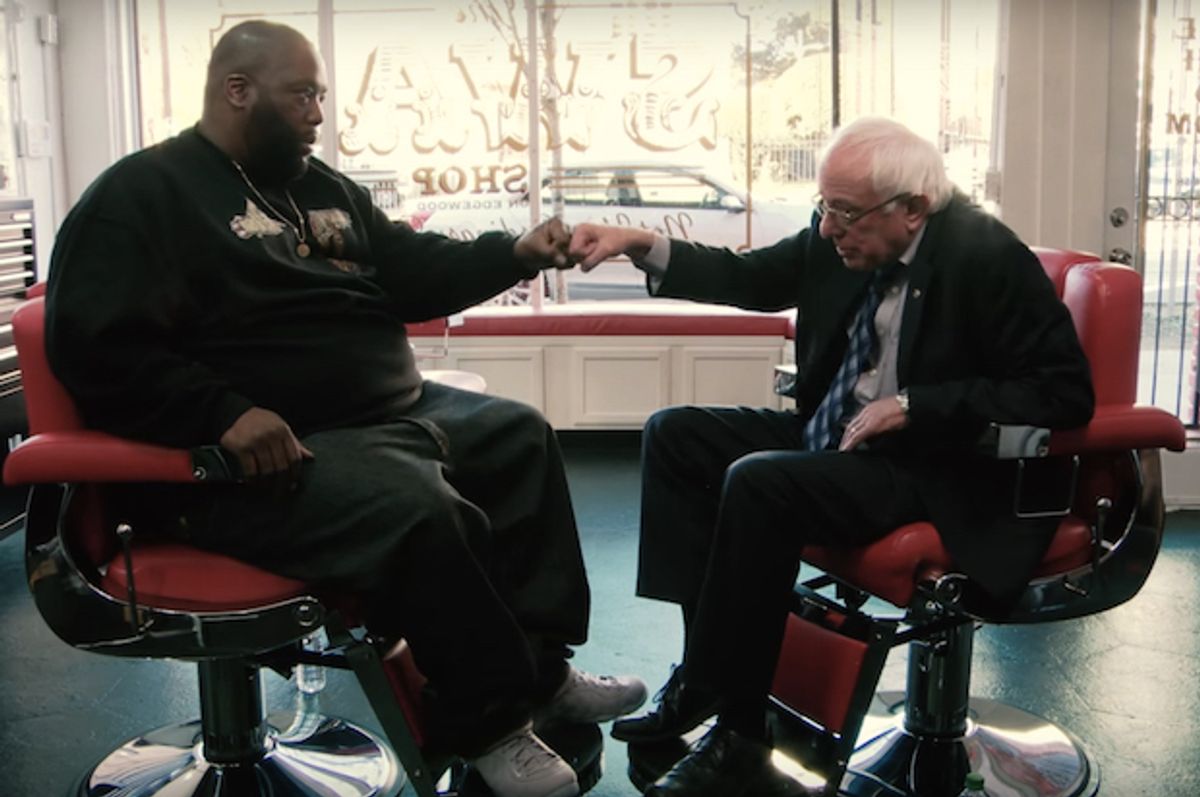 While introducing Sanders at an Atlanta rally last month, the rapper explained that he spent five hours with the Vermont senator, including a shared meal at a local soul food restaurant. The two's hour-long conversation took place at Killer Mike's barbershop, Swag Shop.

"What is socialism and what does it mean to the black community?" Killer Mike directly asked the self-described democratic socialist who trails rival Hillary Clinton by 65 percent among African-American voters in South Carolina, according to one recent poll.

"To be truly free, you need economic rights," Sanders matter-of-factly pronounced. In the series of separate videos titled "Economic Freedom," "Social Justice," "A Rigged Economy," "Free Health Care: It Ain't a Big Deal," "This Country Was Started as an Act of Political Protest," "Democrats Win When People Vote," the two discussed a wide variety of topics.

In the sixth and final installment the two finally reached a point of contention: Guns.

“I’m from the South. I like guns a lot,” Killer Mike told Sanders as he pressed him on his support for a federal assault weapons ban. "I'm an NRA member ... I just don't like Wayne LaPierre."