"We don't typically measure in time periods of 18 years. Unless you're calculating child support," cracks Noah 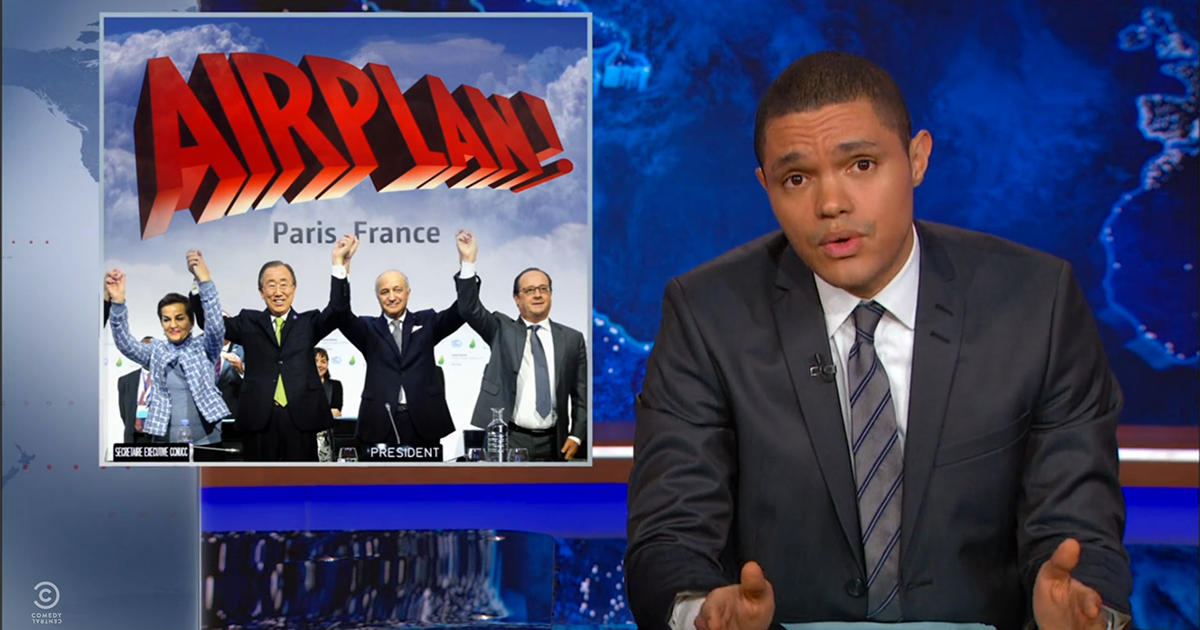 "And now the ghost of Al Gore can rest in peace," Trevor Noah said about the news that final negotiations had been reached in Paris for the climate talks on Monday's "Daily Show."

"You see, the Earth has been unhealthy for some time, it has a problem. So what the Paris agreement has done is basically sign the Earth up for a gym membership." All we have to do is show up at the gym and drop 3.6 degrees.

The worst part about working out and doing whatever you can is that little voice in your head that is always shouting you down. Kind of like Ted Cruz, who said that there hasn't been anything significant happening in the last 18 years. "But we don't typically measure in time periods of 18 years. Unless you're calculating child support. You see, the only reason Cruz picks 18 years is that is the only way that the data works in his favor."

If you go back to 1998, you see the frightening trend in warming. But who needs facts when spin is so much easier?