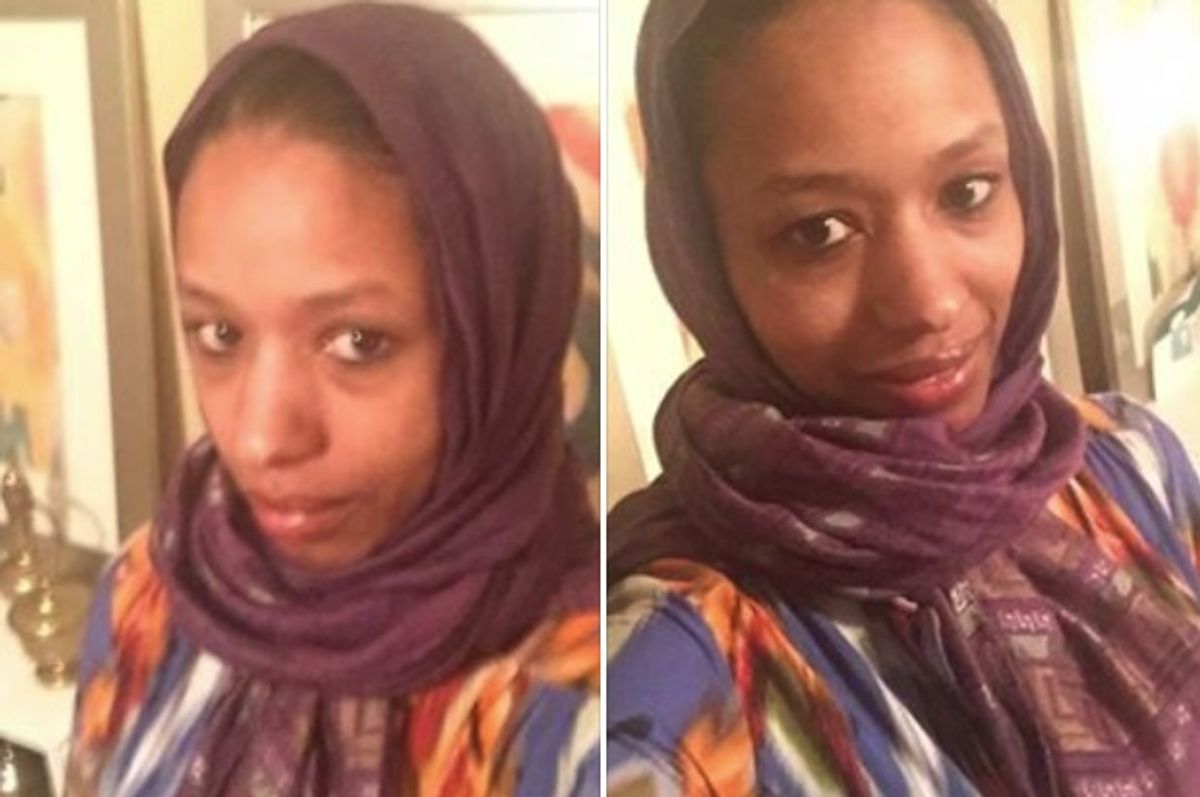 An Evangelical Christian college suspended a tenured professor for insisting that Christians and Muslims "worship the same God," echoing the pope.

Dr. Larycia Alaine Hawkins is an associate professor of political science at Wheaton College, an Evangelical private liberal arts school in Wheaton, Illinois, a suburb of Chicago. She has taught at the school for seven years.

Last week, in the midst of a wave of anti-Muslim attacks and hate crimes, Hawkins announced that she would publicly wear a hijab, a traditional Islamic headscarf, in solidarity with Muslims during the Christian season of Advent.

Hawkins said she asked the leading Muslim civil rights organization the Council on American Islamic Relations (CAIR) "whether a non-Muslim wearing the hijab was haram (forbidden), patronizing, or otherwise offensive to Muslims," and noted she "was assured by my friends at CAIR-Chicago that they welcomed the gesture."

"I stand in religious solidarity with Muslims because they, like me, a Christian, are people of the book," she added. "And as Pope Francis stated last week, we worship the same God."

"As I tell my students, theoretical solidarity is not solidarity at all," Hawkins explained. "Thus, beginning tonight, my solidarity has become embodied solidarity."

Hawkins' act of inter-religious solidarity went viral, and was covered in a variety of news outlets.

Her school, on the other hand, was not enthused by Hawkins' finding common cause with Muslims.

In response to Hawkins' comments, Wheaten College released a statement Tuesday afternoon notifying the public that it had placed her on administrative leave. The Evangelical school cited "significant questions regarding the theological implications of statements ... Hawkins has made about the relationship of Christianity to Islam" in justification of its decision.

Wheaten College could not be reached for further comment Tuesday night.

More recently, in 2012, the conservative Christian college also filed a lawsuit in opposition to the U.S. Department of Health and Human Services' mandate, under the Affordable Care Act, that the school must provide access to contraceptives in its health care plan or be subject to fines.

On Dec. 13, Hawkins wrote in another Facebook post that, since she began wearing the hijab to show solidarity with Muslims, she has "received pushback almost exclusively from other Christians."

"The pushback has primarily centered on the claim that Christians and Muslims worship the same God," she observed.

Hawkins pointed out that this position has been "held for centuries by countless Christians (church fathers, saints, and regular Christian folk like me)," and linked to an article exploring this question by Protestant theologian Miroslav Volf.

"Those of you who now count me apostate for daring to call fellow humans who happen to be Muslim my brothers and sisters," Hawkins wrote, "I love you with the power of the love that saved me and keeps me and bids me do justice in my body."