This is the fifth debate and Trump has been the party leader for six months. It's no wonder everyone's losing it 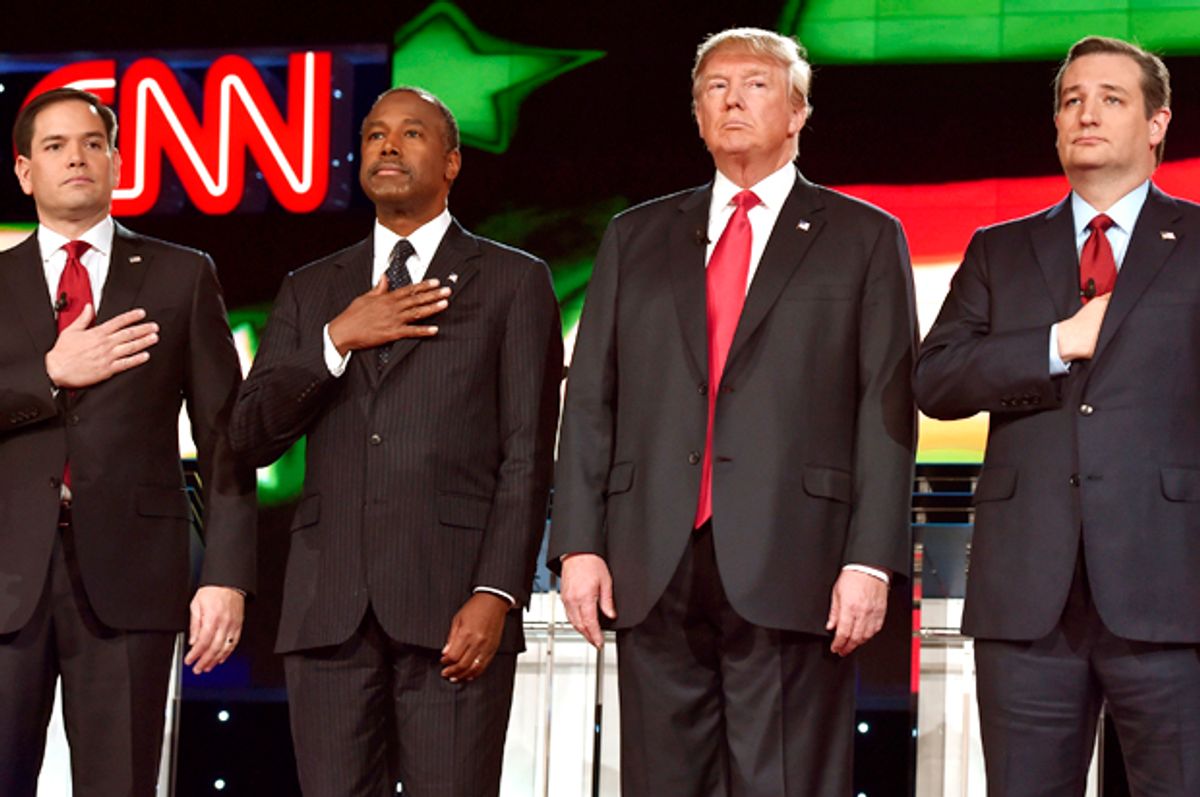 Tonight, CNN held the fifth and final Republican presidential debate of 2015 (there are, of course, more to come in the new year so don't get too excited), ostensibly about nationals security, although CNN and GOP presidential candidates apparently think only scary Muslims are terrorists based on the limited scope of the debate.

As in previous debates this election cycle, the network held a lackluster so-called undercard debate for low-polling presidential wannabes before the big kids got to play on the main Las Vegas debate stage. And as is tradition, conservatives took to Twitter to collectively watch their party leader's out tough guy one another and to complain about the media's coverage of Republicans.

A rare public sighting of Matt Drudge should have been advance warning enough of just how off-the-rails the night would eventually get:

Although the same excitement apparently couldn't be found outside of the Venetian theater:

There was a Saul Alinsky mention, cries of missing former president George W. Bush, repeat calls for penetration, a heckler, and even a Sarah Palin sighting. But it quickly became clear that after months of Donald Trump dominating the field and controlling the conversation, both the Las Vegas audience and the conservative viewers on Twitter were finally ready to expose their frustrations and reveal their party's deep fissures. They even booed debate moderator and conservative talk radio host Hugh Hewitt in the theater and online:

Most conservatives spent the night making it abundantly clear that they've soured on most of the crowded GOP field and may have finally tired of this clown show:

But conservative Iowa radio personality and one of Ted Cruz's most prominent Iowa backers Steve Deace clearly came looking to hit at Carly Fiorina out of the gate, hurling a numbingly sexist insult her way minutes into the debate:

Of course, Deace managed to later blame his wife for his forced apology: