Former NY Governor George Pataki: Donald Trump is the "Know Nothing" candidate of the 21st Century 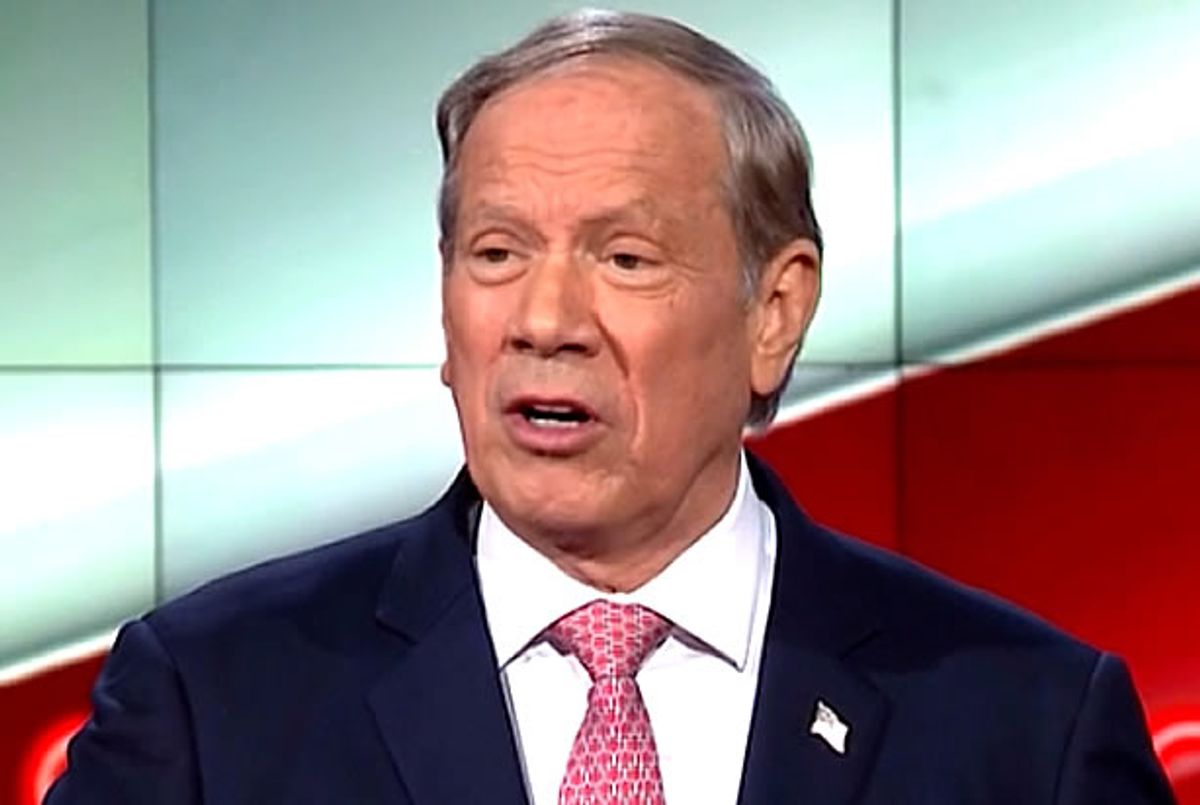 Former New York Governor George Pataki declared Tuesday that Donald Trump cannot be the GOP nominee for president after the statements he made about barring Muslims from entering the United States.

Trump's plan targets "one religion, regardless of whether you're a soldier who's fought on our side or one of our allies overseas, simply because of your religion, we're going to ban you -- it's un-American, it's unconstitutional, and it is wrong."

"Well," he concluded, "Donald Trump is the 'Know Nothing' candidate of the 21st Century, and cannot be our nominee."

However, because this is a Republican debate, Patakai faulted "Hillary and Obama as well, because by not distinguishing between Muslims and radicalized jihadists, because by refusing to acknowledge that it is radical Muslims, radical jihadists, who are carrying out these attacks against America, they let Americans that are confused an angry to lump everyone together."

Watch the entire debate below via CNN.