How "Star Wars" changed the world: "It feels real in a way the stuff on 'Star Trek' probably doesn’t"

Science fiction scholar Gerry Canavan on how "Star Wars" shaped the movies, sci-fi and how we imagine the future 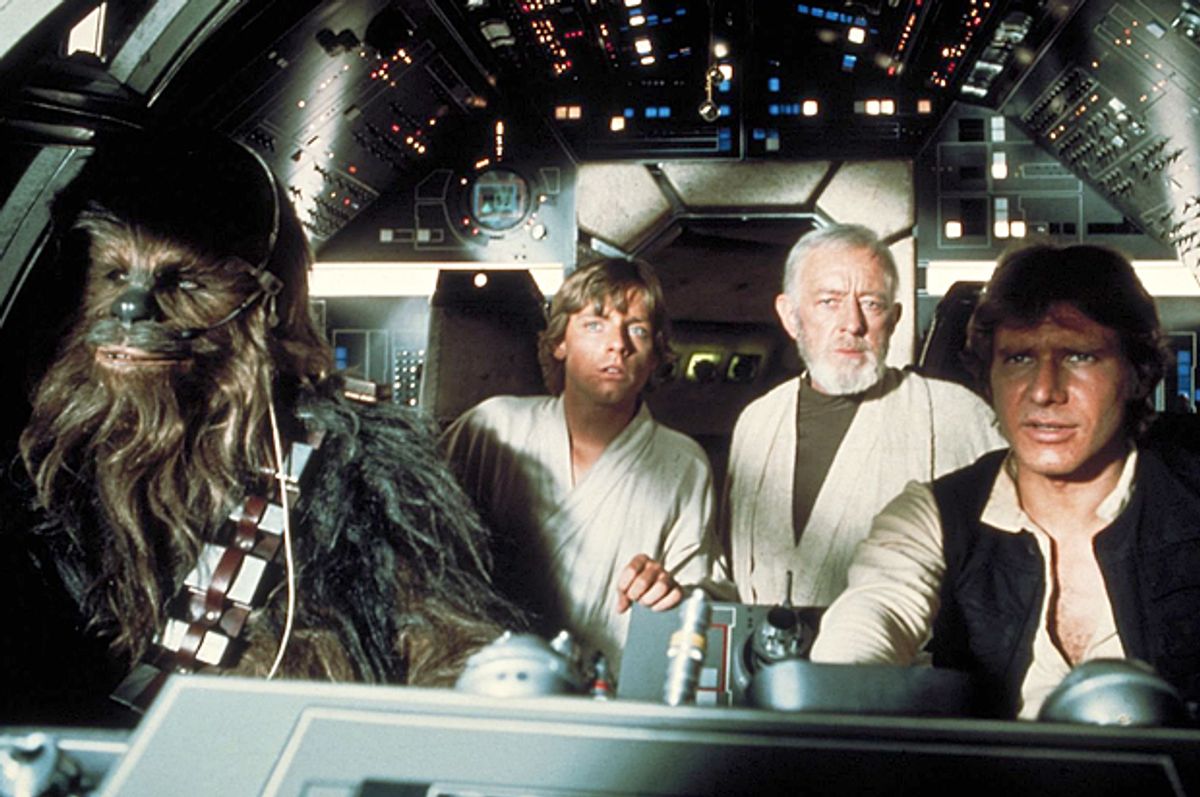 These days it’s called “Star Wars IV: A New Hope.” In 1977, it was just “Star Wars.” Whatever you call it, that film launched the most profitable movie franchise in history and changed all kinds of things: Fashion, product design, merchandising, movies and perhaps even science fiction itself.

As the franchise got bigger and the action figures kept selling, its influence deepened. Now, with the seventh movie in the series, “The Force Awakens,” opening on Friday, the noise has become almost deafening. The extended “Star Wars” universe seems poised to completely invade our consciousness. But what has its enduring influence been?

To get at this, we spoke to Gerry Canavan, a professor of American literature and popular culture at Marquette University; he is also the co-editor of “The Cambridge Companion to American Science Fiction.” We spoke to Canavan from his university office; the conversation has been lightly edited for clarity.

“Star Wars” has become inescapable again. Where do you see the most sweeping influence?

It may be the production paradigm that it created -- that these movies can be huge blockbusters, as opposed to niche or [aimed at] fandom. This was the first of the science-fiction properties that really transcended the genre and became a global phenomenon in that way.

Peter Biskind, in “Easy Riders, Raging Bulls,” describes the huge success of “Star Wars” and “Jaws” as bringing the end to a certain kind of maverick American cinema; the success of these blockbusters put pressure on movies to get bigger, be more profitable. They now had to conquer the world; this shifted budgets, marketing costs and financial expectations upward. Is it fair to say that the first “Star Wars” movie had that kind of impact?

Oh, absolutely… If you look at the way films are produced now -- these kind of sweeping three- or four-movie series, a Marvel cinematic universe coming out every year – that’s the process that “Star Wars” set in motion. Hyper-intensified to its inevitable conclusion. So we live in this post-“Star Wars” media environment.

You look at the way “Star Trek” transforms itself after “Star Wars”: It has to become a movie franchise. And that changes certain elements.

There have always been movies for kids, movies for adults, and movies that crossed over. But did “Star Wars” or its sequels shift things toward younger viewers?

That’s an interesting question… I think it’s more about a flattening of audience expectations generally. That movies need to speak to these large populations, and that includes both teenagers and adults, Americans and the global box office, both men and women, rich people and poor people. These mass blockbusters cut across a lot of audience lines that in another age would have been more separate.

The “Star Wars” movies in general raised the bar for special effects pretty substantially. But when you go back to the 1977 movie, the effects seem awfully primitive. At the time, wasn’t this the most sophisticated science-fiction universe anyone had ever seen?

The special effects were a huge part of it. It’s the tactile nature of the material in the world – it felt real, it felt lived in, it felt like you could touch it. That really transformed the way people imagined the future. That future space – even though it’s from the past – it feels real in a way the stuff on “Star Trek” probably doesn’t, where it’s so bright and shiny and clean.

What about the impact on science-fiction books? Did the “Star Wars” movies have a widespread influence?

Science fiction has always had a strong divide between the pop stuff and the intellectual stuff. What “Star War” does is intensify that. Where you see it most clearly is in the creation of the subgenre of movie adaptations. At the end of the bookstore line – if there were still bookstores – there are all these “Star Wars” books and “Star Trek” books, and different movie tie-ins. The “Star Wars” extended universe became a publishing genre in itself.

We’ve also seen dozens of movies that structurally borrow from the “Star Wars” story. It’s an old story – he borrowed it from myth. This boy from nowhere who enters into the larger society, and discovers that he’s the chosen one. And is invested with magical powers. That’s become an incredibly important myth for us that we retell over and over in different ways.

To what extend did the “Star Wars” movies make the boom of comics-movies happen? My guess is we wouldn’t have had that otherwise.

I think that’s definitely true. It creates a kind of media ecology where science-fiction movies and comic-book movies are possible. “Superman” becomes the first comic-book franchise that really makes the mark; then you get the “Batman” movies…. These franchises that are endlessly self-renewing the way the “Star Wars” movies are.

How much are you looking forward to the new “Star Wars”? Some people think we’ve had enough of them, or that the films have declined… How artistically healthy is the franchise? And how excited are you for “The Force Awakens”?

A lot of people felt burned by the prequels. The ghost of the prequels is hanging over people, not wanting to get too invested in [the new movie].

As media properties go, this is a really interesting moment. We’re coming back to a story that seemed over, that seemed to have had a happy ending. It seems to speak to our times a little bit: Oh, the next 30 years of our lives seem like they’ve been pretty unhappy. The end of “Return of the Jedi” didn’t solve all the problems in their world – the story continued.

If you’re really trying to take seriously the idea of a galactic empire, it wouldn’t really collapse because you won one battle. In the books, they have to fight the empire for decades. Something similar – I’ve not seen the movie yet – seems to have happened in the movie [universe.] The story doesn’t really end because they assassinated one guy, the emperor. It’s been a continuing crisis in this world. So I’m interested in that.

I’m excited about it, even though I’m nervous that it will ruin my childhood investment in “Star Wars.” I grew up with this story, so there’s no way I wouldn’t see it.