Reince Priebus sets the 2016 goal for the RNC: Competence 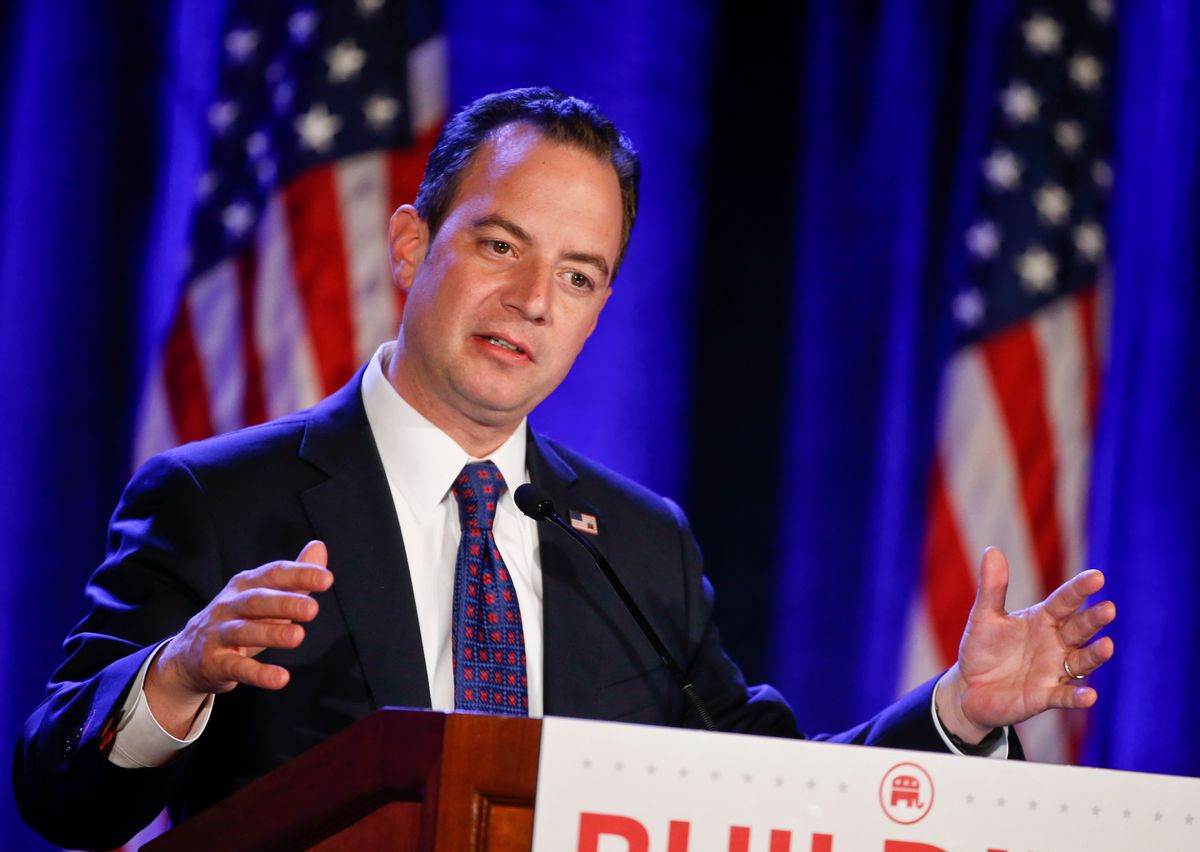 Things kicked off to an underwhelming start for the main stage debate of the CNN Republican debate Tuesday night. Republican National Committee Reince Priebus came out to warm up the crowd with an awe-inspiring speech about the party's lofty goal of achieving basic competence.

To be fair to Priebus, "competence" is an elusive goal when your presidential frontrunner is Donald Trump and your politicians kicked out John Boehner because he's not nutty enough. Set your sights high, Reince. Politics is a game for dreamers, they say. Competence, she's a slippery beast, hard to get your hands around. But it's the holiday season, a time to hold out for a Christmas miracle.