Rick Santorum: "We have entered World War III," he said, as if that was a good thing

He's only polling at 0.3 percent, but that's enough to start a World War, don't you think? 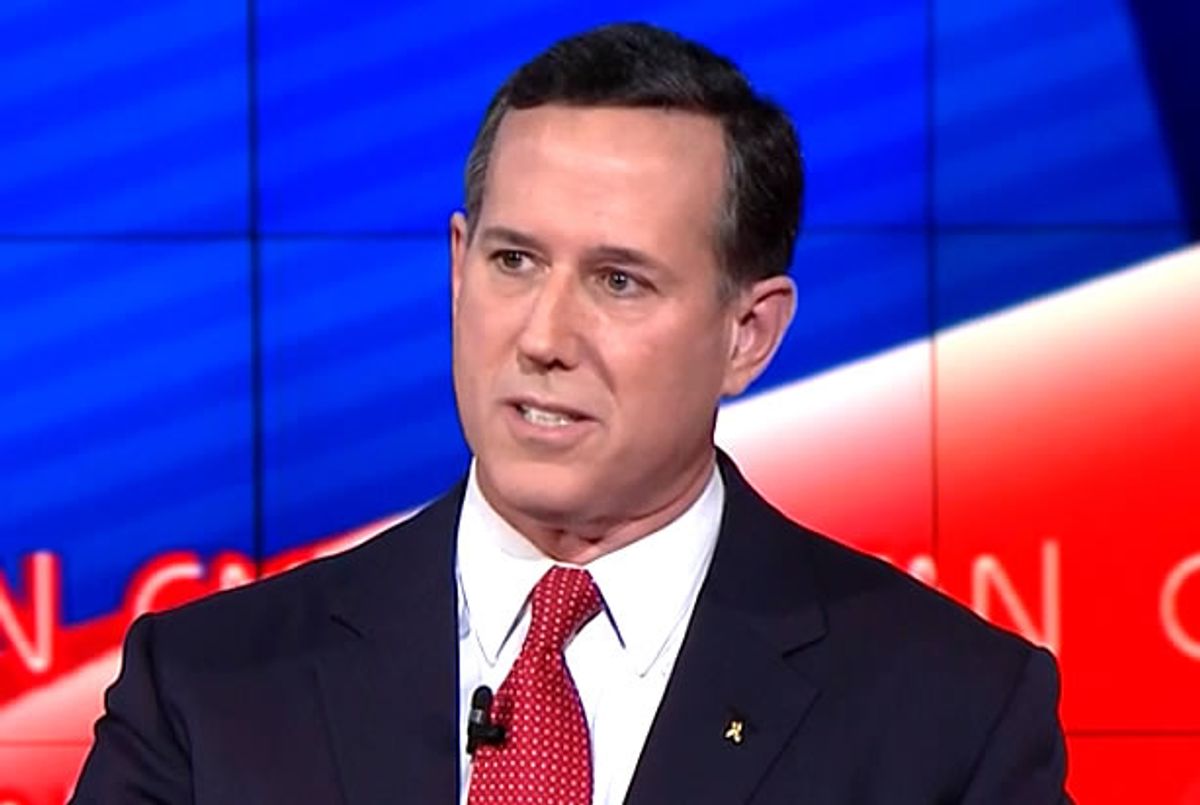 In tonight's undercard GOP debate, Rick Santorum was asked whether he agreed with Donald Trump's statements about barring all Muslims from entering the United States, and he said that he did not, mostly, but agreed with the general drift of Trump's remarks as regards terrorism.

"What Donald Trump was saying was nothing against Muslims," he said, even though it clearly was. Like George Pataki before him, Santorum blamed President Barack Obama for not having drawn enough of a distinction between law-abiding Muslims and terror-infatuated jihadists.

"The fact of the matter is that not all Muslims are jihadists," Santorum said. "No one — including I suspect Donald Trump would say that. But the reality is all jihadists are Muslims. That’s a reality, and we have to stop worrying about offending some people and start defending all Americans."

Watch Santorum's statement below via Anderson Cooper on Twitter.