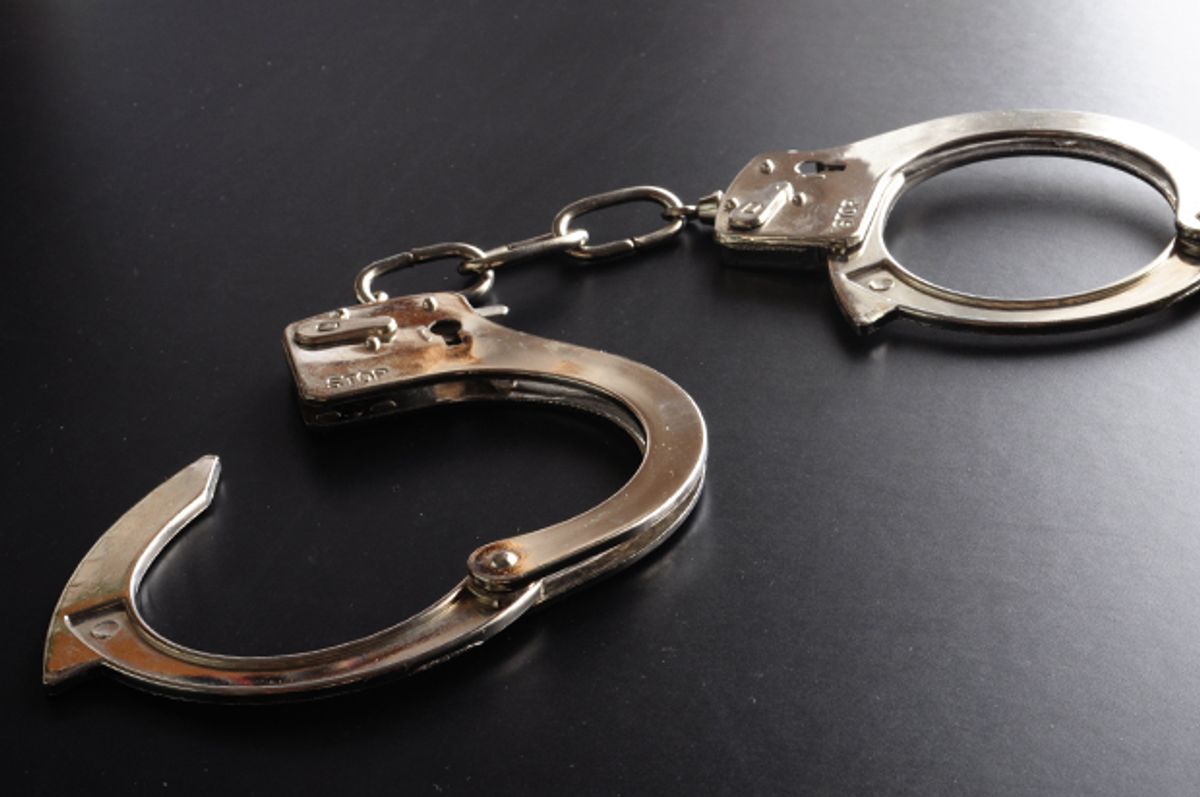 Last year, a scandal getting nationwide attention erupted when it was discovered that one of the victims in a Rolling Stone exposé about a rape at the University of Virginia, a woman who claimed she was brutally gang-raped at a frat party, was probably lying about most or even all of her story. The woman in question had gone out of her way to avoid accusing anyone of this possibly fake crime, even going so far as to refuse to name the ring leader in the alleged attack off the record to the journalist interviewing her.

But the whole thing kicked off a nationwide hysteria about false rape accusations anyway, a hysteria that was only checked by the cold bath in reality that are the Bill Cosby allegations, which reminded everyone that, by and large, most rape accusers are telling the truth.

On Wednesday, T. Christian Miller of Pro Publica and Ken Armstrong of The Marshall Project published an brutal exposé of a false accusation, titled "An Unbelievable Story of Rape." The piece details a false accusation far more horrifying than the one turned up by the Rolling Stone scandal. Unlike the UVA case, the victim of this false accusation in Lynnwood, Washington was actually named and turned over to the police to be charged. A ruined reputation, public humiliation, and estrangement from family members all followed this false accusation. Authorities very nearly kicked the victim from her home.

Yes, "her." Because the victim of this bona fide, filed with the authorities, false accusation was, in fact, a woman. And she wasn't accused of rape, but of filing a false police report after she was raped. And no, it's not an "alleged" rape. Despite years of being branded as a liar, the victim, who goes by the name of "Marie" in this story, finally saw her rapist arrested and found guilty of his crime, after pictures of himself raping her were discovered in his home.

It's a story of a false accusation that is far more chilling and shocking than the story of a troubled college girl misleading a journalist. As Miller and Armstrong carefully lay out, the victim, Marie, was subjected to a lengthy rape by a stranger who broke into her house, delighted in terrifying her for hours, and then tried to make her forgive him for it before he left. But even though there was physical evidence of the rape, the police were so eager to believe the "hysterical women make stuff up for attention" myth that they bullied Marie for hours until she gave in and told them what they wanted to hear, that she made it all up. Then they charged her for a crime for reporting her rape —which really did happen —in the first place.

The short answer for why all this happened  is sexism. The longer answer is a depressing, and depressingly predictable, laundry list of everything feminists have been telling us for decades about why people don't believe rape victims.

Marie's two foster mothers, women who should have been there for her, fell for the trap of believing that victims have to act a certain way — sobbing all the time, looking properly forlorn and helpless — to be believed. "I’m a big 'Law & Order' fan," one foster mother explained, confirmed every feminist's worst fears about how that show distorts the issue of rape.

The police, in turn, fell victim to every stupid misogynist stereotype that holds that women are "crazy" and that the female need for attention is so all-encompassing that they will endure the horror show that is a rape investigation, complete with a humiliating rape examination at the local ER, to get that precious, precious attention.

And everyone, including the housing authorities that helped Marie get her apartment, fell victim to ugly stereotypes about people on public assistance (Marie had grown up in foster care and was living in a subsidized apartment): That they are untrustworthy, greedy, shallow people with no sense of proportion. At one point, one officer mentions that he got a tip that "Marie was unhappy with her apartment" and had made up a rape in a bid to get a new one.

A million right-wing digs about welfare cheats clearly helped lead to this moment. Marie was even forced to lie, by claiming she lied, in front of her fellow adult children of foster care in order to keep her apartment.

There's a whole cottage industry of anti-feminist pundits out there who make it their life's work to push the myth that women routinely lie about being raped, to get attention or to conceal consensual sexual activity. They champion poorly researched studies claiming that false rape reports are common, even going so far as to argue that half of rape reports are lies and trying to cast doubt even on claims for which there is no evidence of lying. Reliable research, meanwhile, suggests that false reports are only 2-8 percent of reports. An even smaller percentage are actual accusations, as many false reporters carefully avoid naming names.

All these efforts to push the myth that false rape reports are common clearly paid off, as Marie's disturbing story shows. And not just with this one victim who was strong-armed into "admitting" she lied when she did not. "In the five years from 2008 to 2012, the department determined that 10 of 47 rapes reported to Lynnwood police were unfounded — 21.3 percent," Miller and Armstrong write. "That’s five times the national average of 4.3 percent for agencies covering similar-sized populations during that same period." How many other victims are out there, branded as liars, just because the cops would rather believe that women are hysterical rather than that rape is a crime that happens as much as it does?

To be clear, no one is saying that we should simply convict men, without evidence of rape. But, as Stacy Galbraith, the detective who helped break this case, explained, you should take the time to listen to victims. “A lot of times people say, ‘Believe your victim, believe your victim,’” Galbraith told Miller and Armstrong. “But I don’t think that that’s the right standpoint. I think it’s listen to your victim. And then corroborate or refute based on how things go.”

Unfortunately, as this story shows, that's often not how it goes. Victims often find, instead, that people, even friends and family, are so intent on discrediting you that you never even have a chance to make your case.

Somehow I fear that this story, which has a real victim and real consequences, will not get nearly as much national attention as was paid to the story of the Rolling Stone getting snookered by a fabulist at UVA. The very real struggles that rape victims have being believed isn't as enticing a story as the baseless fears so many men have about false accusations. Like the police who ganged up on Marie, it  is still easier for many of us to believe that women make all this up rather than this is a thing that is actually happening.