Glenn Beck loses his mind: The right will rebel if it's Hillary vs Trump

His "give me what I want or I quit democracy" stance neatly reflects Trump's "give me GOP nom. or I quit the GOP" 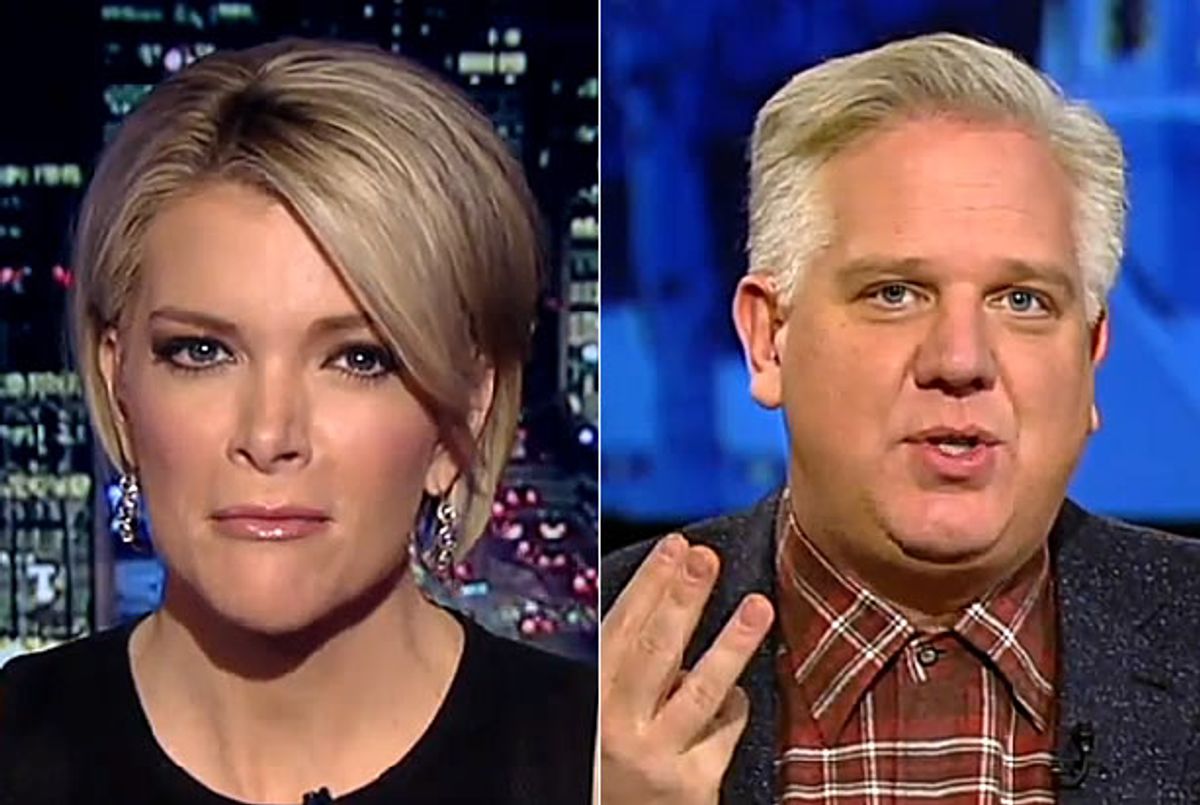 Blaze-founder and former Fox News Conspiracy-Theory-in-Chief Glenn Beck appeared on "The Kelly File" to discuss what's wrong with America today -- the answer being, of course, progressives, who are responsible not only for the situations in Baltimore and Chicago, but for the creation of the weak political classes that dominate both major parties.

"Trump is exploiting the people who feel like there is nobody listening to them," he said, before asking three clearly related questions. "Why are there riots in Baltimore? What's going on in the streets of Chicago? Why is Donald Trump growing?"

Beck complained that Trump isn't a true conservative, merely "a reaction that I warned about when I was on Fox, I talked about a pendulum swinging back, you don't want this to happen."

"I know there’s a lot of people in the GOP who are like, ‘Look, he’s better than Hillary Clinton.’ Maybe, I don’t know," he added.

Beck said he would vote for Sen. Ted Cruz, and that he could see himself holding his nose and voting for Sen. Marco Rubio, but not Chris Christie -- although he said he didn't think that Christie was going anywhere. According to Beck, Chris Christie will surge back into the race once he begins appealing to "progressives within the Republican Party."