Stephen Colbert unleashes on Donald Trump: "I'm not surprised his prostate is healthy. That's where he's pulling all of his best ideas from" 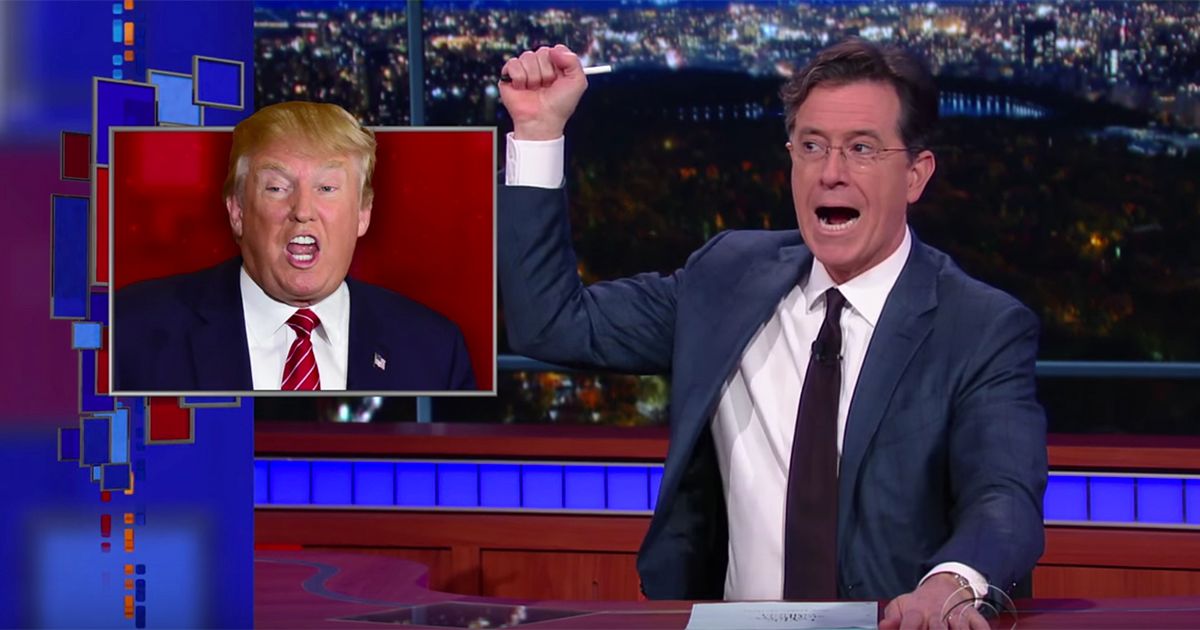 The best part of post-debate TV is not the freak show of pundits scrambling to sound important after it is finished, but the following day when the late-night hosts skewer everyone involved. Stephen Colbert told the "Late Show" audience Wednesday night that instead of licking eggnog out of Tom Selleck's mustache at the CBS Christmas party, he stayed home to watch the debate. Probably best, fewer apologies that way.

He started by bashing the debate site at The Venetian as "the most American" hotel, owned by Republican mega-donor and part-time Kuato, Sheldon Adelson." Kuato is the disgusting parasitic twin that is attached to the stomach of George in 1990 version of "Total Recall." Compare for yourself: "But the cow carcass slowly being lowered into the pyranha pit of this 8th-grade slumber party was Donald Trump," Colbert said. Bush tried to attack Trump and even though he clearly got under Trump's skin, Trump's own doctor cleared him earlier this week for being able to take it. The only two actual medical factoids in the doctor's note included Trump's blood pressure and his prostate score of 0.15 which it says is very low. "And I'm not surprised his prostate is healthy, that's where he's pulling all of his best ideas from," Colbert said.

Colbert said that he believed Trump's doctor about Trump being the "healthiest individual ever elected to the presidency" because "of the 44 people who have been president, most of those guys are dead." But the best was the photo that they found of the doctor "lucky enough to prod the golden prostate" who Colbert says is "wasting away in Margaritaville." He admitted it isn't fair to grab a photo of the guy on vacation, so he showed the doc in his office, which is probably worse. Even the official photo doesn't do much to instill confidence.

Check this guy out: