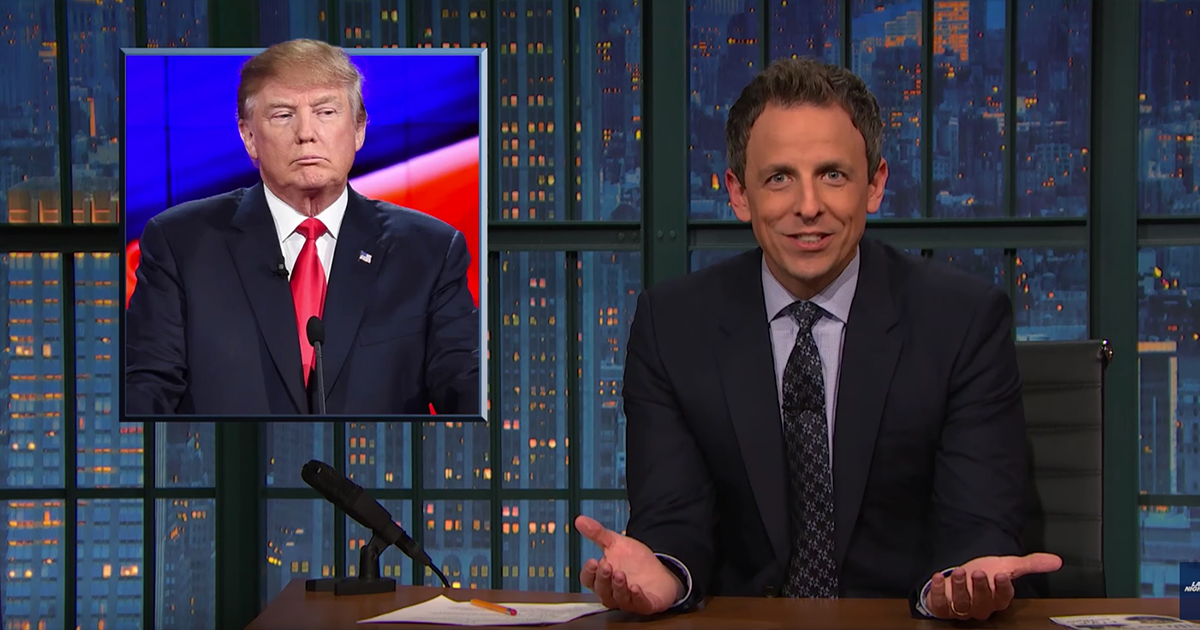 Seth Meyers was eager to talk about Tuesday's debate on "Late Night" Wednesday evening. He didn't pull any punches in his opening monologue saying, "Last night's Republican debate focused on the themes of terrorism and foreign policy, and it's a good thing, too, because during the debate, I spotted nine people who had definitely been radicalized by ISIS."

But it was in his "Closer Look" segment that recapped the 2-plus hour debate in just five minutes. The night was mostly about terrorism and national security which presented literally zero plans for defeating ISIS. There was no Ted Cruz/Donald Trump battle as CNN had been teasing, there were some fireworks between Cruz and Marco Rubio, but the only real fight came between Trump and Jeb Bush.

Meyers then mocked the GOP candidates for saying nothing more than they would destroy ISIS, something President Obama has already declared. "I bet things are pretty tense at ISIS headquarters last night," Meyers said before launching into an Arabic accent. "Slow down, what did he say the plan was? They win and we lose. Oh, man, oh, man, oh, man. This is bad. This is bad if that is their plan, 'cause that is a very good plan!"

So basically the GOP has no plan for fighting ISIS. Does that make them soft on terror or just stupid on terror? "In the end," Meyers concluded, "the candidates didn't present any new plans for fighting terrorism, they were not much different than what President Obama's already doing, and the few things that were different were not that great. In fact, I'm guessing most people watching at home had expressions something like this," he said showing photos of Trump and Bush exasperated.