Bill O'Reilly: Donald Trump's supporters are like "the #BlackLivesMatter crew" — "they basically hate their country"

"Their numbers are a lot less than Trump's numbers," he told Bernie Goldberg, but it’s the same powerful emotion" 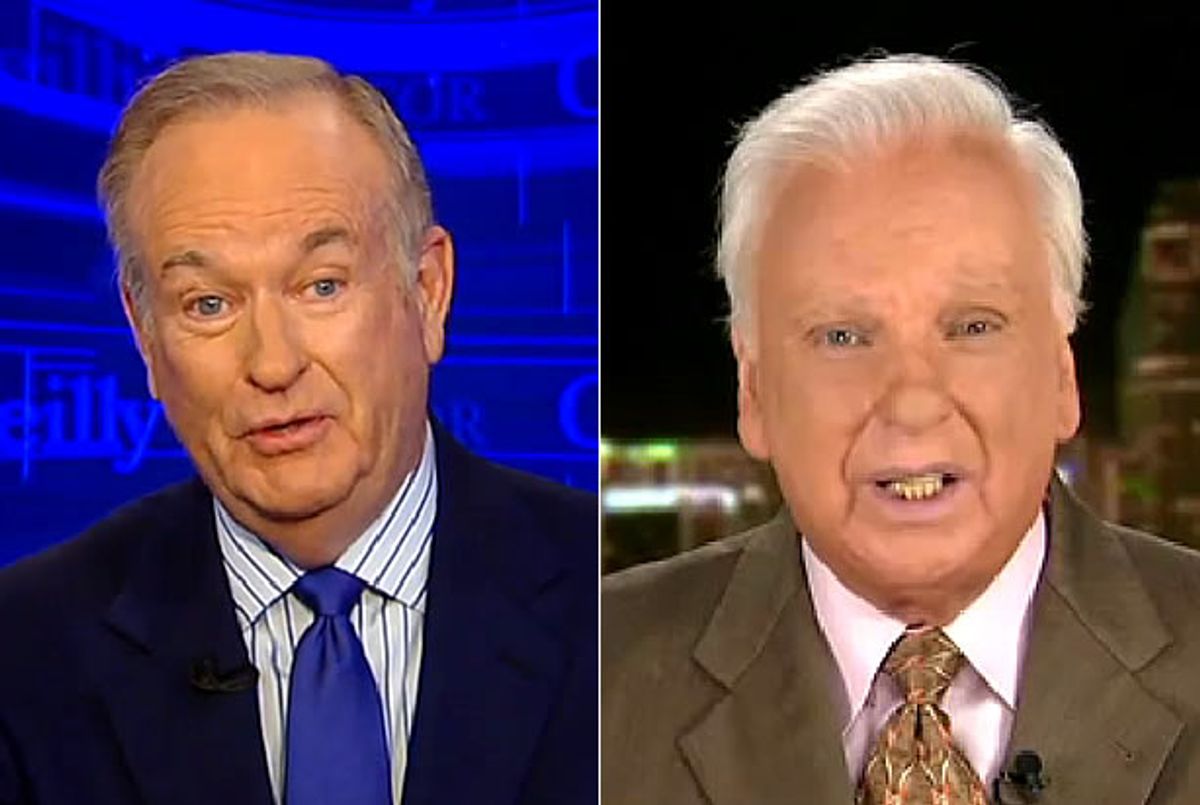 During his weekly segment with media expert Bernie Goldberg, Bill O'Reilly discussed the anger motivating supporters of Donald Trump, and tried to identify who exactly they are.

"They are so wrapped up in his magic that they not only think he will win the White House," he continued, "they think most Americans think like they do. They are so desperate to get out of living in modern America that they believe Trump's cynical nonsense. He says all these things that he can't deliver on, but they don't care!"

O'Reilly disagreed, saying that he's not personally "an extremist in any way, shape, or form," but that he has "no confidence in the system at all" because of Congress' refusal to act on his pet project, Kate's Law. This allows him to sympathize with the frustration of Trump supporters and, shockingly, "the #BlackLivesMatter crew."

"Trump knows that millions and millions of Americans have had it and that he’s going to mobilize all of those people," he said. "It’s a lot like #BlackLivesMatter and again, he’d be horrified [by that comparison]. The #BlackLivesMatter crew, they basically hate their country -- they hate it."

"There’s nothing you can say to persuade them out of that -- they hate it. Their numbers are a lot less than the Trump numbers, but it’s the same powerful emotion."