Florida mayor has had enough of Jesse Watters' "War on Christmas" nonsense: "You shouldn't be voicing your opinion on what Santa does and doesn't want" 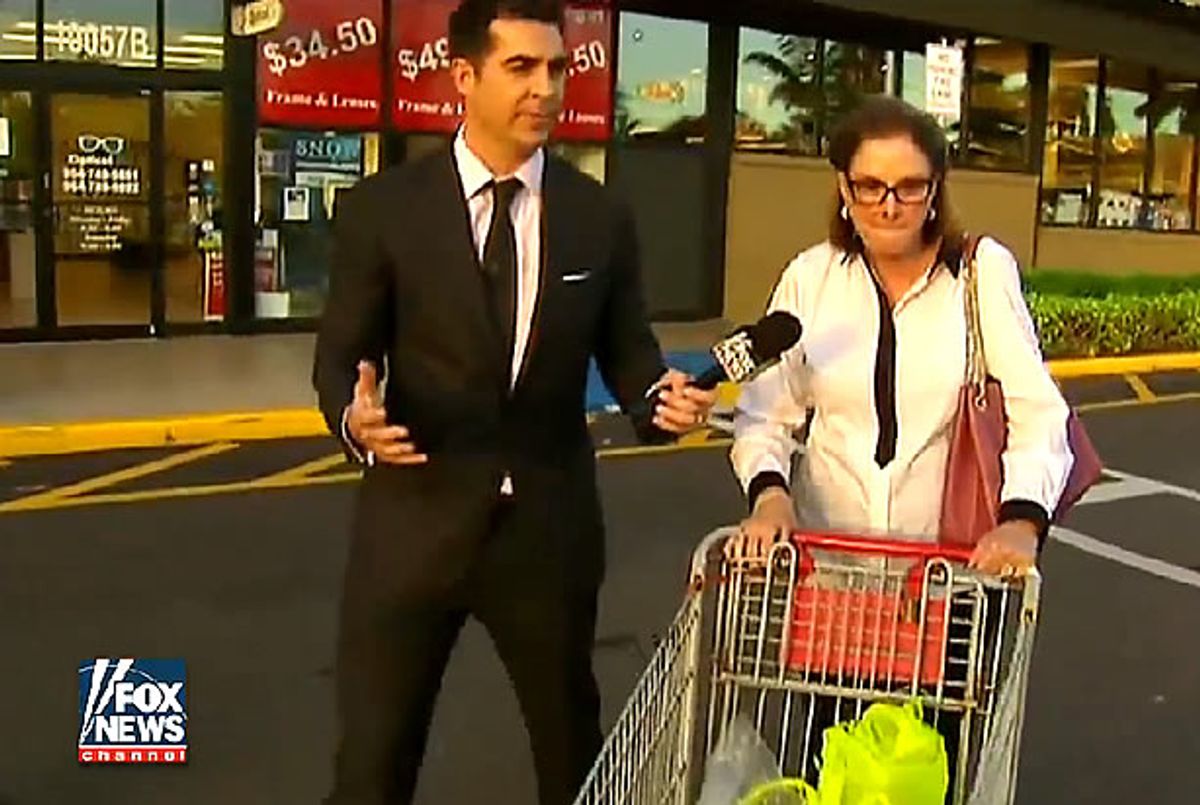 On "The O'Reilly Factor" Thursday evening, Bill O'Reilly sent professional provocateur Jesse Watters to Plantation, Florida, where the "War on Christmas" is in full-effect -- in the form of the city filing a lawsuit to recoup the costs of shutting down streets and hiring policemen to direct traffic in front of a particularly garish Christmas display.

Every year, Mark and Kathy Hyatt string up over 200,000 lights and install a 20-foot Ferris wheel in their front yard, a display which draws hundreds of visitors each week night, and thousands on the weekends. Watters spoke to some of those visitors, all of whom were appalled that the city of Plantation is trying to shut down the Hyatt's display.

Mark Hyatt told Watters that he doesn't charge admission to "Hyatt Extreme Christmas," but that Plantation Mayor Diane Veltri Bendekovic wants to force him to, so that the city can profit off his personal religious celebration. As he put it on Facebook, he wants the mayor "EXPOSED for being Vindicative & using Tax Payer Monies to Fund her Vendetta Against the Hyatt Family!"

And so Watters sought out Mayor Bendekovic, finally ambushing her in the parking lot of a grocery store, demanding she account for why the city is suing the Hyatts to recoup expenses their "Extreme Christmas" display compels it to incur.

"There’s some political situations that are going on, being Republicans and Democrats, and she’s just not liking this couple," he explained immediately before cutting to the clip of him accosting her in the parking lot. "Why are you suing a family for having Christmas lights?"

The mayor refused to answer his question, saying that she shouldn't comment on pending litigation. Watters was undeterred, saying, "this isn’t a good use of taxpayer money to go after homeowners for a few Christmas lights, is it? I don't think Santa's going to be happy with you."

"I don’t think you should be voicing your opinion what Santa wants and what Santa doesn’t want," Mayor Bendekovic shot back. "Have a nice day, and enjoy your visit in Florida."