"I am NOT J.J. Abrams": Twitter users spoil "Star Wars" for weatherman with slightly similar name

Whether you loved or hated "The Force Awakens," don't tweet about it to @jjabraham—please 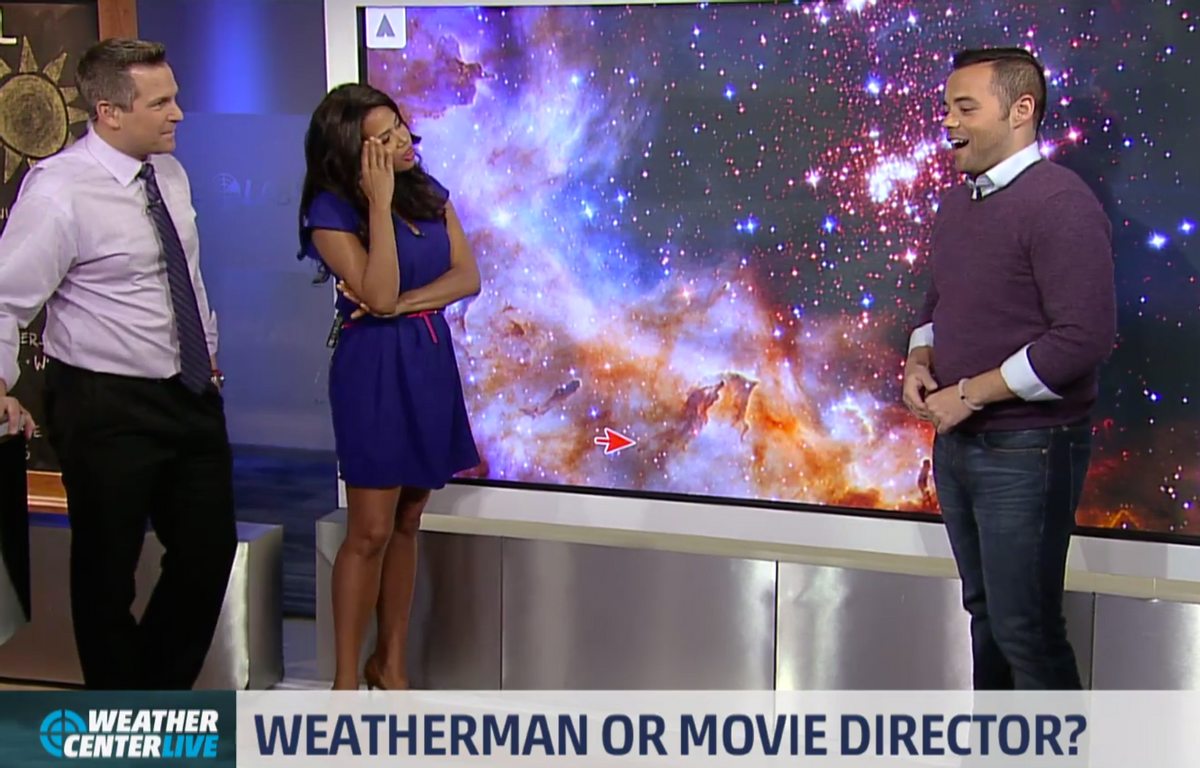 “Star Wars: The Force Awakens” is the first edition of the franchise to have been released since the advent of Twitter, giving fans the opportunity to give direct feedback to director J.J. Abrams.

Turns out J.J. Abrams doesn’t have a Twitter, but Justin Abraham—producer and meteorologist at The Weather Channel—does. And he’s getting an onslaught of feedback—positive and otherwise—for the job he didn’t do on “The Force Awakens.”

Abraham appeared on The Weather Channel to clarify the situation.

“A majority is positive reviews about the movie,” Abraham told “Weather Center Live” anchors. But “[t]here is a minority that really hates it.”

“The whole movie has been spoiled for me,” Abraham continued. “I know what happens, all the big moments.”