It's not about party, it's about hunger for war: 19 percent of Democrats also said they'd bomb fake country from "Aladdin"

You're missing the point. 30% of Republicans said they'd bomb Agrabah — but so did 19% of Democrats. 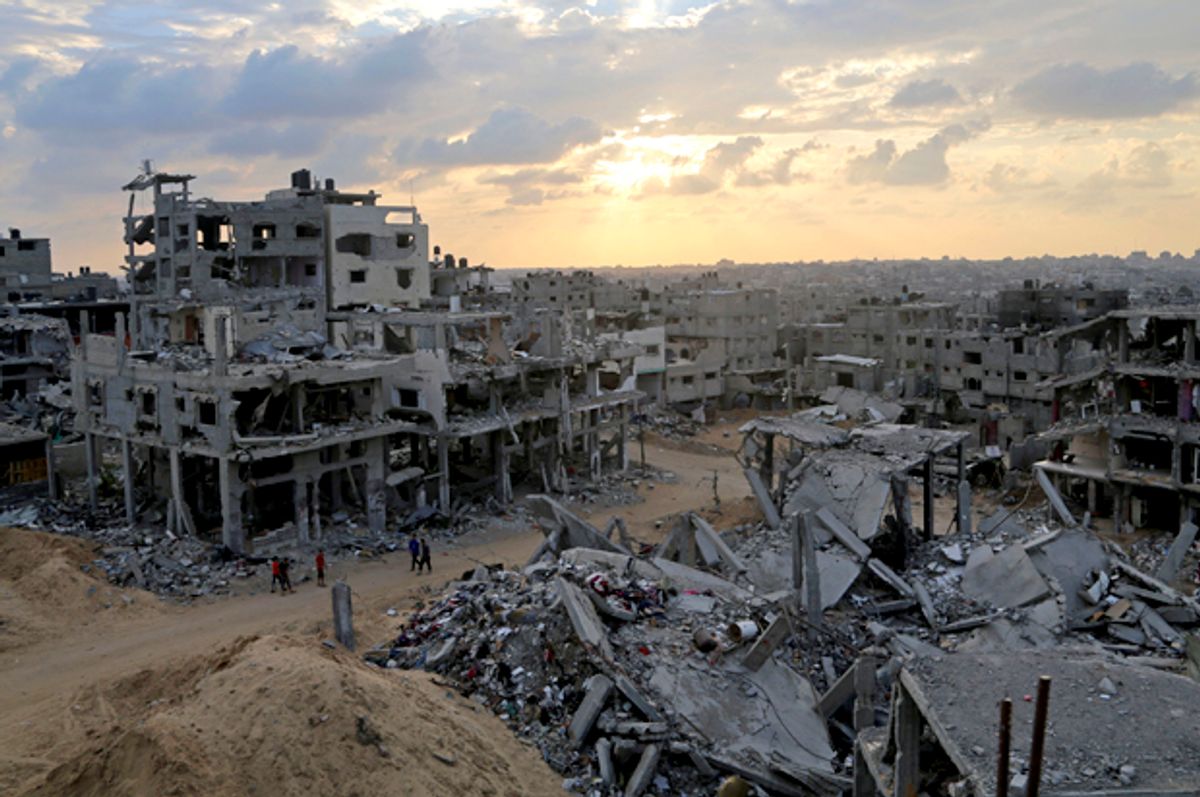 The media went wild with the story. It was reported in countless web sites, newspapers, and blogs.

Yet virtually everyone is missing the larger point.

What was almost completely ignored was the fact that PPP also asked Democratic primary voters if they would bomb Agrabah. 19 percent said they supported it.

The media has, predictably, turned this study into a vacuous partisan cause célèbre, while ignoring the larger implications of the poll: Both parties are violent and hawkish.

Democrats have started and overseen plenty of wars. Obama's presidency has been no exception.

The Obama administration reduced Libya to rubble in the catastrophic 2011 NATO bombing campaign spearheaded by Hillary Clinton, destroying the government and plunging the nation into chaos.

Obama extended the disastrous war in Afghanistan twice — breaking his many promises that he would end it.

The secretive drone war drastically expanded under Obama has killed thousands of people, including hundreds of civilians, while terrorizing average people in Pakistan and beyond.

While Israel brutally bombed Gaza in the summer of 2014, killing more than 2,250 people, the vast majority of whom were civilians, destroying hospitals, schools, homes, shelters, mosques, and churches in what human rights organizations called war crimes, the Obama administration wholeheartedly stood behind Israel, boosting military aid and sending more weapons.

For eight months, the Saudi-led coalition has been raining bombs on Yemen, killing thousands and carrying out more war crimes. Obama has, once again, stood behind the coalition, which the U.N. says is responsible for two-thirds of civilian casualties.

Democrats have said virtually nothing about these policies. Why? Because they are being carried out by a Democratic administration.

These are wars that have left hundreds of thousands of people dead and displaced millions, fueling the worst refugee crisis since World War II. But there has been little dissent from American liberals.

It is no surprise, then, that roughly one-third of Democrats who responded with a yes or no to PPP said they would support bombing the fictional country from "Aladdin."

Clearly Republicans are much more hawkish than Democrats, but Democrats are already incredibly hawkish to begin with.

Instead of framing the poll in terms of fatuous dogmatism, we should reflect on the fact that it shows just how violent and hawkish both hegemonic U.S. political parties are, and work toward a more peaceful — and sensible — foreign policy.