just when you thought all was lost, justice arrived for the Pharma Douche -- and Larry Wilmore celebrates 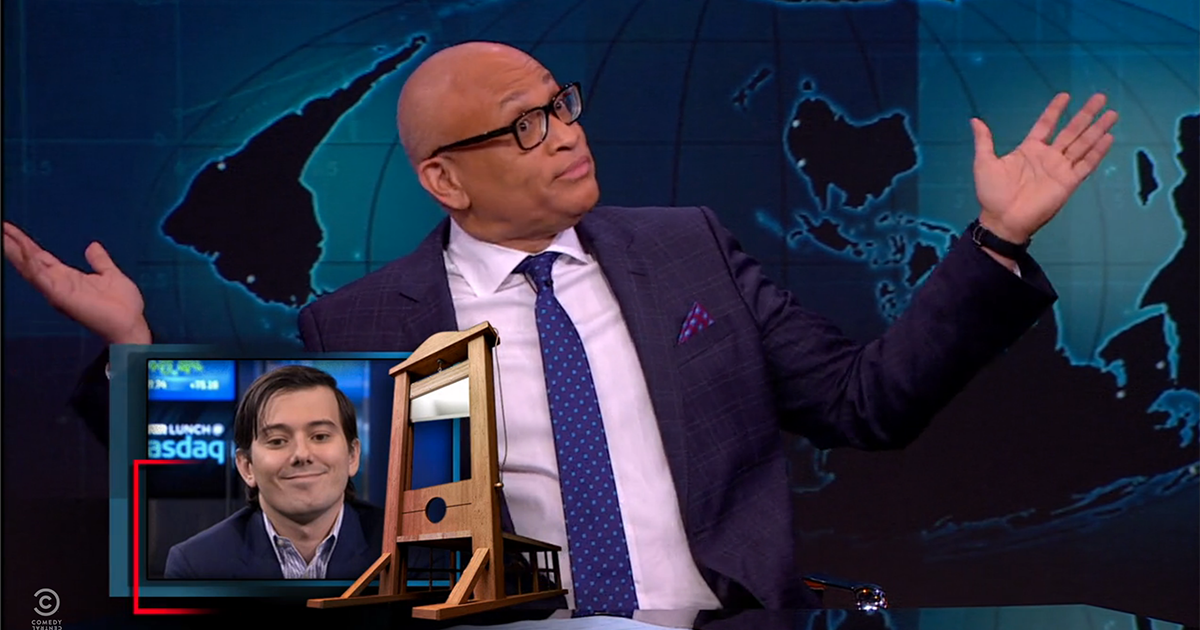 After a year of racism and injustice, Wilmore was pleased to announce something positive. Pharma bro Martin Shkreli, who is know for taking an affordable HIV/AIDS pill and jacking up the price 5,000 percent, might be off to the pokey for securities fraud. Wilmore suggested the guillotine because "some people just need to die. And it shouldn't be the AIDS and cancer patients."

It isn't like he's taking the money and giving it to sick people, Wilmore observed. "He just bought a rare Wu-Tang Clan album locked up in a vault in Morocco, have you heard about this? For like $2 million."