Stephen Colbert geeks out over "Star Wars," explains the original plot: "A criminal and his screaming dog-friend give them a ride to outer space"

Apparently China never really got into the original trilogy, due to the suppression of western media in 1977 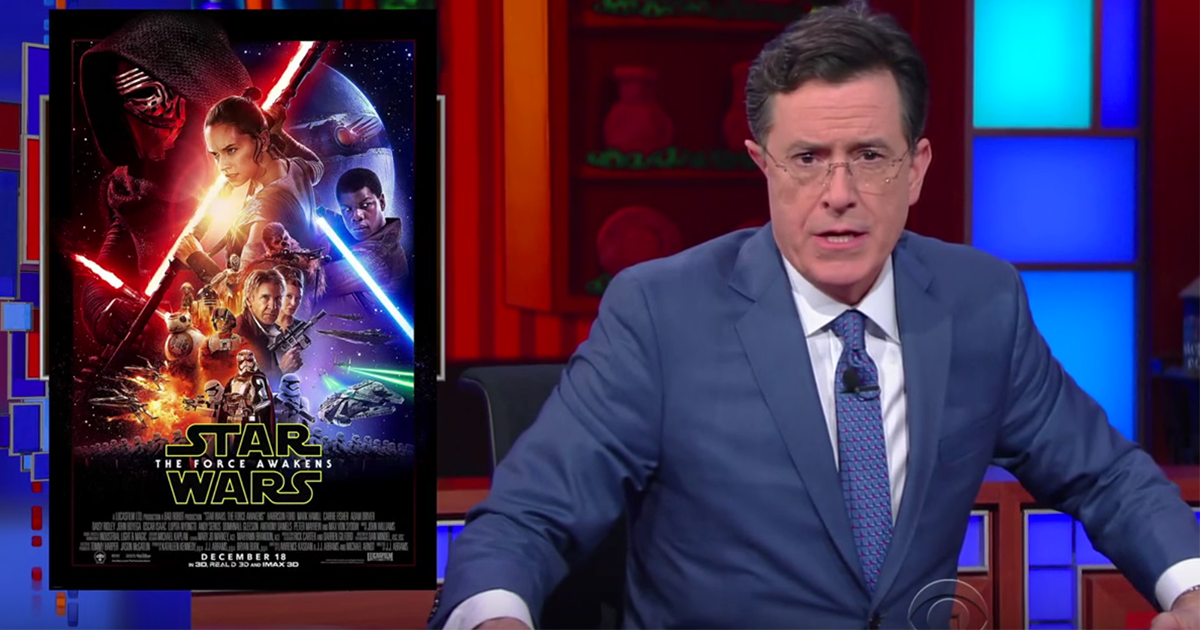 Apparently there is a place in the world where people have not yet been touched by the majesty that is "Star Wars." Stephen Colbert explained on Friday's "Late Show" that China isn't all that familiar with the film "though they're probably familiar with some of the toys," showing a photo of a sweatshop.

Evidently, the original "Star Wars" came out at a time when China still suppressed all western media. Consequently, many have still never really seen it, so no one in China is freaking out this week the way we all are. So, Colbert took it upon himself to serve as the International "Star Wars" Ambassador to the People's Republic of China and explain the film so they don't seem lost.

"'Star Wars' is the story of a simple farm boy who buys two robots. One looks like a garbage can, the other is programmed to be scared all the time for some reason, I’m not sure why," said Colbert. "The robots lead the farm boy to an elderly shut-in who tells them they must defeat a handicapped man who needs a full-body respirator just to stay alive."

He goes from there to cover the high points of the original trilogy. Check it out: