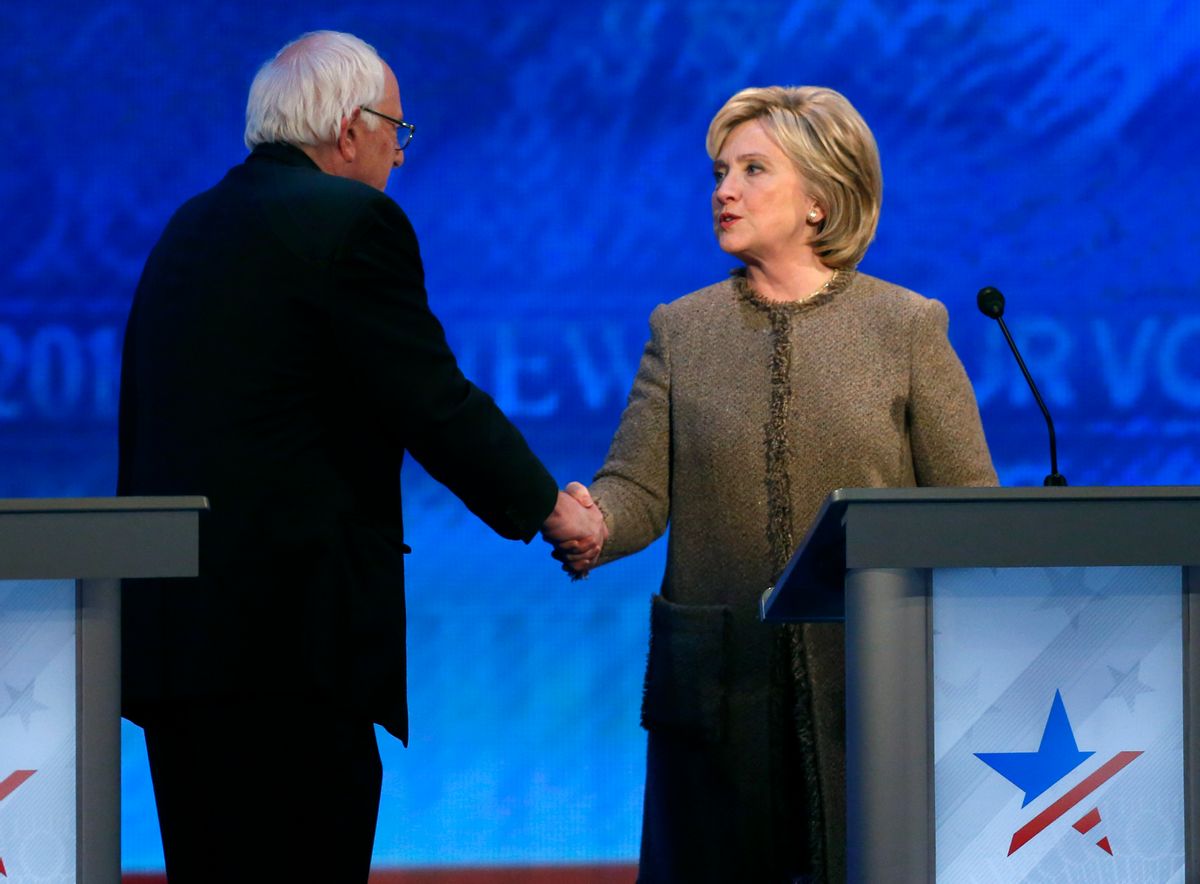 During the candidates’ discussion on college education, Clinton stated that Senator Sanders’ proposals would cost trillions of dollars, saying, “Free college, a single payer system for health, and it's been estimated we’re looking at 18 to $20 trillion, about a 40 percent [dent] in the federal budget.”

This is flat wrong.

The $18 trillion price tag comes from an article published in the Wall Street Journal. Authored by Laura Meckler, the piece attributes the vast majority— $15 trillion— of this exorbitant amount to Bernie Sanders’ plan to expand Medicare and guarantee care for all sick or injured Americans.

Meckler writes that, “… a similar proposal [to expand Medicaid] in Congress… would require $15 trillion in federal spending over 10 years on top of existing federal health spending, according to an analysis of the plan by Gerald Friedman, an economist at the University of Massachusetts at Amherst.”

He wrote a response article, published in The Huffington Post, entitled, “An Open Letter to the Wall Street Journal on Its Bernie Sanders Hit Piece,” in which he clarified that, “...by spending these vast sums, we would, as a country, save nearly $5 trillion over ten years in reduced administrative waste, lower pharmaceutical and device prices, and by lowering the rate of medical inflation.

“These financial savings would be felt by businesses and by state and local governments who would no longer be paying for health insurance for their employees; and by retirees and working Americans who would no longer have to pay for their health insurance or for co-payments and deductibles. Beyond these financial savings, HR 676 would also save thousands of lives a year by expanding access to health care for the uninsured and the underinsured.

“The economic benefits from Senator Sanders’ proposal would be even greater than these static estimates suggest because a single-payer plan would create dynamic gains by freeing American businesses to compete without the burden of an inefficient and wasteful health insurance system. As with Senator Sanders' other proposals, the economic boom created by HR 676, including the productivity boost coming from a more efficient health care system and a healthier population, would raise economic output and provide billions of dollars in additional tax revenues to over-set some of the additional federal spending.”

There was absolutely no reason for the Journal to ever claim otherwise. In the cited research paper, Friedman clearly writes, “Health care financing in the U.S. is regressive, weighing heaviest on the poor, the working class, and the sick. With the progressive financing plan outlined for HR 676 (below), 95% of all U.S. households would save money.”

Americans spend more than twice as much on health care as other countries of our wealth, yet the bodies of our citizens are far more broken and ill. We have higher infant mortality, higher rates of obesity, higher number of chronic diseases— we even die younger than people of other nations.

And we are going into debt over our lack of good, affordable care— more than any other reason, U.S. citizens are forced into bankruptcy over their medical bills.

Sanders’ plan would change this corrupt system, ensuring health care for all under a more efficient and cost-effective system. As The Washington Post notes, “...you can’t say [Sanders’ single-payer proposal] represents some kind of profligate, free-spending idea that would cost us all terrible amounts of money.”

It is time we catch up to the rest of the world, whose societies live healthier and less bankrupt lives.