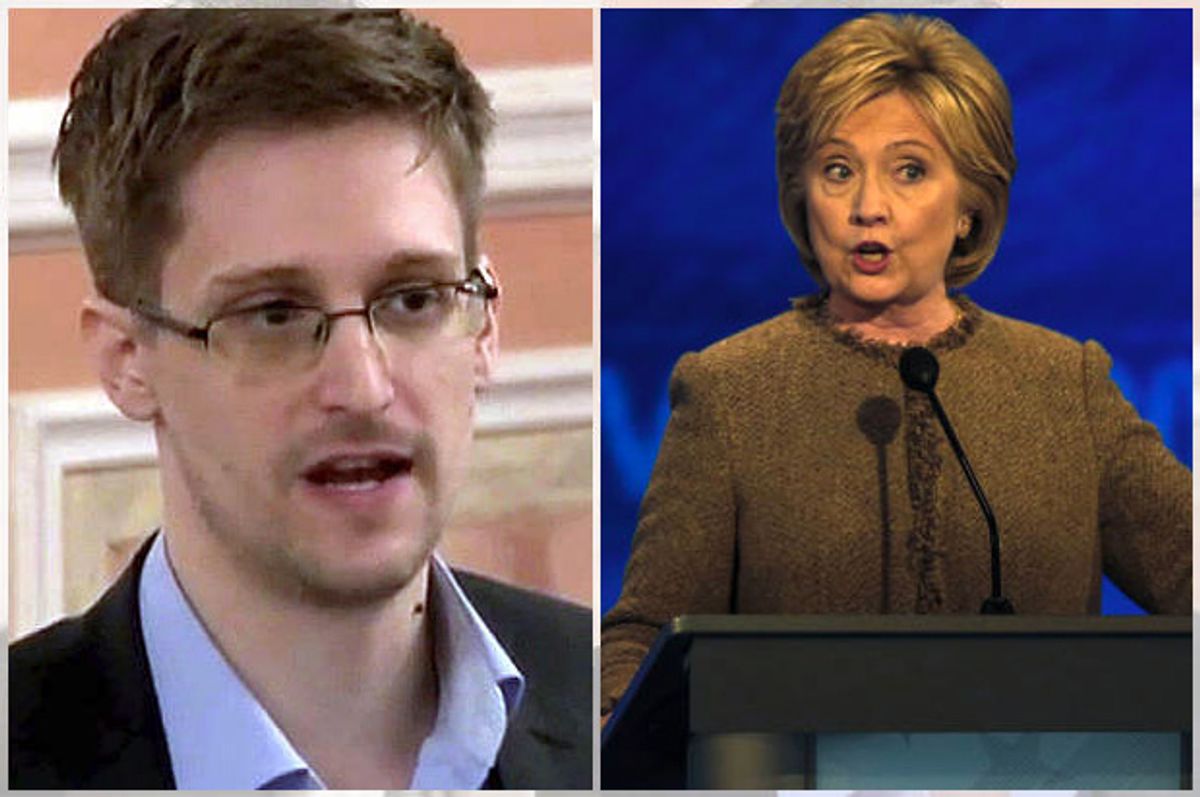 Snowden, who worked for a private contractor with the National Security Agency (NSA), leaked documents in 2013 showing how the U.S. government was spying not just on all of its citizens' private phone calls and messages, but also even on the private phone calls of allied heads of state in Germany, France, and more. Journalist Glenn Greenwald, the Washington Post, and leading British newspaper the Guardian were awarded the prestigious Pulitzer Prize, journalism's highest honor, for their work with Snowden.

Snowden was referring to Clinton's hawkish foreign policy positions, which she defended in the New Hampshire debate.

When Clinton proudly stood by her role building a coalition and leading the 2011 NATO war in Libya, which destroyed the government and plunged the country into chaos, Snowden sarcastically tweeted "That Libya coalition worked out great."

Today, large swaths of Libya are divided among rivaled warlords, and al-Qaeda and ISIS are growing amidst the chaos.

Candidate Bernie Sanders condemned Clinton's aggressive foreign policy positions, stating "I want a new foreign policy, one that takes on ISIS, one that destroys ISIS, but one that does not get us involved in perpetual warfare in the quagmire of the Middle East." He added, "Secretary Clinton is too much into regime change and a little bit too aggressive without knowing what the unintended consequences might be."

Snowden concluded with a third tweet about the debate, writing "Sanders unexpectedly more credible on foreign policy than OM [fellow candidate Martin O'Malley] and Clinton, who repeat conventional wisdom that failed for a decade."