Sanders said "Clinton is too much into regime change," criticizing her role in the disastrous wars in Iraq & Libya 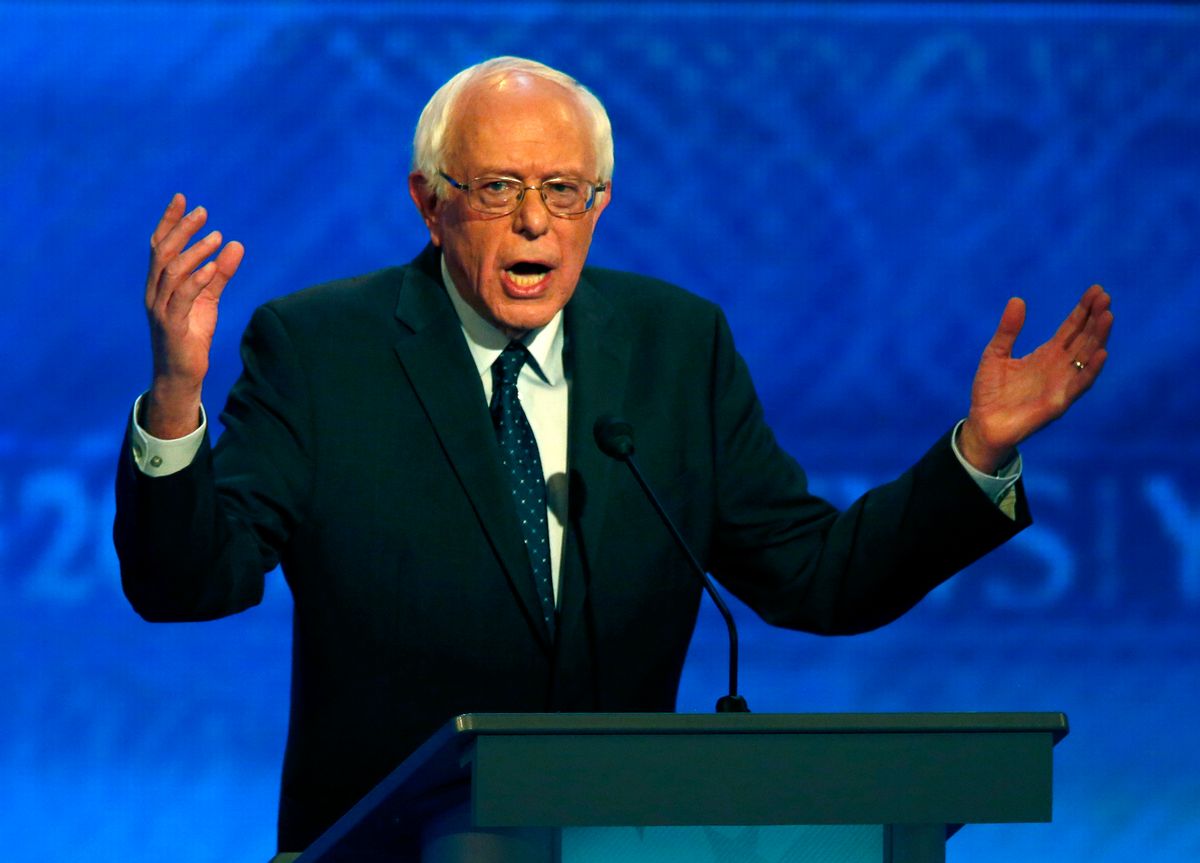 "I want a new foreign policy, one that takes on ISIS, one that destroys ISIS, but one that does not get us involved in perpetual warfare in the quagmire of the Middle East," Bernie Sanders began the Democratic presidential debate Saturday night.

The critical debate was held in New Hampshire, where Sanders has been leading Clinton in the polls. Foreign policy and national security were some of the most contentious issues of the night.

Sanders butted heads with Hillary Clinton, whom he accused of being overly hawkish.

"Secretary Clinton is too much into regime change and a little bit too aggressive without knowing what the unintended consequences might be," Sanders said. "Our differences are fairly deep on this issue. We disagreed on the war in Iraq. We both listened to the information from Bush and Cheney. I voted against the war."

"I do not believe in unilateral American action," Sanders stated. "I believe in action in which we put together a strong coalition of forces, major powers and the Muslim nations."

"Number one, our goal is to crush and destroy ISIS. What is the best way to do it? Well, I think there are some differences of opinion here, perhaps between the secretary and myself," he explained. "I voted against the war in Iraq because I thought unilateral military action would not produce the results that were necessary and would lead to the kind of unraveling and instability that we saw in the Middle East."

"Regime change is easy, getting rid of dictators is easy. But before you do that, you've got to think about what happens the day after," he stressed. "And in my view, what we need to do is put together broad coalitions to understand that we're not going to have a political vacuum filled by terrorists, that, in fact, we are going to move steadily -- and maybe slowly -- toward democratic societies, in terms of Assad, a terrible dictator."

Fellow candidate Martin O'Malley joined Sanders in criticizing the U.S. policy of "toppling dictators without having any idea what comes next."

"I know Secretary Clinton was gleeful when Qadhafi was torn apart," O'Malley said, referring to a TV interview in which Clinton, defending the NATO war in Libya, quipped "We same, we saw, he died."

"But look, we didn't know what was happening next," O'Malley continued. "We have a role to play in this world. But we need to leave the Cold War and that sort of antiquated thinking behind."

Clinton pushed back against Sanders' and O'Malley's accusations, defending her past actions and her hawkish foreign policy.

"I know how hard it is to build coalitions. I put together a coalition, including Arabs, with respect to Libya and a coalition to put sanctions onto Iran," Clinton said. In her role as secretary of state, Clinton helped lead NATO's war in Libya, which destroyed the government and plunged the country into chaos. Now, large swaths of the North African nation are divided among rivaled warlords, and al-Qaeda and ISIS are growing amidst the chaos.

"If the United States does not lead, there is not another leader. There is a vacuum," Clinton insisted. "We have to lead, if we're going to be successful."

Clinton proposed "an American-led air campaign" to defeat ISIS, but opposed putting more U.S. forces on the ground in the Middle East.

"We have to support Sunni-Arab and Kurdish forces against ISIS, because I believe it would be not only a strategic mistake for the United States to put ground combat troops in, as opposed to special operators, as opposed to trainers, because that is exactly what ISIS wants," she stated. "I think it's absolutely wrong policy for us to be even imagining we're going end up putting tens of thousands of American troops into Syria and Iraq to fight ISIS."