There is no bromance between Donald Trump and Vladimir Putin

When the Russian president says the Donald is "very outstanding," he's really sending a message to the White House 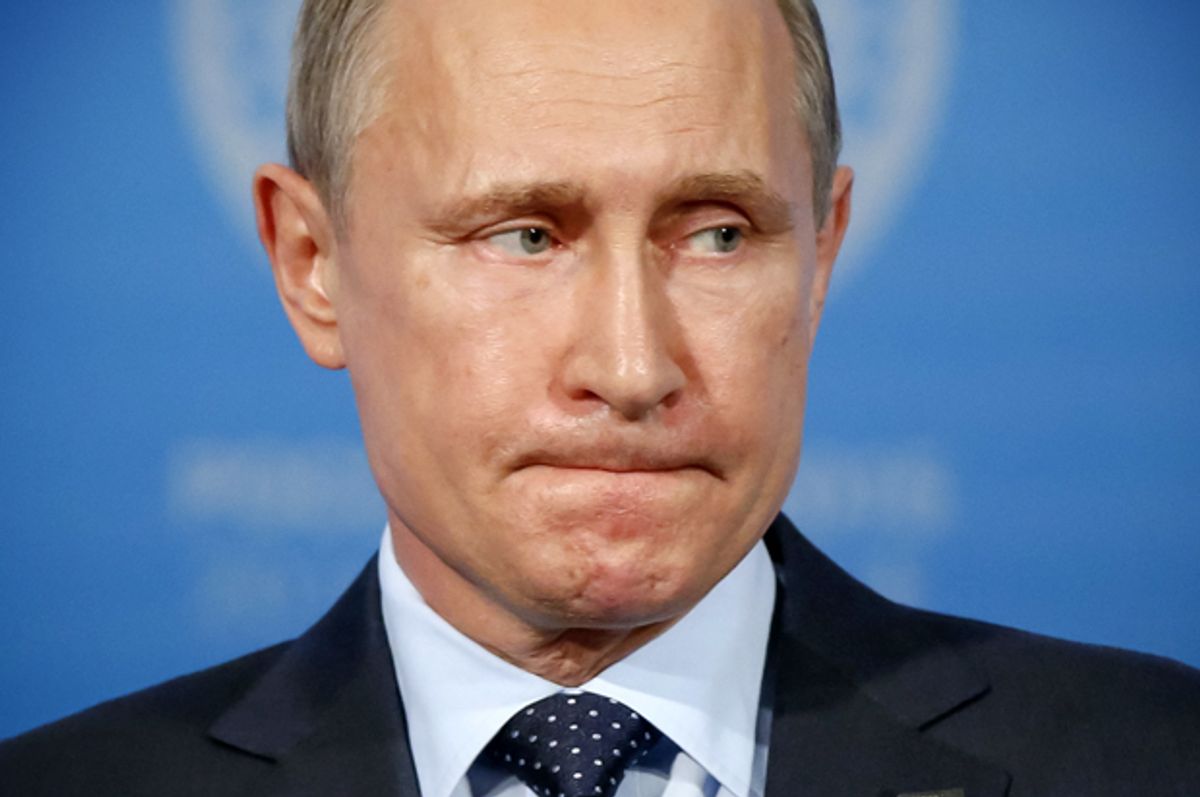 “When people call you brilliant it's always good, especially when the person heads up Russia,” Trump said on MSNBC Friday morning. He also applauded Putin as “a leader, unlike, you know, what we have in this country.”

But not so fast: The Donald might want to curb his excitement about Putin’s flattering words.

Russia’s leader is much more calculating than he lets on, experts say, and is probably not as enamored with Trump as it seems.

Matthew Rojansky, director of the Kennan Institute think tank in Washington, DC, believes Putin is really just signaling to the American leadership that he’s paying close attention to the 2016 US election race.

“This is Putin’s way of using the Trump opportunity to send messages to the current president and other potential candidates,” Rojansky told GlobalPost. He added that Putin knows that the billionaire tycoon is the only candidate who hasn’t criticized Russia for its meddling in Ukraine and Syria.

But what if Trump actually becomes president, and the two outsize men meet as diplomatic partners?

As far as most Russians are concerned, they’d appreciate an American leader who isn’t too critical of the Kremlin. President Barack Obama's administration has criticized the government and hit Russia with economic sanctions since it annexed Crimea from Ukraine last year. But Trump complains America’s gotten overly involved. He even once said Crimea is “Europe’s problem.”

But some Russian commentators are more wary of the rich real estate mogul.

A recent column in a prominent nationalist journal pointed to Trump’s campaign slogan — “Make America Great Again!” — and argued the billionaire would become a shrewd defender of American interests.

However, Rojansky says that in case Trump were elected, Putin might apply his well-honed skill of reading his partners and exploiting their weaknesses. That would mean massaging The Donald’s ego by playing nice and living up to the tycoon’s claims that he’d work well with Putin to patch things up.

“He’s going to allow Trump to do that, and in the process of that he’s going to get a lot of what he wants,” Rojansky said. “Which is probably, at a minimum, coming back into the normal fold of international leaders and not having to pay a very big price for Ukraine and Crimea.”